Is there evidence to support that the Earth has a molten core?

I am told the Earth has an molten core. Is this a theory or has this been proven?

There is pretty strong evidence falling into groups

As transversal waves do not propagate through liquid. By monitoring the travel times and types of seismic waves globally after earth quakes, one can reconstruct the velocity profile for the different kinds of waves in inner of the earth. Then one can see that the transversal waves are reflected (by something that is pretty surely the molten core).

This way, one can even conclude that there is a hard inner core under the molten core (which is in the ongoing process of crystallizing out of the liquid outer core, the released energy is one important source for the convection of the outer core and thus continental drift, the other energy source being radioactive decay of primordial radioactive isotopes).

To my knowledge there is no sensible explanation for the magnetic field of the earth, other than it is created by a conductive fluid that is in convection in the inner of the earth.

There are probably other proofs (e.g. astronomical high-precision measurments of the moon).

Both kinds of waves have shadows on the opposite side of the Earth, but the differing size and shapes of those shadows show that the outer core is liquid but the inner core is solid.

Is there evidence to support that the earth has a molten core?

Yes. We have these things called volcanoes: 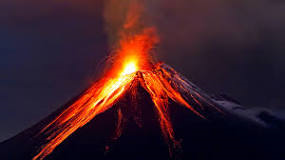 Not the answer you're looking for? Browse other questions tagged earth geophysics or ask your own question.

15
What is the evidence for the super-rotation of Earth's inner core?
60
Why has Earth's core not become solid?
7
Why does earth's magnetic field change its direction?
4
Why geologist do not consider molten iron in the magma to be the source of Earth's magnetic field?
7
How do we know the Earth's core is Molten with Seismology?
0
Thermodynamics of the Earth’s core
1
Does the inner core of the Earth drop?
19
How much of Earth's mass is created by the energy of the core?