Okay, so I got some really great advice from the community here but I am still hung up on some conceptual problems. I posted earlier trying to determine the axis that a bicycle rotates about when doing a wheelie. Since then I have realized that there is not any unique axis in rotational motion, rather axes are better chosen for the convenience of calculation. Here is the diagram of the object of interest: 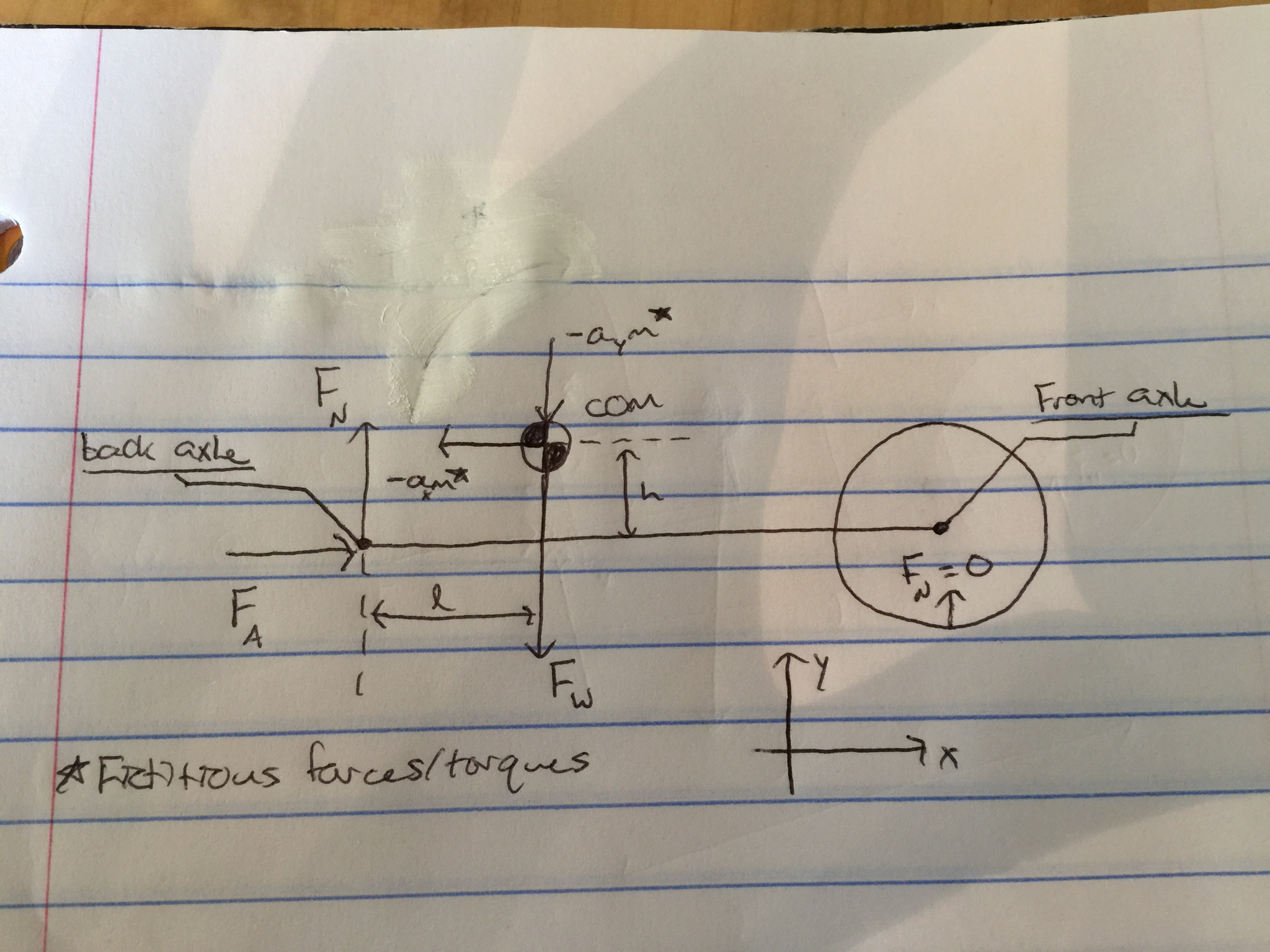 It shows the frame of a bike and its front tire at the moment that it begins to lift off the ground. As I have chosen the bike as a frame of reference, its acceleration creates fictitious inertial forces in both the x and y direction.

I have chosen the center of mass as having the same position as the axis of rotation in order to easily break down motion into its transnational and rotational components.

Sorry if I'm missing a detail here - but how can you choose the center of mass? Isn't that determined by the shape/mass distribution of the bike? And the axis of rotation ought to be the center of the rear tire, no?

Just imagining a wheelie I can see that the center of mass should move upwards to some degree, as the wheelie is an upward rotation.

(posting as answer because I don't have the rep to comment...)

Not the answer you're looking for? Browse other questions tagged torque moment or ask your own question.

5
Force applied off center on an object
0
How can the torque a bicycle experiences be calculated based on the center of gravity, weight and a force?
5
Acceleration of Center of Mass in Rotational Motion
3
How does a wheelie work?
0
Need help understanding angular acceleration due to gravity
4
Would a force not cause acceleration $a=\frac{F}{m}$ if part of it is used to cause rotation?
0
Torque on accelerating tire
0
Confusion regarding torque and calculating linear/angular acceleration of an object when a force is applied a distance from its center of mass?
0
Question regarding Torque and Angular Acceleration