If space itself is expanding, then why would it have any effect on matter (separates distant galaxies)?

Gravity doesn't have a cutoff distance

You are talking just classical Newtonian gravity. But this isn't how gravity works on big scales. On big scales gravitation is just an appearance caused by the fact that the space-time is curved. If it is curved in a certain way then the appearance is that the objects attract each other. Like this: 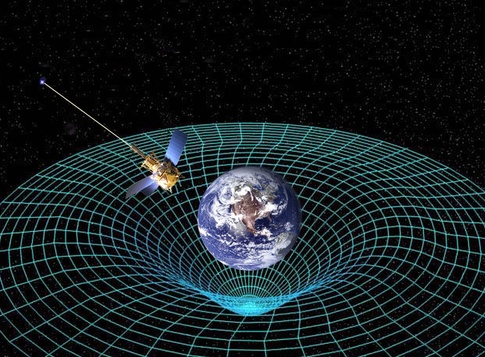 But on huge scales these local, attractive, deformations are completely negligible. When you take whole space-time into account, it is curved differently (more onto this in the last section). And the important fact is that the space-time expands (like when you blow into a balloon). Because it expands, the distances between any two points are getting bigger and it seems like everything is getting away from you. So that gravitation is actually a repulsive force on big scales (or at least, it can be; again see the last section for a clarification).

I actually think you've been misled. Usually (in my experience) when people say that space is expanding, what they mean is that the universe is expanding - but that just means that the objects in the universe are getting further apart (or, in the case of a continuous mass/energy distribution, that the density is decreasing with time). This is what the cosmological scale factor $a(\tau)$ is for: it describes the change in the distance between two objects (like galaxies) whose motion is subject to large-scale interactions only.

Now, because $a(\tau)$ is part of the metric, which specifies the distortion (or "curvature") of spacetime, it's easy to think that this scale factor would characterize the expansion of space itself. But I think that's the wrong interpretation, or at least a confusing interpretation. The scale factor really just relates to measurable distances between objects. So instead of trying to figure out what it means for space to expand, just think about things getting further apart.

Moving on, you're right to say that, if things behave the way we would intuitively expect them to, the expansion of the universe should be slowing down due to gravitational attraction. But the best experimental observations that I am aware of show that the opposite is true: the expansion is speeding up. Unless you're prepared to argue that the experiments were performed or interpreted incorrectly, that means that something nonintuitive must be going on.

There's still a lot of debate about what exactly could be making the expansion of the universe speed up. Whatever it is, cosmologists are calling it dark energy (back in Einstein's day they called it the "cosmological constant"), but nobody has a satisfactory explanation of why this dark energy exists, or what its properties might be, other than the fact that it makes the universe's expansion speed up. This is one of the biggest open questions in modern cosmology.

2
Do atoms expand with universe?
1
Why doesn't Brooklyn expand? (Or "Is the expansion of the universe kinematic?")
0
Expansion of Universe
6
Elasticity of Space; How does the expansion of Space affect gravity?
2
Why every galaxy is moving away from every other galaxy on astronomical scale? because of an explosion or because of creation of space?
2
Do things in the universe get farther apart or bigger? (Amateur)
0
Universe expanding - Interstellar space, Intergalactic space or Intersupercluster space?