I'm posting this question as a function of an another question I found here:

What is potential energy truly? The answer of WetSavannaAnimal aka Rod Vance.

As I understand the hole point is to see the interactions of the system and the change of properties so the constants of motion may hold.

But, in the Aharonov-Bohm effect, don't we have a manifestation of the potential and an action from it to the electron outside, even if the field is zero?

So the question is: Does the Aharonov-Bohm effect gives something for the potential(at this example of the effect, the magnetic vector potential) as a physical being?

What is potential energy truly?

It depends on the circumstances. When you compress a spring it's stress in the bonds or electromagnetic field between the atoms. IMHO at the fundamental level it's essentially spatial stress. That might sound unfamiliar, but it shouldn't, because the stress-energy-momentum tensor "describes the density and flux of energy and momentum in spacetime". However when you lift a brick you do work on it and add potential energy, but this is really just hidden internal kinetic energy in line with Einstein's E=mc². When you drop the brick this is converted into external kinetic energy, then when this kinetic energy is dissipated you're left with a mass deficit, see Wikipedia.

Does the Aharonov-Bohm effect gives something for the potential... as a physical being?

Yes. Again see Wikipedia. Electromagnetic four-potential isn't quite the same thing as potential energy, but it is something very real. As for what it actually is, I'm not sure there's an authoritive definite answer, but I'd say it's something akin to spatial stress-energy-momentum. For an analogy, the four-potential is like the height of the ground whilst the electric field is like the slope, and you can tell when you're on a high plateau.

As an aside I should mention that what we call the Aharonov-Bohm effect was in fact predicted by Ehrenberg and Siday in their 1949 semi-classical paper The Refractive Index in Electron Optics and the Principles of Dynamics. Electrons shown as plane waves going past the solenoid are retarded on one side and advanced on the other, see figure 2, so the interference fringes shift as per figure 3: 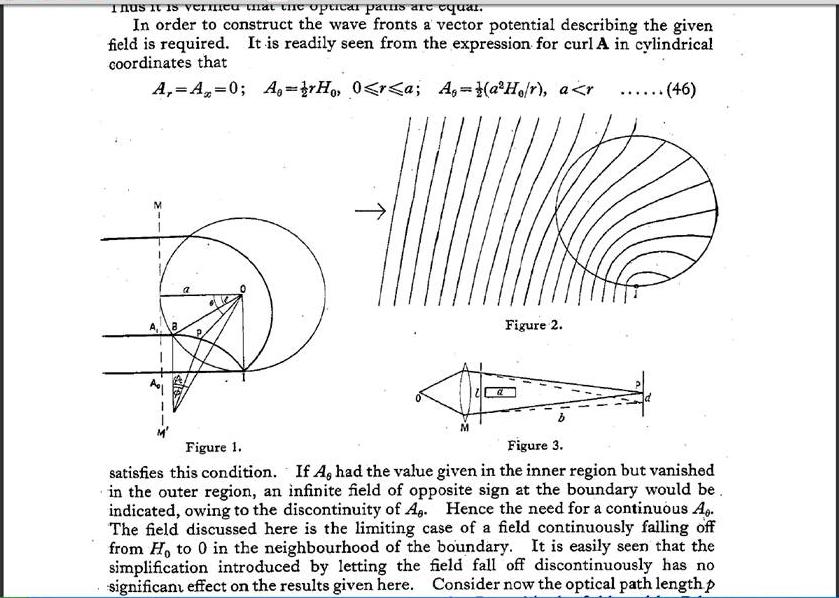 27
What is potential energy truly?
23
What is the conclusion from Aharonov-Bohm Effect?
29
Local explanation of the Aharonov-Bohm effect in terms of force fields
4
The meaning of potential in Bohm-Aharonov experiment