Digital colors: why RGB instead of RYG? [duplicate]

Ask Question
Asked 6 years, 7 months ago
Active 5 days ago
Viewed 2k times
2
$\begingroup$
This question already has answers here:
Why is there a difference between additive and subtractive trichromatic color theories? (4 answers)
Why are color values stored as Red, Green, Blue? (4 answers)
Closed 6 years ago.

We know that Red, Yellow, Blue are primary colors. Any other color can be created by mixing these color. Graphical representation is below: 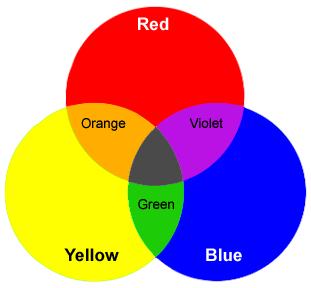 But when I began to learn about computers, I noticed that Green is used as Primary color instead of Yellow! Why is it like that, cause in above wheel Green is secondary color which can be made by mixing Blue & Yellow! Is there any scientific reason behind it?

When we mix colours such as paint together, the colours block out parts of the spectrum when they are mixed, this is called a subtractive colour system. Red, Yellow, and Blue; being primary colours in a subtractive colour system, create black when they are all mixed together because all parts of the spectrum are blocked out (absorbed) by the three colours.

When we deal with light however, the opposite is true. When beams of two different colours of light are placed on top of each other, a new colour is formed by adding the spectrum of one colour to that of another, this is known as an additive colour system because the parts of spectrums are added, when beams of Red, green, and Blue light (RGB primary colours) are placed on top of each other, the result is white light.

The reason that there are different systems is because subtractive (RYB) system is used to describe physical objects and how they interact with light to produce colour and additive colour systems on the other hand involves the colour of light itself.

The phenomenon I have explained above can be seen below. 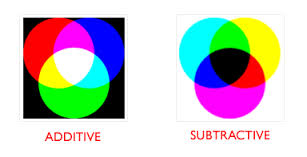 10
Why is there a difference between additive and subtractive trichromatic color theories?
5
Why are color values stored as Red, Green, Blue?

9
What are colors?
1
Are RGB LED's only capable of producing three colors of light? What about all the other colors?
4
Why does an yellow object absorb blue instead of all colors other than yellow?
0
What are the "real" primary colors and complementary color pairs?
10
Why does the additive color model use red, green and blue instead of yellow, green and violet?