Why is the singularity of the Big Bang not considered to be the center of the Universe? [duplicate]

If the universe is expanding, then at some time in the past, it must have started from a single point but why this point is not the center of the Universe. Just like the singularity of black holes is its center?

it must have started from a single point

This is a common misconception popularized buy the media. Imagine this grid: 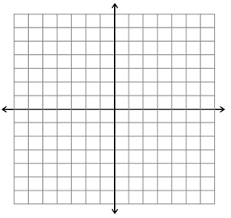 The balloon analogy imagines the universe as a 2D surface expanding around a central point as it moves through a 3rd dimension of time. This may be the origin of confusion as in reality there is no 2D surface of expansion, like a wave front, but rather an expansion of 3D spacetime, wherein every point in space quite literally is its own central point from which the rest of the universe expanded. Hence the red shift of all distant galaxies, as would be the case regardless of your location. This is not as straightforward to illustrate, nor as easy to comprehend, as the balloon analogy, but we don't live on a balloon, we live within an expanding 3D space!

Not the answer you're looking for? Browse other questions tagged cosmology universe space-expansion big-bang singularities or ask your own question.