Shouldn't the currents be time-continuous here?

My intuition is that the current upon an inductor (say, a solenoid) will always be time-continuous, without "sudden changes". But below is a case that seemingly contradicts this point of view. 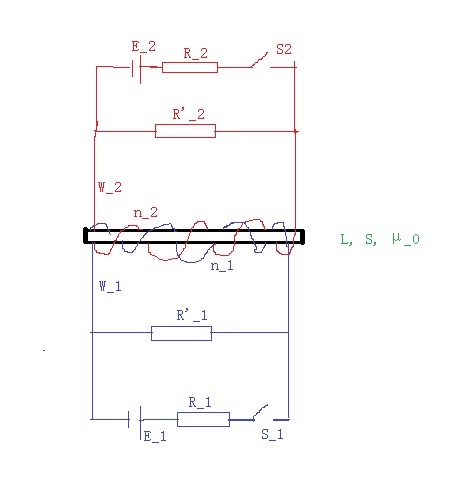 EDIT I think the reasons are probably of the following:
1).I've made too many ideal hypothesis, such as "intensely wrapped", "$L>>\sqrt S$" etc, which may make our assumptions too far away from the fact.
2).(*) is perhaps wrong (which I haven't proven rigorously but wrote by my intuition), i.e. $I_1$ and $I_2$ just won't stabilize at those expected values.
3).Or my "intuition" is just wrong. Perhaps there are sudden changes of currents in this case.

However, suppose now there are two currents, as in your example. Suppose that these currents can simultaneously change so that flux does not change. In your example, we would just need to change $I_1$ and $I_2$ in such a way that $I_1+I_2$ remains fixed. Then no emf will will be produced. This means an arbitrarily fast change is in fact allowed.

Consider a specific example where the two systems are symmetric except one has a larger resistance, so $L_1=L_2$ and $I_1(0)=I_2(0)$, but $R_2 = 2 R_1$. Then the only control parameter to play with is $M$, the mutual inductance, which describes the coupling between the two systems. First consider the case where $M=0$, corresponding to infinite physical separation of the two systems. In this case both currents decay from the common initial value to their different equilibrium values. The time constant describing how long the decay takes is $\tau = L /R$. Since one system has a smaller $R$, it will have a larger $\tau$. I will refer to this system as the slow system and the other system as the fast system.

Now let's imagine we increase $M$ by bringing the two systems together. Then as the fast system is nearing equilibrium, it will still see the changing field from the slow system, which has not equilibrated yet. This changing field felt by the fast system will cause it to keep a current even when it would have otherwise died out.

Now consider the case where $M$ is just slightly smaller than $L$, so that $\mathbf{L}$ is just barely invertible. Then the two system equilibrate almost instantly to a state where the currents are given by the ratio of the resistances (your eqation **). Once they have reached this state, then current decays smoothly to zero. A plot is given below. 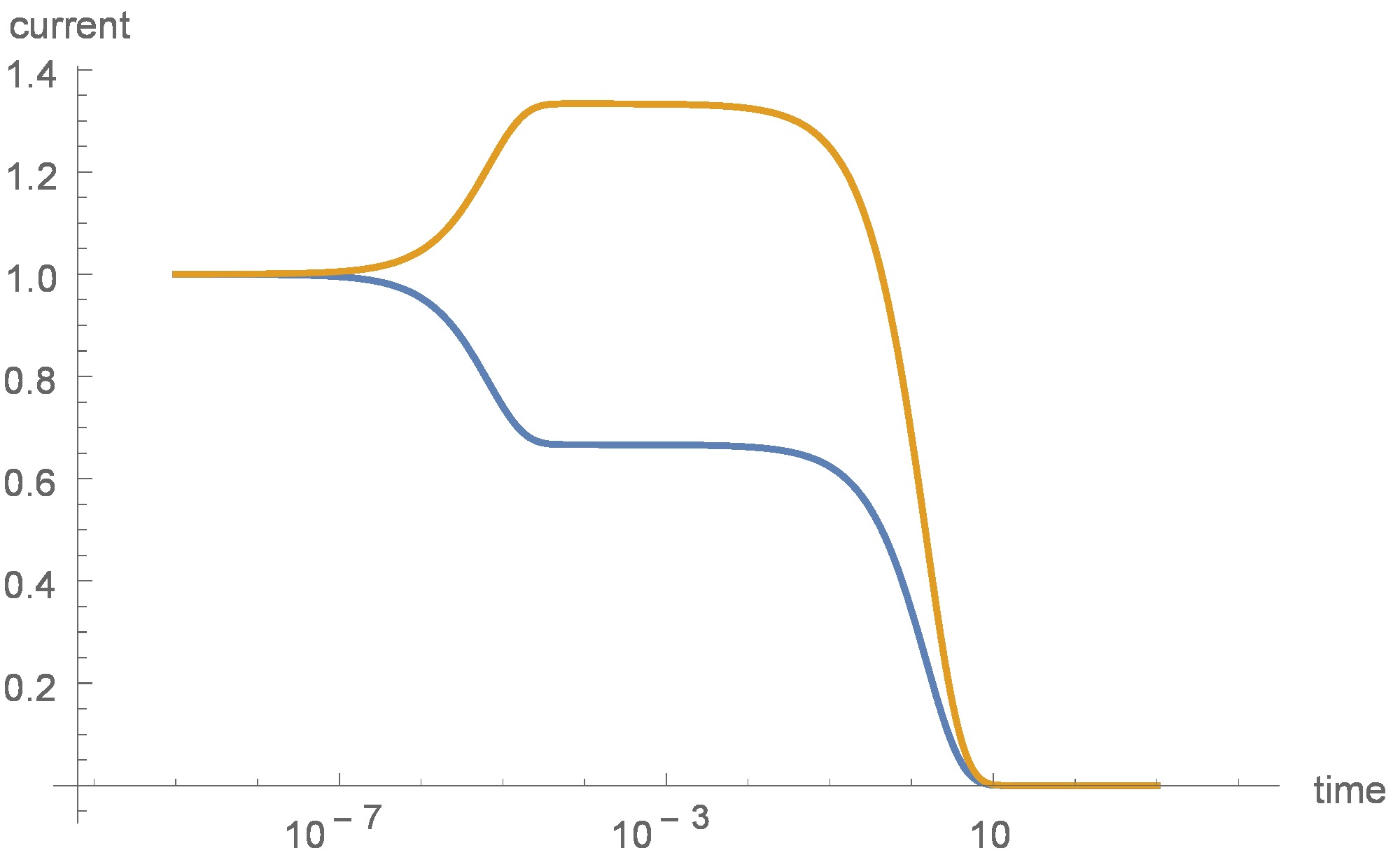 This log-linear plot has three regimes. In the first regime on the left, the currents stay equal to the initial value, because the time elapsed is smaller than the time constant for the currents to adjust so they can be consistent with (**). In the next regime, the currents have shift to be consistent with (**). Notice though that the total current has remained the same. This is because if this mechanism is to be as fast as it is, it must not cause an overall change in flux. This implies that one of the currents must actually increase. Once this state has been established, it transition to the third regime, where the currents have decayed to zero.

The final case then is the singular case where $M=L$ and $\mathbf{L}$ is not invertible. Here we can just say that the current changes instantaneously to the value given by your (**), and then decays smoothly.

Not the answer you're looking for? Browse other questions tagged electromagnetism electric-circuits magnetic-fields induction or ask your own question.