Do the arms of a spiral galaxy spin around like a candy bar in long spirals?

Because the arms of a spiral galaxy have a cylindrical-linear center, perhaps they have a cyilindrical rotation around their center same as a vortex of smoke? Have similar movements within galaxies been measured? 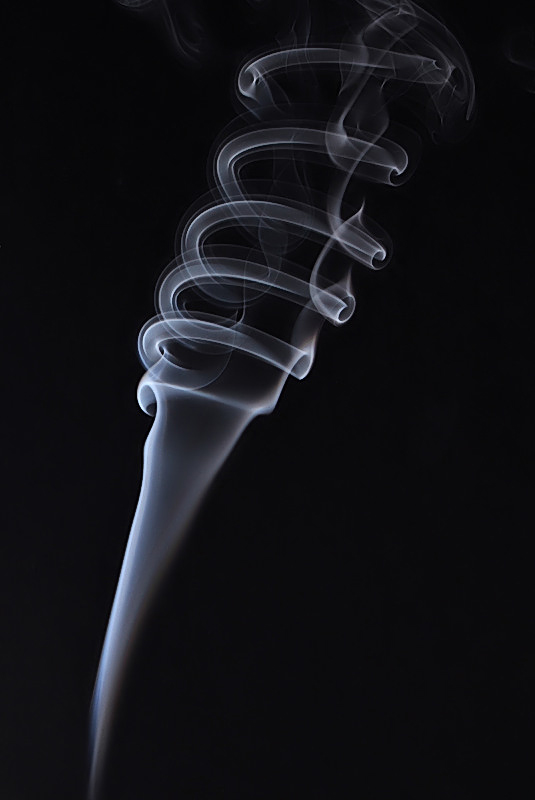 Sort of. This is demonstrated clearest in barred spiral galaxies, which make up about 1/2 to 2/3 of all spiral galaxies. A dramatic example is NGC 1365:

Others, such as M95, have spiral arms that wrap even further around while still retaining the central bar: 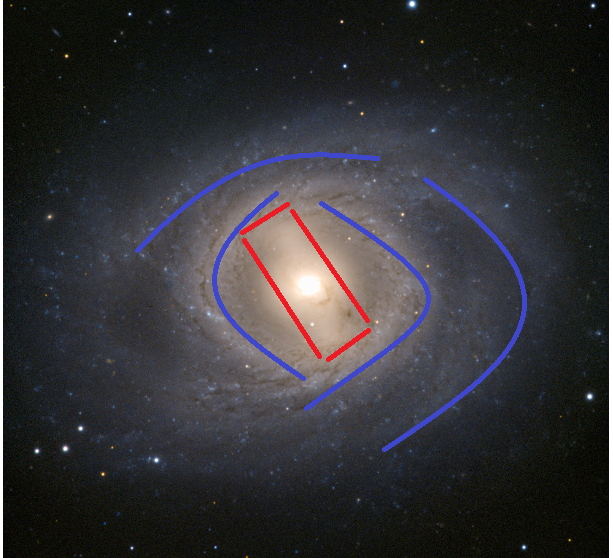 Original image courtesy of Wikipedia; color added by me in Paint.

In both cases, you can see the bar clearly dominating the central structure of the galaxy.

The thing is, though, that the spiral arms (and central areas) of a galaxy don't rotate as much as the stuff inside them. According to density wave theory, these structures are just regions of greater density, where there is more gas, dust, and stars. These objects can move in and out of the spiral arms and bars. The spiral arms are just the places where there are more stars, gas, and dust than in other places. Same goes for bars.

I have yet to see "pattern speed" applied to bars, but the same phenomena may be at work.

Have similar movements within galaxies been measured?

I suppose that I've answered this already, but I did find a good paper, Gordon (1977). He mentions that some popular techniques involve measuring radio emissions from neutral hydrogen, although he measures carbon monoxide abundances. Both techniques are used to find rotation curves and determine the pattern speed. The paper's 38 years old, though.

A good overview of bar formation and evolution can be found in Bournaud & Combes (2002). You can find another good essay on spiral arms here.

Some other related and helpful questions on Physics:

Here's one from Astronomy:

Not the answer you're looking for? Browse other questions tagged astronomy orbital-motion galaxies galaxy-rotation-curve or ask your own question.

22
Which way do spiral galaxies rotate?
11
How will the super massive black hole affect our galaxy?
0
Can one model a spiral galaxy with a similar manifold to one for a whirlpool?
0
Synthesising types of galaxies using various stellar spectra
0
Gravitation and the structure of galaxies
6
How Much Do Spiral Arms Affect Their Galaxies' Rotation Curves?