When was the first time that superconducting quasiparticles were called Majorana fermions? 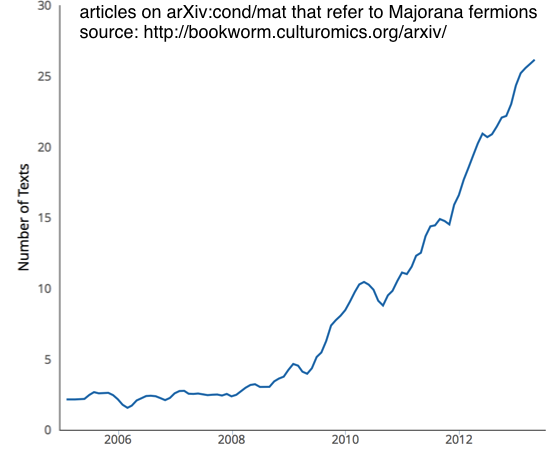 The first appearance I know of is 17 June 1999, when Senthil and Fisher posted their article on Quasiparticle localization in superconductors with spin-orbit scattering.

Is there an earlier source?

[*] An easy way to understand that Bogoliubov quasiparticles are Majorana fermions, is to note that the Bogoliubov-De Gennes equation can be transformed into a real wave equation upon a unitary transformation. It is then analogous to the real Majorana equation, with the superconducting order parameter playing the role of the Majorana mass. The pairwise annihilation of Majorana fermions, searched for in double-beta-decay of neutrinos, also has an analogue for Bogoliubov quasiparticles, as explained here.

Update (January 2016): professor Charles Marcus has pointed me to a 1993 paper on Odd frequency pairing in the Kondo lattice that represents superconducting quasiparticles by Majorana fermions, following up on earlier work on the Kondo problem. A difference with the 1999 papers cited above, is that for the Kondo problem the Majorana representation is used to encode the spin degree of freedom, rather than the electron-hole degree of freedom.

The below seems to be a candidate for the first use of the term 'Majorana fermion'. (I'm not sure if it satisfies your other criteria.)

Not the answer you're looking for? Browse other questions tagged soft-question terminology history superconductivity majorana-fermions or ask your own question.

2
Majorana equation in two forms
5
Can one define wavefunction for Bogoliubov quasiparticle excitation in a superconductor?
4
Particle-Hole transformation in Superconductor
2
What is the order of magnitude of the energy released in Majorana fermions collision/annihilation?
4
Transpose of fermion bilinears
3
What is the Hilbert space of the SYK model?
1
Neutrinos, quasiparticles and Majorana fermions
1
About universal quantum computation by “quantum wires”?