Pardon my ignorance, but I am really interested in understanding the quantum mechanics and it's interesting implications, but clearly I don't, since I keep coming up with violations to many physics theorems. In particular, the delayed choice quantum eraser experiment is of interest. Consider the wikipedia diagram, 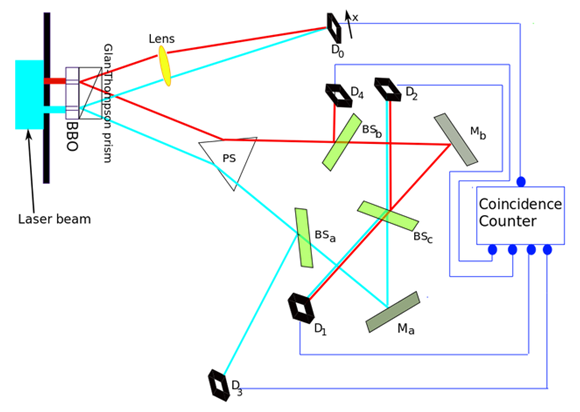 In this experiment, there is random chance for the path that will be taken in the lower part of the diagram. Hence, one must wait till the end of the experiment and then (using the coincidence counter) filter the information of each photon's path. Hence, the patterns one sees are only known after the experiment. The Quantum entanglement is only verified after the experiment is completed.

But instead of allowing random chance, what if you forced all photons to go to a particular path. To my understanding, if PS was modified (see the following diagrams) into a switch that forced either "separate slit" detection or "interference" then would that allow "faster than light" communication? 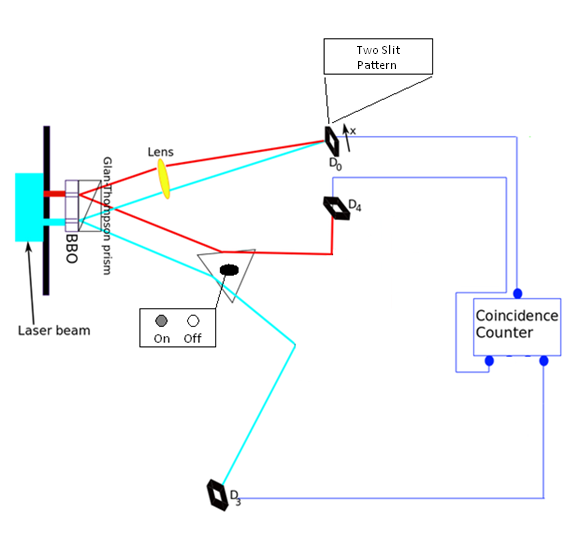 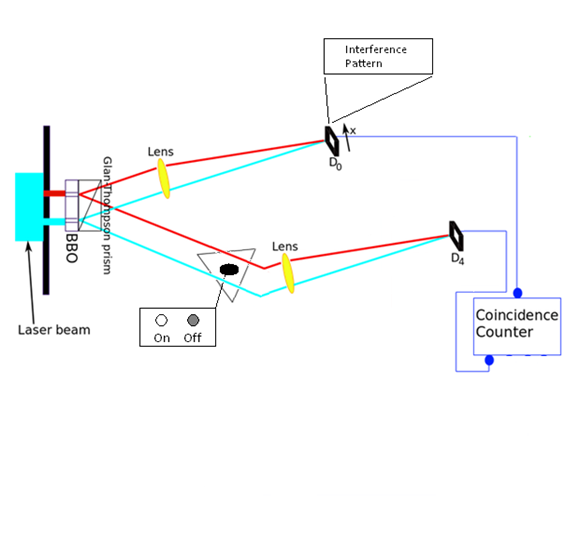 Your idea is to do faster than light communication between the observer controlling the switch and the one reading D0. Right?
If a message could be sent like that then the message would be a serie of "on" and "off". The observer at D0 should be able to tell using its readings when the switch is on or off.
Whatever happens to the photons leaving the switch would not matter since it is not part of the message. So whether they are measured in D4 D3 or anywhere doesn't change the message sent. So the switch has no effect on the message sent. No message is sent.