What do we mean with magnetic monopole and dipole?

(I might understood something wrong here so enlighten me please!)

Luckily, there exists a truly amazing one-to-one correspondence between magnetism and electricity. 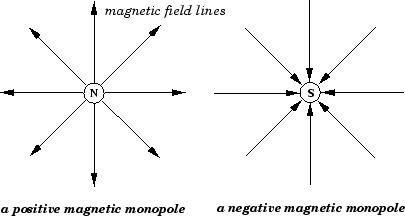 You probably noticed that the equation is identical to Coulomb's law except for the fact that we have magnetic pole strengths instead of the magnitude of charge.

As of 2016, we aren't sure if magnetic monopoles exist (we haven't found one yet). When we try to make a monopole by slicing a bar magnet exactly in the middle, we end up creating two new bar magnets where each magnet has both north and south pole. 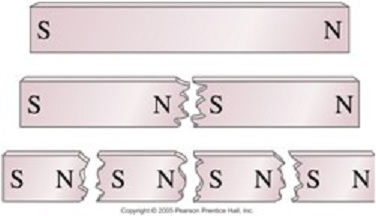 Well, you might ask how do I know about the behavior of monopoles if monopoles don't exist. Whatever I said above is just a hypothesis and the hypothesis is consistent with the reality.

When two magnetic poles of equal pole strength are kept close to each other, we call it a dipole. A bar magnet is an example of a dipole.

The field along the axis of the magnetic dipole is given by,

If you open your textbook and look for the formulae of the electrostatics analogue of the dipole, you will find that the formulae are a perfect match.

The formulae given above can also be derived from the magnetic monopole hypothesis.

A circulating electric current behaves like a magnetic dipole.

If you derive the formula for magnitude of magnetic field along the axis of the circular coil, you should get something similar to the following,

where $N$ is the number of turns in the coil, $i$ is the current passing through the wire, $R$ is the radius of the coil and $x$ is the distance along the axis of the coil.

Rearranging further, we get

If you look carefully, you will notice that the formula looks very similar to the formula which gives the strength of the field along the axis of a magnetic dipole.

We can define magnetic dipole moment as

Now the formula looks pretty much identical to the formula given earlier for the strength of the field along the axis of a magnetic dipole.

In general, magnetic moment for any closed loop circuit can be defined as

where $\vec{A}$ is the unit normal vector for the loop.

One of the consequences of monopoles not existing is that magnetic field lines are always closed. Consider any dipole, a field line which emanates from the north pole must end up back at the south pole. 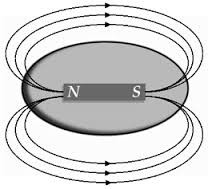 In the Gauss Law for electrostatics, we consider the volume charge density or the net charge enclosed within the gaussian surface. The same goes for Gauss Law for magnetism.

since there can never be any isolated monopole, $m_{enclosed}$ is always zero.

If monopoles existed, then $m_{enclosed}$ needn't be zero. Hence, the Gauss law would be invalid.

Some physicists try to find a magnetic monopole (something Dirac tried to explain i think). So if they actually find one, what does that mean?

If we ever find a monopole, it would imply that Gauss law for magnetism would be invalid. We will need to amend the law to make allowance for monopoles. (the amended version of the law was presented in the answer to your previous question)

Discovery of magnetic monopoles would imply the existence of magnetic currents. We would have a new chapter in our physics textbooks. Possibly a new engineering branch might appear (magnetronics?).

For a classic magnet(N-S) we know that we have charges inside moving in a circular motion and they althogether form that magnetic field of the magnet. So how does finding a magnetic monopole change this? What does it mean for those small currents?

There are many substances with unpaired electrons. This gives rise to a net magnetic moment for each atom. When these atoms collectively align in the same direction. This kind of collection of atoms is known as a domain. When domains align to give a net magnetic moment to a substance, the substance is said to be ferromagnetic.

Discovery of a magnetic monopole shouldn't affect the existing theories. However, it might force us to investigate further at the fundamental level.

Monopoles: Either north or south pole alone. Dipoles: Both north and south pole in each other's influence

The Magnetic field of lines originate from North Pole and end at south pole. Gauss's law of Magnetostatics states that total magnetic flux from a closed surface is zero. That is number of incoming field line equals the number of outgoing lines. I.E. there should be both poles of equal magnitude present inside the surface. If monopoles existed then only the field lines would be going outside or coming inside at once, which will clearly violate Gauss law.

Not the answer you're looking for? Browse other questions tagged electromagnetism classical-electrodynamics gauss-law magnetic-monopoles dipole or ask your own question.