I have a fairly cheap green laser pointer that produces a fairly big spot of light (actually two spots most of the time!). I'd guess the size of the spot is about 1/100th of the distance from the end of the pointer to the surface it hits (e.g. after 1 metre the size is approximately 1 cm).

If the pointer is steady and I sit still I see a pattern of sparkly light (on the wall, table top, etc.). Although it sparkles, each tiny point stays in the same spot within the circle of laser light. If I move my head left or right the pattern moves with me but disappears at the edge of the spot, while a "new" part of the pattern appears on the other edge. What causes this effect?

I wear contact lenses and I've noticed exactly the same thing whether I'm wearing them or not, no matter the distance. Because each point emitted by the laser should be a true point source it should not be possible for it to appear blurry. My personal observations agree with this.

What the others have already told you is that the pattern forming is a speckle pattern: each bump in the surface acts as a source for a spherical wave, these waves then interfere to produce this pattern. (The black dots and circles in the image below.)

In the wikipedia-article there is also mentioned the concept of "objective speckle pattern": when the reflected laserlight falls on another (smooth) surface after being shined on a rough surface, then the pattern on the smooth surface is, as wikipedia puts it, "the same regardless of how it is imaged, just as if it were a painted pattern".

Now you can imagine that your eyes are in the plane of a imaginary smooth surface where the light reflected from the rough wall is hit on. On this "wall" the pattern (the green dots) stays the same. When you move your eyes parallel to this plane, a part of the pattern disappears on the one end while a new one appears on the other end. 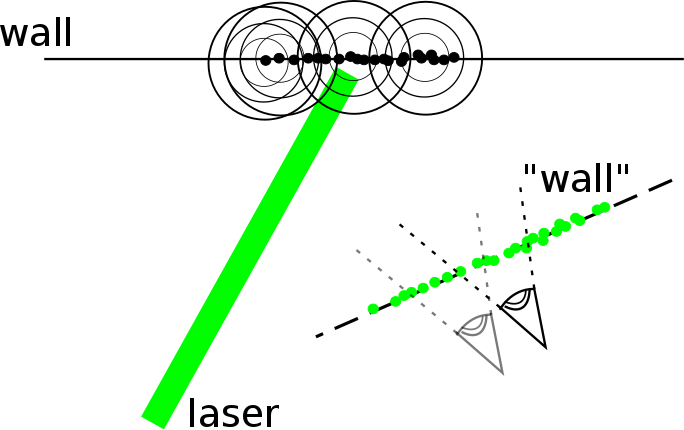 I suspect you are referring to the speckle pattern of a laser which is a diffraction effect associated with the (microscopic) roughness of a surface.

Image from the above linked article; 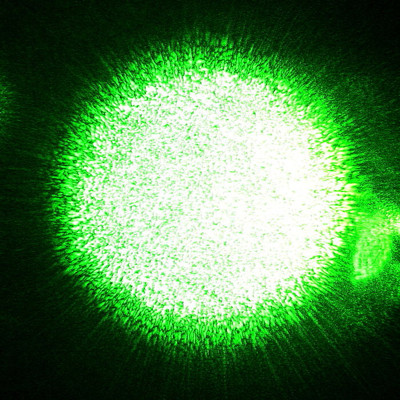 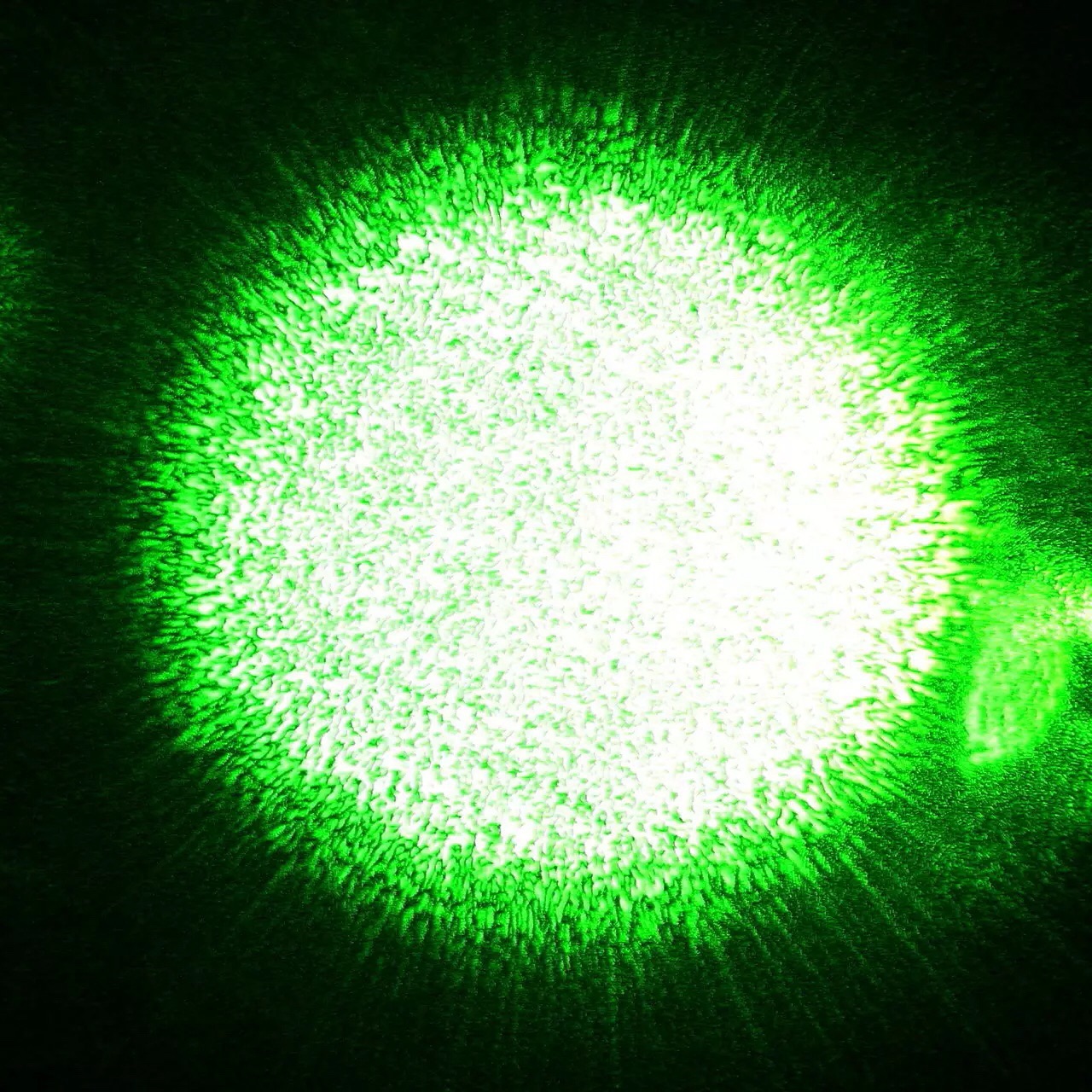 The phenomenon you are describing is an intensity pattern know as speckle pattern. Speckle patterns are very prominent in patterns produced by coherent (single frequency) light such as laser beams. The speckle effect is a result of the many photons in a beam having different phases and amplitudes, which add together to give a resultant amplitude (interference pattern) that varies randomly with the position in the beam.

As others have said, this is called a laser speckle pattern which is due to the laser being an almost coherent source with a narrow wavelength spread. What others have not made clear is that the surface roughness causes that pure wavelength to undergo constructive and destructive interference - causing bright spots at your retina where waves interfere constructively and dark spots where waves interfere destructively.

16
Physics of Focusing a Laser
5
How can beam divergence be corrected for in a CO2 laser cutter?
139
Why does a mirror split my laser beam?
5
7 W medical laser without any precautions?
34
How well can a laser be focused over interstellar range?
8
How subjective laser speckle pattern is formed
1
Create an unscaling pattern from laser DOE