Could I break the sound barrier using circular motion? (And potentially create a sonic boom?)

Ok, Lets say I get out my household vaccum cleaner, the typical RPM for a dyson vaccum cleaner reachers 104K RPM, Or 1.733K RPS. In theory, this disc would be travelling with a time period of 0.00057692307 seconds, If we take the speed of sound to be 344.2 metres per second, a breach in the sound barrier is easily possible for an item on the edge of the disc.

One question remains: For an extremely strong disc , could an item stuck onto it break the sound barrier, and create a sonic boom?

It would happen all the time with propellers and rotors if we didn't design them to avoid it.

This is something that is generally avoided in aerospace applications because the shock wave causes pretty significant drag. A lot of work goes into making sure this doesn't happen through careful selection of the blade cross section, adding sweep the blades, and changing the design so the radius is smaller and the velocities therefore lower.

Shock waves will only form when the normal velocity exceeds the speed of sound. So sweeping the blade changes the angle the leading edge makes with the air and therefore lowers the normal Mach number. This prevents shocks from forming until higher velocities are reached. Odds are very good that the fan inside your Dyson has blades that are swept at the tips to prevent really loud and annoying noise generation. 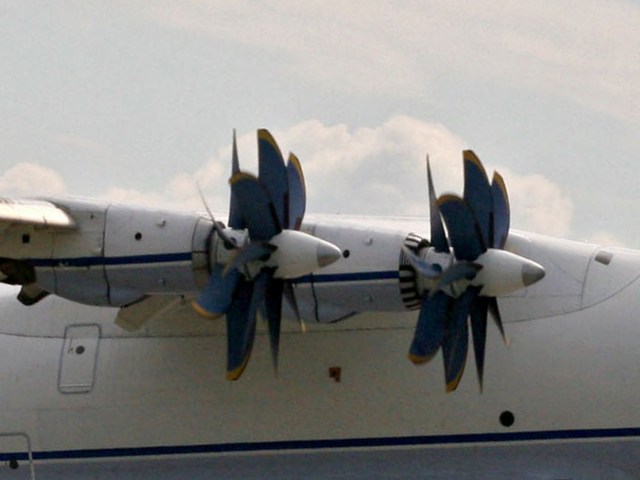 It's very possible to spin something fast enough to create a sonic boom, but engineers usually try very hard to avoid it.

Several aircraft have been built, on purpose, with supersonic propellers. One production aircraft is the Tupolev TU-95 Bear long-range bomber. Eight counter-rotating 4-blade props turn fast enough so the prop tips are supersonic. Rumour has it that the plane is loud enough to be heard by submarines - be happy you don't live near one of their bases.

Another is the XF-84H Thunderscreech, an experiment back in the 1950s. The prop tips moved at Mach 1.1 even on the ground, it was apparently audible 25 miles away and the shock wave from the prop tips was not only dangerous to the ground crew but actually visible far from the aircraft.

Note that you don't get a boom in either case, you get a constant very very loud noise.

So, if you want to break out your Dyson's motor and extend the rotor a bit it could very well go supersonic. Highly unlikely the motor has enough power, and you will need to balance the shaft very, very carefully. Wear earplugs! (and maybe body armour)

I want to add to the other answers that when an object is rotating at a supersonic speed, an observer will be hit by a rapid series of sonic shock waves, as the shock wave is an ever-expanding spiral. This is what makes supersonic propellers so terribly loud.

The images below depict the process. The red circle in the middle is the trajectory of a propeller blade. Blacks circles show how the sound waves are propagating from the propeller over time.

Note that the spiral that shows the shock wave wasn't added to the image in any way, the visual effect is created just by the circles touching themselves (similar to what happens to the sound waves).

Here is the Haskell program used to create the images using the diagrams library.

The answer is "yes", for speed of sound, and "maybe" for the sonic boom.
It is not the speed a problem, but the apparition of different pressures along a surface or on sides of a surface and the shock waves. The extremities of the turbine inside of a vacuum cleaner can function at speeds above speed of sound if the vibrations caused by pressure are limited.
The "sonic boom" appears only when a sound generator is moving with the speed of sound, that's exactly at Mach 1, therefore the sound waves are propagate together and accumulate.
Above Mach 1 only shock waves are formed, but no sonic boom further, just a small kind of boom from the shock wave.
Thus, in the vacuum cleaner the only source of sound is the motor, and this piece is statical (in fact, the noise of a electrical motor comes from bearings and vibrations of the rotor), so there is not chance of producing sonic booms, only noise from shock waves.
Adding a sound source on the edge of a disk and giving it a velocity at speed of sound, sonic boom(s) can be created "on demand" 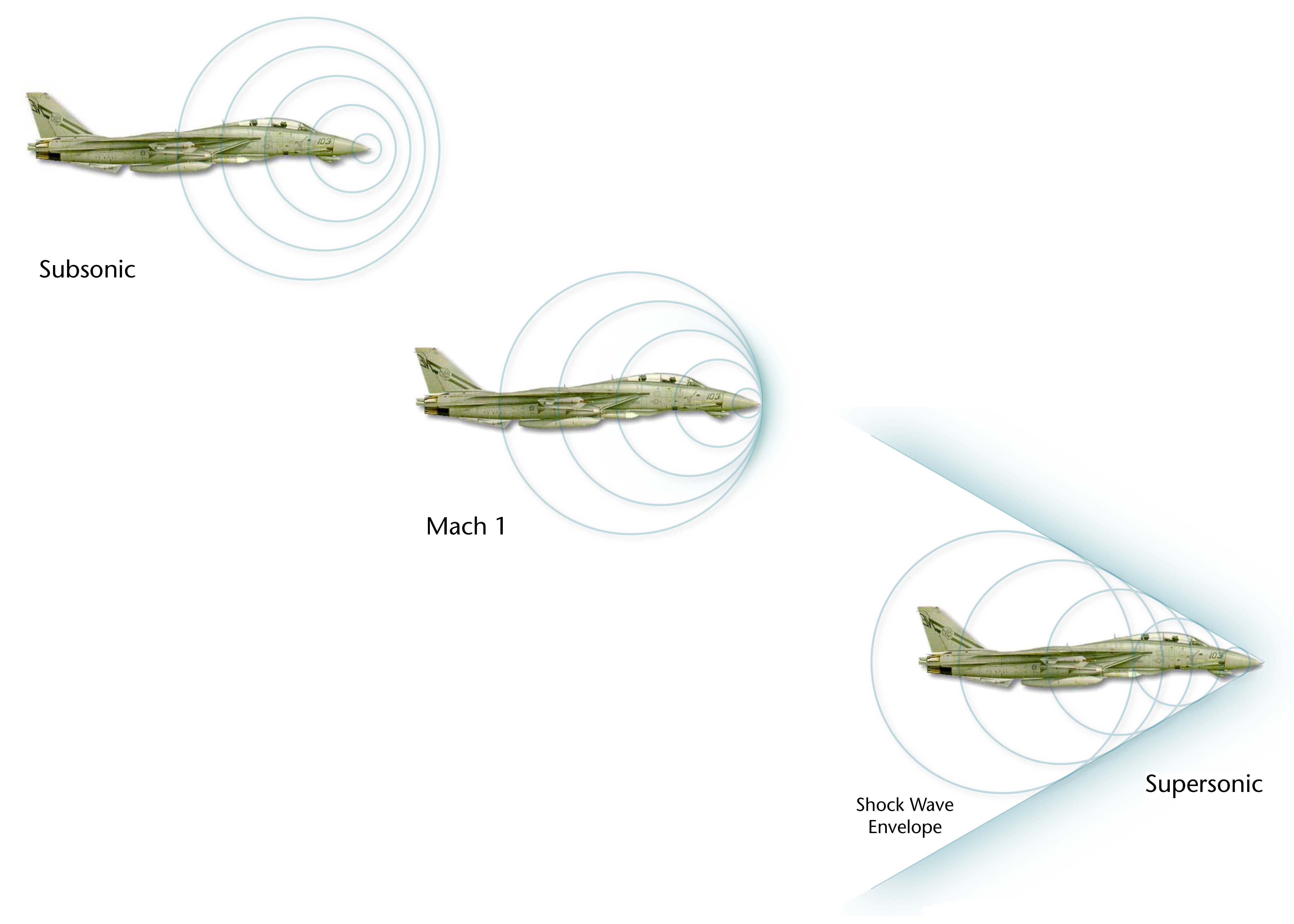 I'm surprised to see no mention of turbofan jet engines in the answers so far. In fact, the blade tips of most modern turbofan engines do reach supersonic speeds. As predicted by a comment above by tpg, this does produce shockwaves from each blade tip and what you hear is a 'buzzing' sound, which is commonly described as sounding like a buzzsaw. If you listen for it, you can usually hear this sound during the takeoff roll or during other flight phases where a high power setting is being used. In case of some engines, it can be quite loud.

It seems that Rolls Royce engines are much more prone to producing this sound than GE or P&W engines. For example, compare the above RR-powered 777 takeoff with this GE90-powered 777 takeoff. As a fun fact, the engine in the latter video is the most powerful jet engine ever created, the GE90-115b.

Rolls Royce filed a patent in 2010 for an intake duct liner seeking to attenuate this 'buzzsaw' sound.

Not the answer you're looking for? Browse other questions tagged newtonian-mechanics acoustics or ask your own question.