Suppose I take a vacuum tube and accelerate electrons in it by electric fields then collide it on a copper plate.

Will the electrons then go inside it and generate an electric current by putting a positively charged panel on the opposite end to create a potential difference?

If yes how can I extract the electrons from the positive plate back into the vacuum tube?

Thanks! Also you can see a diagram I made for what I am trying to say, 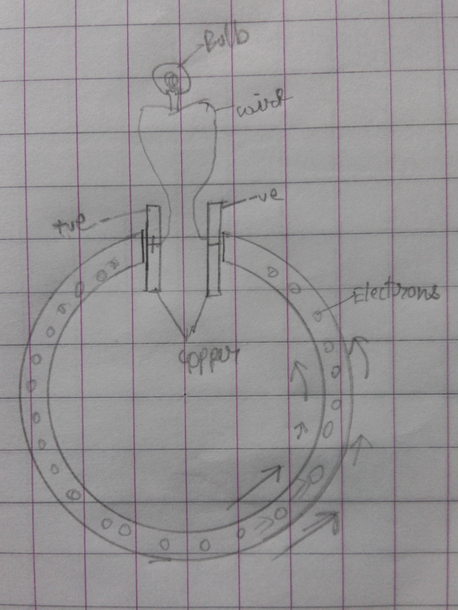 If a cathode is heated, it is found that electrons from the cathode become increasingly active and as the temperature increases they can actually leave the cathode and enter the surrounding space.

The electrons are produce by heating a filament. Electrons are bound in atoms and even facing a vacuum stay there, unless kicked out, which is what heating a filament does. If you place the tube in an electric circuit, if the filament is not heated, no current will flow through because there is nothing to conduct electricity in the vacuum. Extracting electrons from the filament allows a current to form and close the circuit when they hit the other plate. In this form to get electrons again out of the second plate one would have to somehow heat the second plate.

Better study a bit the link given above.

Not the answer you're looking for? Browse other questions tagged electricity electrons electric-fields collision vacuum or ask your own question.

1
Electrostatic field in a vacuum

1
Does charge of a metal charged by induction determine by which ends of the metal is grounded to?
0
Why don't neutral atoms distort the electric field?
4
Why does not a battery kept in empty space discharge on its own? If space between the terminals is empty, what prevents the electrons to flow?
1
Two positively charged plates - can the electric field be negative inside?
3
What is “electric field causes current in a conductor (metal wire)” exactly?
17
Are the plates of a battery really charged?
0
If air is an insulator, how does an ungrounded electric generator move electrons?
1
How can sawdust do this in an electric field?