Ice skating, how does it really work?

Okay, some textbooks I came across, and a homework assignment I had to do several years ago, suggested that the reason we can skate on ice is the peculiar $p(T)$-curve of the ice-water boundary. The reasoning is that due to the high pressure the skates put on the ice, it will melt at temperaturs below $273 K$ and thus provide a thin film of liquid on which we can skate. It was then mentioned as fun fact that you could ice-skate on a planet with lakes of frozen dioxide because that gas has the $p(T)$-curve the other way round.

My calculations at that time told me that this was, pardon my french, bollocks. The pressure wasn't nearly high enough to lower the melting point to even something like $-0.5$ degrees Celsius.

I suppose it is some other mechanism, probably related to the crystal structure of ice, but I'd really appreciate if someone more knowledgeable could tell something about it.

Yup, this is true that the pressure is too small, but the true explanation is not justified yet. Nevertheless the common sense is that there is a lubricating film of water or at least anomalous ice. For an overview, see: http://lptms.u-psud.fr/membres/trizac/Ens/L3FIP/Ice.pdf

The assertion that the skate does not exert enough pressure to melt ice is wrong. Imagine that the skate is lowered vertically until it touches a perfectly flat surface of ice. The initial contact area (before the blade starts to sink into the ice) would be incalculably small and the initial pressure incalculably large because of curvatures. A typical freestyle blade’s “rocker” has a radius of 6 feet; its “hollow” of 7/16 to 10/16 inch. The blade is typically 0.15 inch thick, so its two edges have “bite” angles of 7 to 10 degrees. The rate at which an edge could melt ice and sink in would be limited by heat conduction. In a dynamic situation, with the skater gliding along at a good speed, viscous dissipation in the thin layer of lubricating water would generate some of the heat. If the skater’s trajectory is curved but the rocker’s curvature multiplied by sin(tilt) is poorly matched to the curvature of the trajectory, then there will be additional friction and sound effects as the edge chews up the ice.

Well, having a solid block of ice. Atatch weights to a string on both ends and hang it over the ice. The string will go trough the ice over a period of time, without actually cutting the entire block. How does this happen? possibly the pressure melting minescule ammounts of ice underneath the string and the water refreezing above the string.

I remember reading in a book (on surface physics) during my grad study on this topic. There was a diagram on friction of a steel "skate" on solid argon at and below argon melting temperature. The diagram was qualitatively identical to the same experiment for ice. Friction dropped to low values when temperature aproached melting point. Argon melts regularly, for that reason pressure melting is not possible. I regret that I did not memorize the title and author of that book :=( Georg

Another fact against 2pressure melting": how does skiing work? The pressure under a ski is very low.

Regelation-Regelation is the phenomenon of melting under pressure and freezing again when the pressure is reduced. Many sources state that regelation can be demonstrated by looping a fine wire around a block of ice, with a heavy weight attached to it. 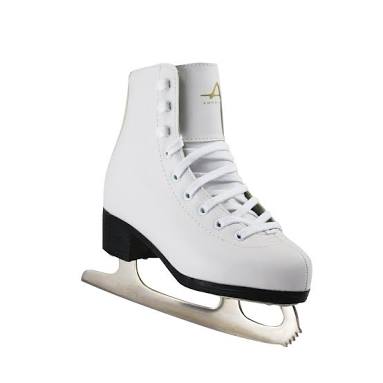 Whole weight of skater is concentrated at this small portion of area,thus ice under shoes melts quickly [due to Regelation] converting ice to water (notice that due to high pressure ice converts to water without increase of temperature , generally ice melts at 0℃). Hence due to replacing of some amount of ice with water, friction of surface decrease and skater moves easily.

Why to use term regelation? Since due to pressure (or) strain , small amount of ice is coverted to water,whole ice does not break(,melt),making skating possible.

It was shown that surface water molecules vibrate more strongly than those in the bulk, having less neighbor molecules to interact with. Apparently, this creates a nanometric film of quasi-liquid water that reduces friction.

Not the answer you're looking for? Browse other questions tagged thermodynamics ice sports or ask your own question.

48
Being in a solid state, why is ice slippery?
6
Why can we skate on ice?
2
What make us fall when we move on ice?
21
Does any substance melt or evaporate when cooled at constant pressure?
3
How can we minimize the coefficient of static/kinetic friction?
5
Why steel can be blunted by ice?
2
Is there an analogue to the role of vapor in liquids and gases, but for solids and liquids?

14
How fast does an ice cube melt in a microwave?
0
Melting ice pattern
11
How do ice spikes form?
7
Why is it easier to glide on sharp ice skates than on dull skates?
0
Reduced Pressure and Cooling
5
How can removing energy from a system do work? (ice)
7
How does ice melt when immersed in water?