Is Magnus effect a corollary of Bernoulli principle?

This is a most excellent and astute question. Ultimately it comes down to experiment: the model below works pretty well for many fluids. What this must mean therefore is that the loss is small enough that each particle of fluid, in flowing past the region of disturbance, loses a fraction of its energy that is small enough that it doesn't upset the energy balance underlying the Bernoulli equation greatly. At the same time the viscosity is big enough that the cylinder can sustain the circulation in the flow.

Once one has established a circulation in a flow, the circulation will linger - sometimes almost indefinitely, with very little further input of energy. The Vorticity Equation shows this. You can therefore think of a situation where the cylinder just "happens" to be sitting in a flow with circulation without worrying about how that circulation arose. One can then come up with a lossless mathematical model that does indeed show the Magnus effect, which, judging from the depth and astuteness in your question, you may already ken. In this model, the flow has a certain assumed circulation and one does not think about how this circulation came about. I am talking about the an inviscid, irrotational flow whose complex velocity potential is:

where $v\in\mathbb{C}$ is the fluid's velocity a long way from the cylinder (i.e. the cylinder is steeped in an initially uniform flow) and $\Gamma\in\mathbb{R}$ is the circulation. The cylinder's cross section is the region $\{z\in\mathbb{C}|\;|z| \leq a\}$.

This is a perfectly steady state flow, and, once the circulation is set up, it sustains itself. There is no loss anywhere in the model, so you apply the Theorem of Blasius to calculate the lift, which is simply the quantitative calculation around the cylinder of the wonted Bernoulli's theorem argument.

So you could imagine the following thought experiment (not practical). You have a magic fluid whose viscosity you can switch on and off at will. You have a uniform flow in this fluid and you steep your cylinder in it, and, with internal motors or whatever, you spin the cylinder and the lossy viscosity will set up a circulation in the flow. Then you switch the viscosity off suddenly. The circulation will linger in the flow and now, in the absence of loss, you can do the calculation above and see that there is indeed a lift. Note that one always needs a circulation to generate nonzero lift.

It is still the Bernoulli argument that describes the origin of the pressure gradients and thus, ultimately, the force. The circulation simply introduces an asymmetry to the flow that then makes the sum of pressures nonzero.

where $v$ is as defined in (1) and $\rho$ the fluid density. Here, as in (1), the vector direction is shown by the phase of the complex number. The contour around the body's edge is a streamline, so that the stream function (imaginary part of the complex potential) is constant along it. Therefore, around the edge of the body, $|\mathrm{d}_z\Omega|^2 = (\mathrm{Re}(\mathrm{d}_z\Omega))^2 = (\mathrm{d}_z\Omega))^2$ so that, on summing (2) around the closed contour to find the nett force we wind up with something near to an ordinary contour integral (on witnessing that $\oint v^2\,\mathrm{d}z=0$):

which is readily worked out to be $F^*=-i\,v^*\,\rho\,\Gamma$ so that $F=i\,v\,\rho\,\Gamma$, i.e. at right angles to the flow. So you can see that the result as worked out from the Bernoulli principle tells you that the lift is proportional to the circulation. 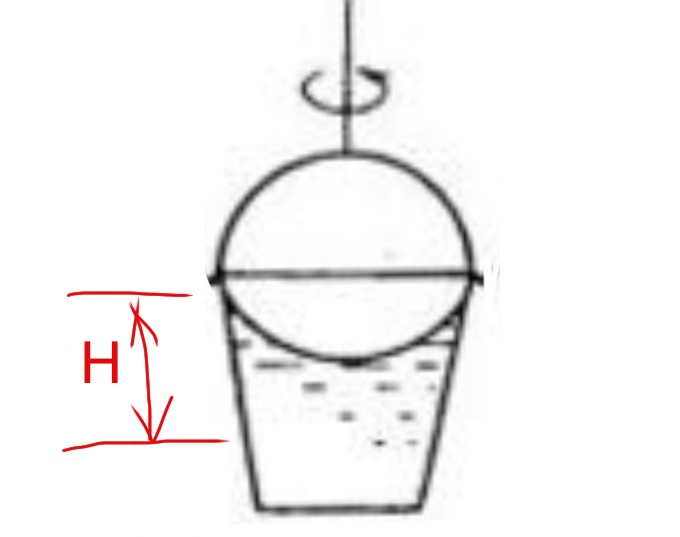 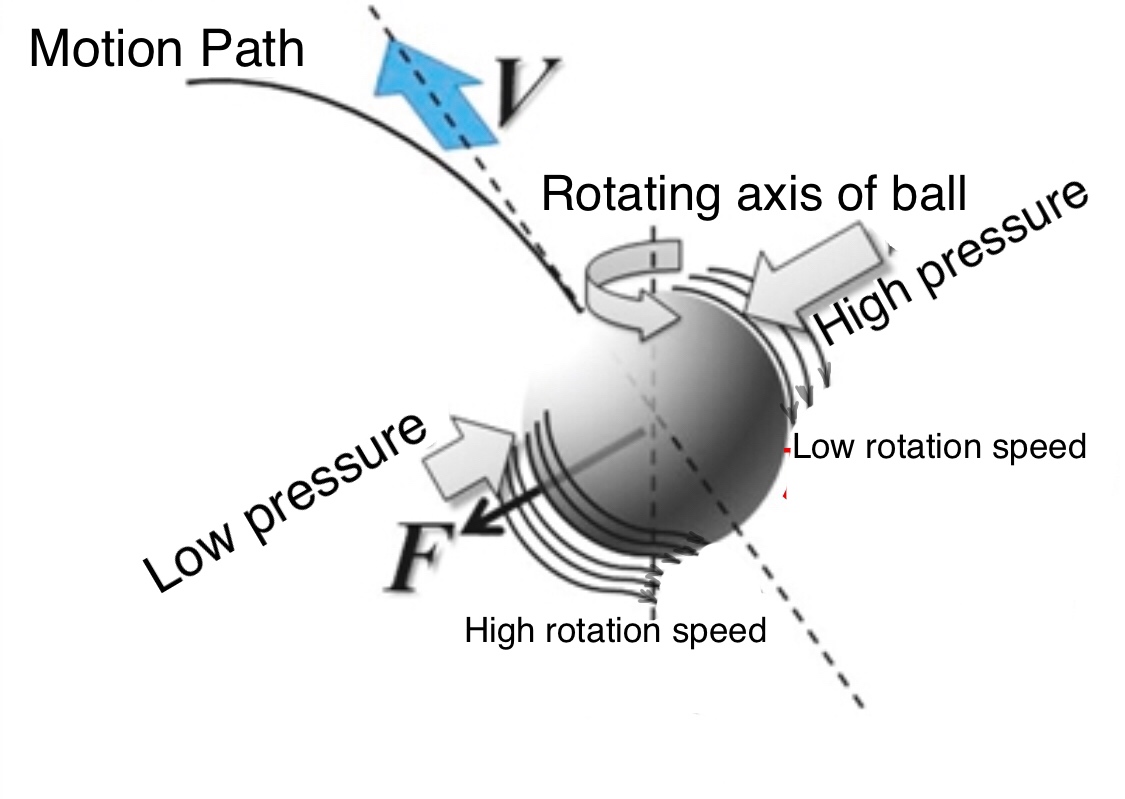 So I don't use Bernoulli's principle to explain Magnus Effect.

I'm not a physicist and I don't have equations to prove what I'm about to say and I could be dead wrong, but I've been thinking of this very question and it led me to this thread. I would argue the Bernoulli principle should act opposite to Magnus effect. The movement of rotation would create the high velocity, low pressure on the opposite side to where the magnus effect exhibits its force. I shoot rifles, and commonly have small cylinders moving away from me in a clockwise motion (right hand twist). In a left to right wind, the Bernoulli effect would have the air accelerating over the top of the projectile causing slight lift. The magnus effect has been proven to actually cause negative lift under these conditions. I think of the magnus effect like a spinning billiard ball. As the ball strikes the bumper with spin, it will bounce off the wall and have some of it's spin converted into movement in the direction of the spin. Maybe I'm way off, but this is how I see it.

Not the answer you're looking for? Browse other questions tagged fluid-dynamics projectile aerodynamics lift bernoulli-equation or ask your own question.

1
How can a rotating cylinder produce lift?

13
How much effect does the Bernoulli effect have on lift?
2
Are the hypotheses of the Bernoulli equation satisfied for a bird or airplane wing at low Mach number?
9
Problem understanding basic sail mechanics
2
Problem in understanding the derivation of Bernoulli's principle
1
Derivation of Bernoulli's Equation
3
How is work done in a nozzle zero
4
Deriving the expression for the height of liquid in a cylinder spinning on a turntable using Bernoulli's principle
0
Work-energy theorem and Conservation of energy formula
0
Magnus effect without windspeed
0
Bernoulli Principle at a Microscopic Level