This speed drop can be measured and gives a very precise value for airfoil drag. See the picture below for a rake of pitot tubes which is used for this kind of measurement. 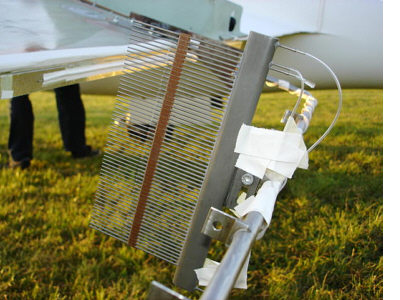 Not the answer you're looking for? Browse other questions tagged fluid-dynamics aerodynamics or ask your own question.

1
Forces on an airfoil
4
How to deal with conflicting “no-slip” Navier-Stokes boundary value constraints?
7
Why airplanes fly: the final truth
1
Forces on an aircraft - thrust, lift, drag, weight
0
Effective angle of attack of a wing
0
Scaling arguments for the flow around a cylinder OUTSIDE the Boundary Layer
2
Boundary Layer Physics and Bernoulli Principle
0
Pressure distribution around an aerofoil
2
Please explain airflows above and below aerofoils for a layman