For the first situation the plates are considered to be sheet charges (this can be seen when using Gauss's law for one of the plates to determine the electric field inside the capacitor), so that we can see them as simply a layer of charges, as shown in the digram below. 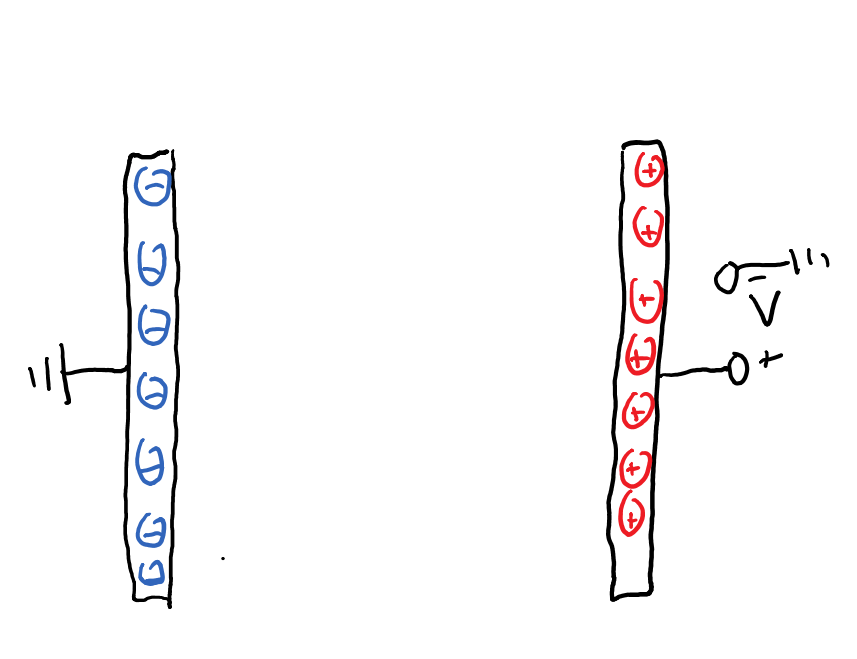 But in the second case we consider the plane plate to have only surface charges and no electric field inside, (this is apparent when working out the surface charge density, we take a surface that only protrudes one side of the plate). This charge distribution is shown below. 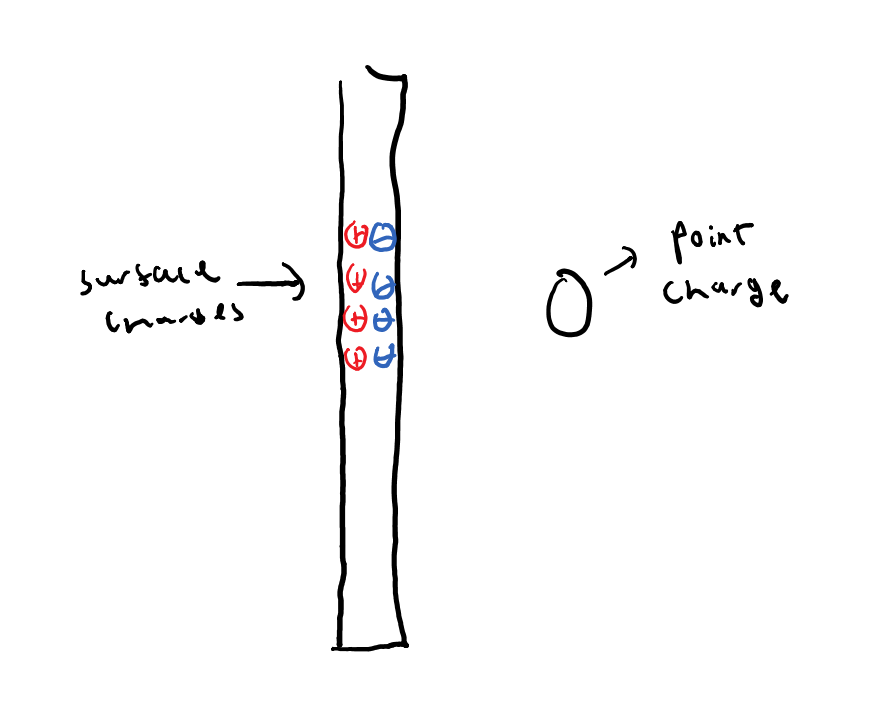 In both these cases we have a near identical situation with respect to the grounded plates. So how come we get such different charge distributions, or I am mistaken in saying one is the way it is?

(Note: I am asking why the we have a 'sheet of charges' in one case but surface charges in the other rather then why we have a different spread of charges on the plates (which I think is obvious))

Let me give an example of how I would use Gauss's law and how I have seen Gauss's law applied to these two cases.

Firstly for the capacitor: 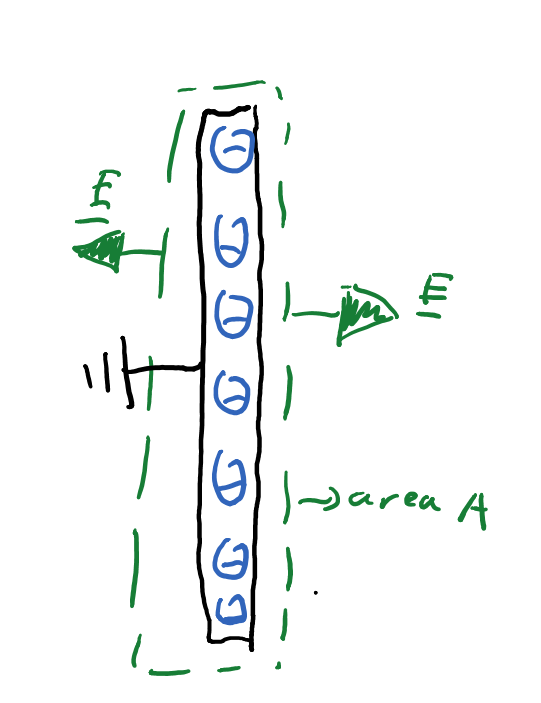 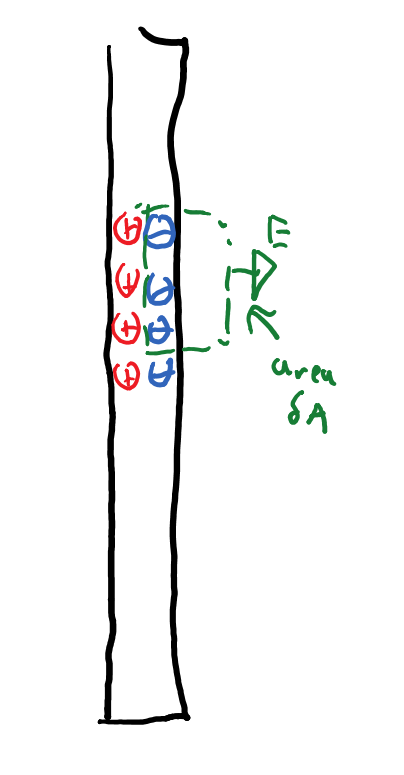 The capacitor plates are made of some kind of conductor having non-zero thickness. The charges on the plate will reside on the surface of the conductor that faces the opposite plate. We say that these are surface charges. These are the only free charges in the system. We model them as a "sheet of charge".

So the same description actually applies to both of your cases.

Gauss' Law says nothing about fields (fluxes) produced by charges external to the surface. For the 'image charge' case, in order to get the field outside the surface, one would have to take into account the fields due to the point charge, and the positive charges outside of your Gaussian surface. One should not expect the field to be the same in the two cases.