If no force acts on a body it moves in a straight line. To make the body deviate from a straight line you have to apply a force to it. Therefore applying the centripetal force to the body is what makes it move in a circle.

If you apply a constant force at right angles to the direction of motion then your object will indeed move in a circle.

Physics does not have a proper, rigorous concept of causation. There are the terms locality and causality, but they are technical terms with precise meanings that do not occur in Newtonian physics.

Nevertheless, Newton's law, $\vec F = m \ddot{\vec x}$ is often seen to embody causation in a certain sense: You are given, as external circumstance, the total force $\vec F$, and you solve the equation for $\vec x$, so the force was there "before" the motion, or "causes" it.

For the second question, not every attractive force will produce circular motion, but the usual forces with square laws like gravity or electromagnetism will produce circular/elliptical motion (unless you crash into the central body), as will forces that are constant and perpendicular to the velocity. 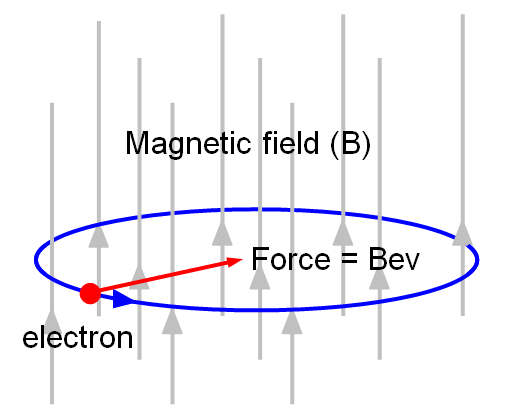 Not the answer you're looking for? Browse other questions tagged newtonian-mechanics kinematics rotational-kinematics causality centripetal-force or ask your own question.