What causes the electrical reaction between two carbon rods touching?

I recently watched this video in which carbon rods from a 6V lantern battery are removed and then touched together to create a makeshift arc reactor furnace. This produces electrified plasma which can then melt anything from steel to rock. 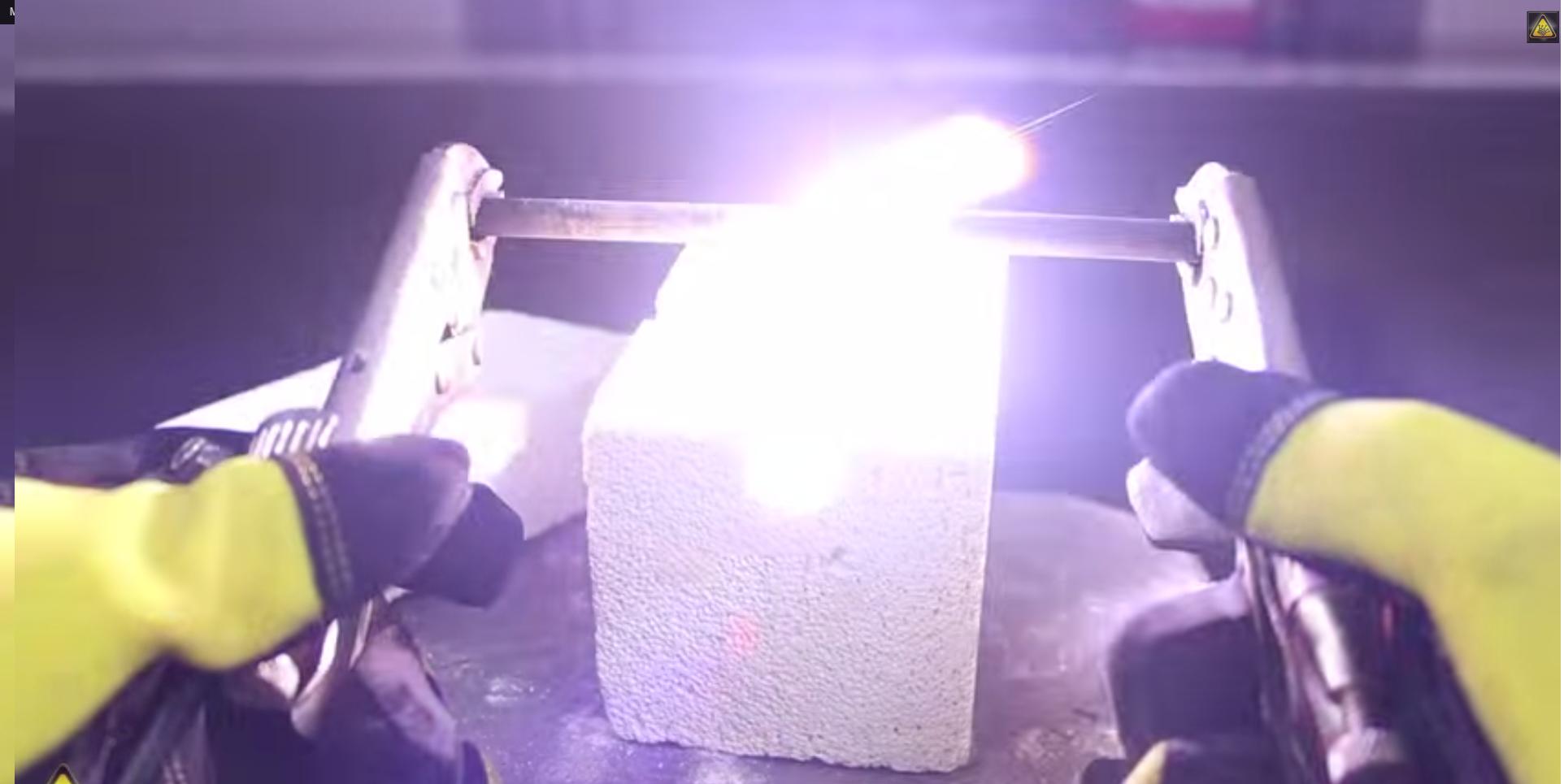 More info about the battery used can be found here.

What in the touching of these rods causes the reaction as seen?

When the rods touch, a current can flow (because the carbon is conductive). The hot carbon burns, creating a plasma which itself is a conductor. So now you have created a "virtual conductor" - a conductor that is not a solid, and therefore not constrained to temperatures below the melting point.

The result is an incredibly hot arc - good for lighting, melting things, etc... just not good for looking at without eye protection (lots of UV components)!

There is a good description at this link

After reading some additional articles, I think I understand it enough to answer.

The first thing to note is that the pliers holding the rods are attached to an AC arc welder (DC would work as well), which means that one side provides a positive current and the other goes to ground. When touched, it creates a closed loop for current to flow through, from the positive side to the ground which acts as a negative, also creating light in response to the passage of the electric current (the atoms become excited which releases photons - for more on that read here) - called electroluminosity.

Using just the two pliers hooked up to the current and ground, an electric arc would be created due to a slight ionization of the metals and ionization of the air in between the two nodes, but it wouldn't be as bright or as hot as using the carbon rods because steel and even air doesn't ionize as easily as carbon.

This is where the carbon comes in. Due to how easily it ionizes, ionized carbon vapor is highly luminous and also very hot - around 3,600°C, or approximately 6,500°F - which is well above the melting point of steel (1,370°C or 2,500°F) and most rock. This heat produced is what melts the materials.

So why doesn't the end result have the carbon that was turned into plasma then? Shouldn't we see it in the end?

The answer to this is that carbon evaporates easily. The carbon that is melted nearly immediately evaporates into the air and thus isn't visible as a result.

One post I found particularly useful when writing this in addition to the one Floris provided is this one on carbon arcs as well as the other articles linked throughout the answer.

Not the answer you're looking for? Browse other questions tagged electricity plasma-physics or ask your own question.