Should there be a linear force acting aside from torque?

Assume to identical motors are placed vertically on-top of a table and they are not fixed able to move/fall etc...and they have gears attached to them and are attached to one another like this image: 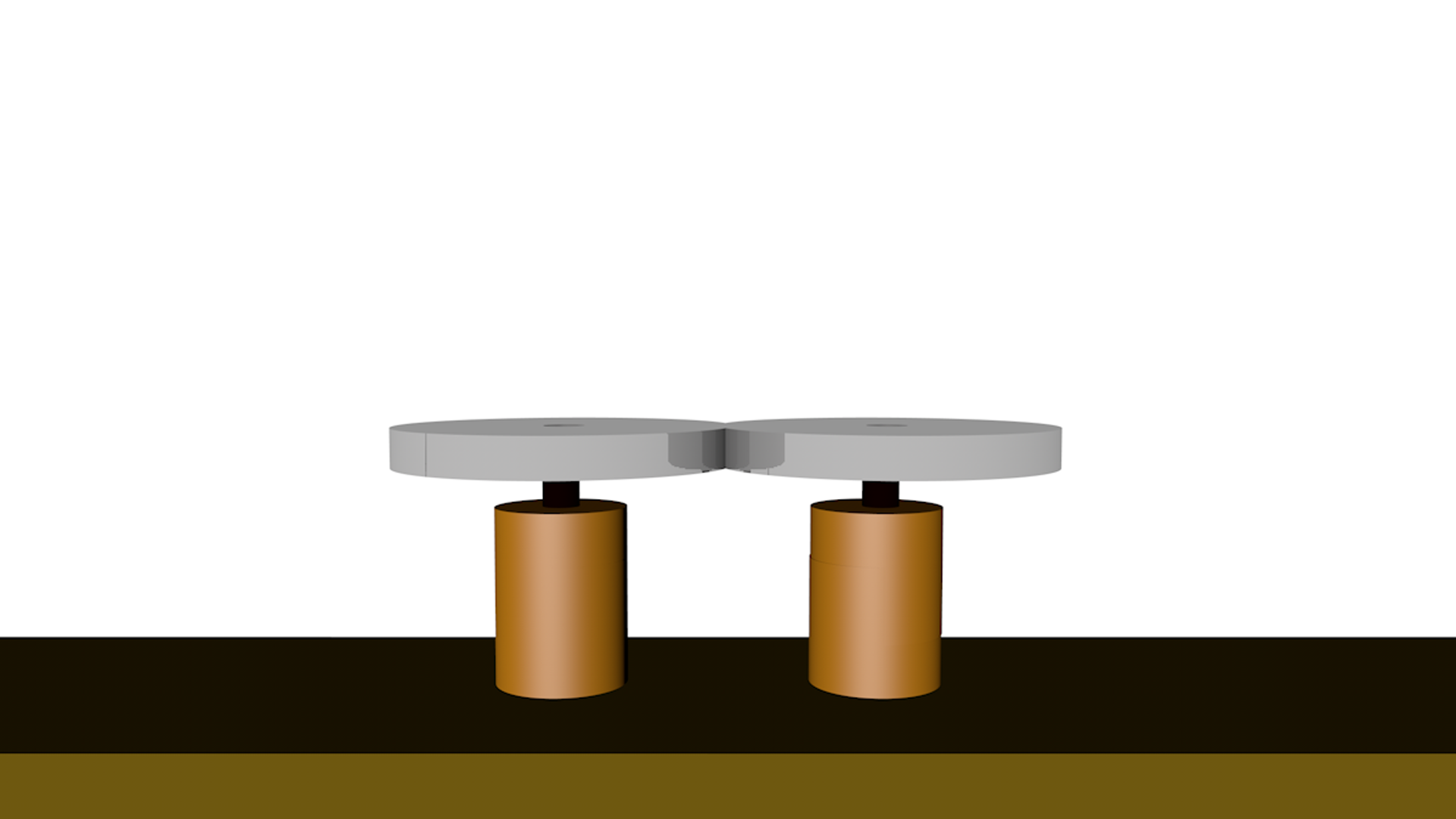 Now, I powered both motors, and the torques of the two are the same and opposing one another as illustrated here: 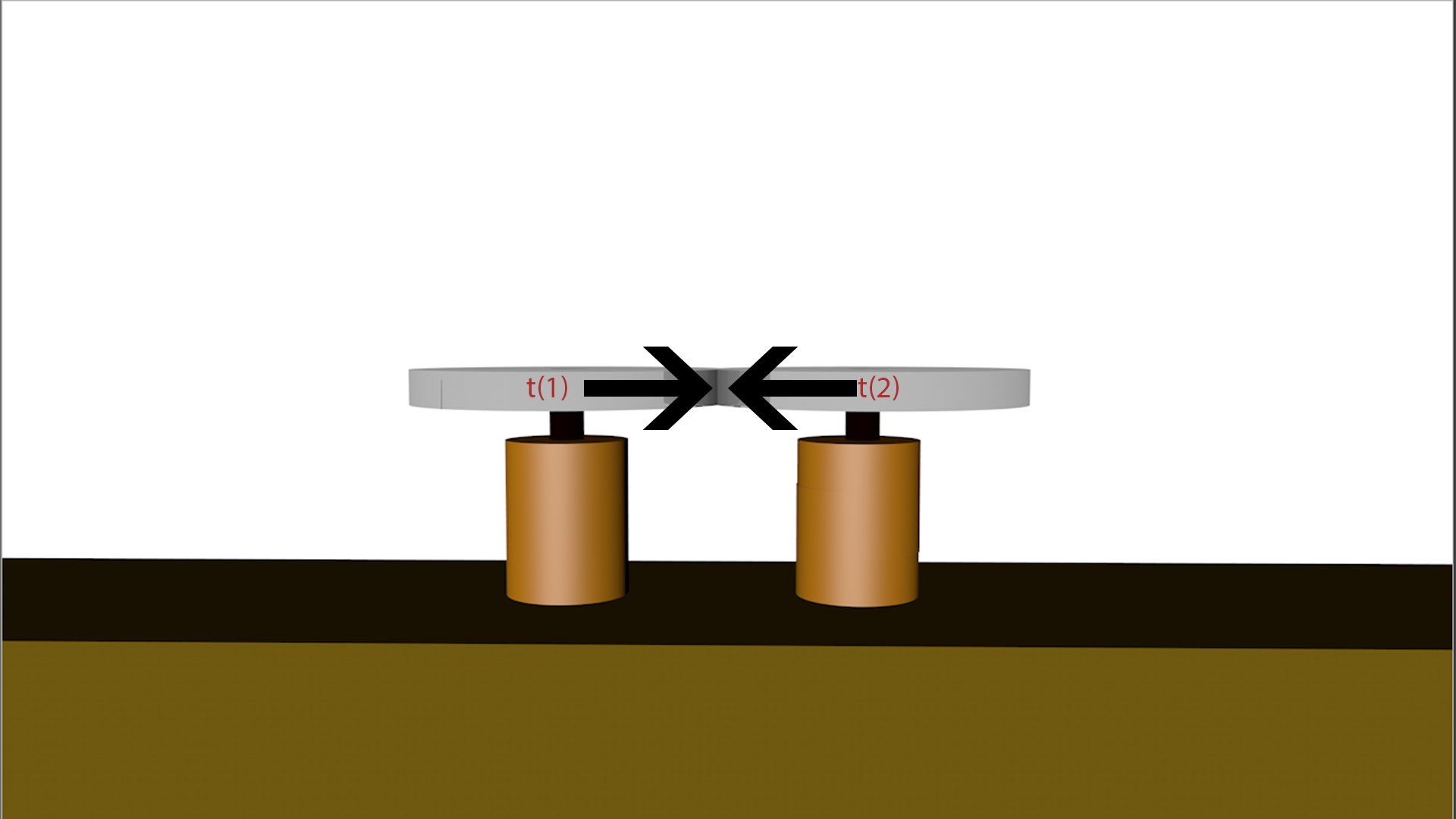 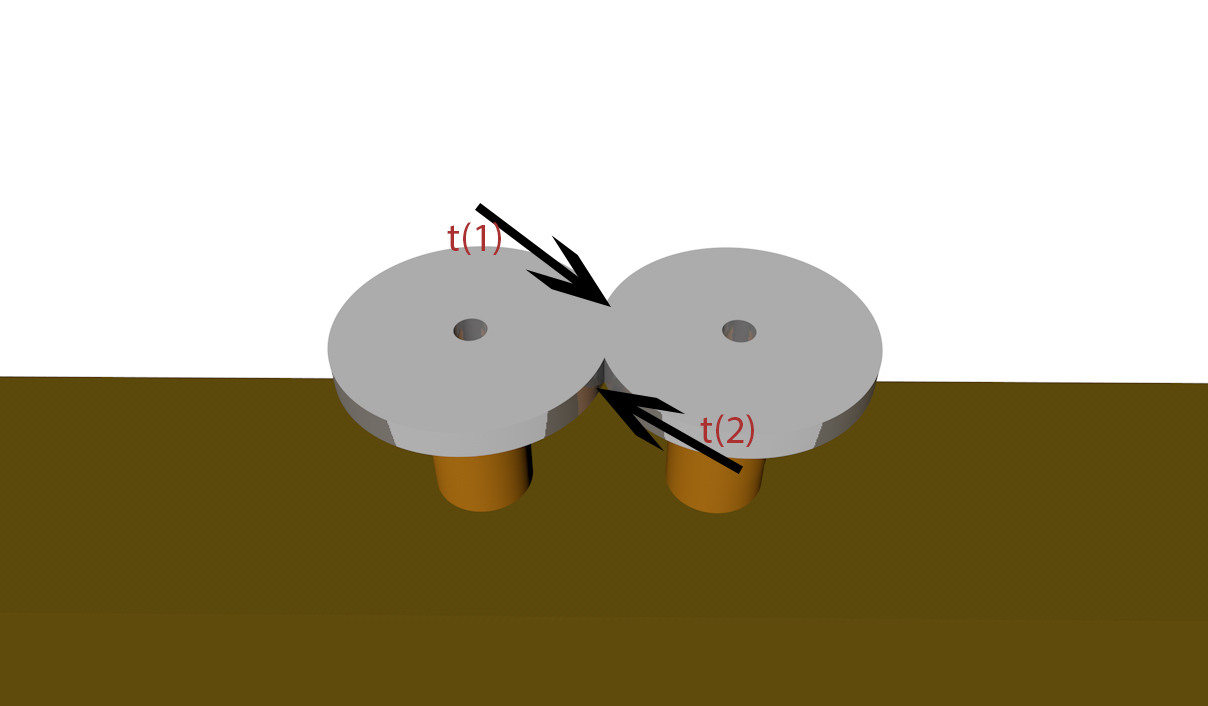 What I think would intuitively happen due to the two torques($t_1$ & $t_2$) being the same and opposing one another is that the rotors/gears would be at rest. However, is there a form of linear force acting on the motors? Due to them opposing one another would that cause the first or second motor to fall from the table due to a unknown linear force?

The center of mass of each motor will move in accordance with the sum of all forces acting on the entire subsystem (motor plus rotor). This means that the motors will indeed move - they are "pushing away" from each other in the same way that one of them would move if it tried to spin its rotor against, say, a wall or a floor. Put your picture on its side, replace one rotor with a solid surface, and it looks like you are looking at half a car... what happens if the engine in the car starts driving the wheel?

Not the answer you're looking for? Browse other questions tagged electromagnetism newtonian-mechanics forces or ask your own question.

2
Force and Energy in robots
1
Confusing, can a motor on a moving disc stop the disc?
1
Physics of a reaction wheel behind a gear chain
4
About effects of torque off center of mass
0
Forces of tension in a pulley rope system
40
Is torque as fundamental a concept as force?
8
Is the average force calculated from $F(x)$ the same as that calculated from $F(t)$?
1
Why $l\omega^2 = \sqrt{2}g$ in this mechanics problem?