How do you calculate/estimate hypersonic leading edge and skin temperatures?

At lower speeds (below Mach 5-ish), stagnation temperature (TAT) is a very accurate proxy for skin temperature. But at mid/high hypersonic speeds (especially in the thin upper atmosphere where mass flow is low), thermal radiation bleeds off a significant amount of heat, especially as temperatures climb into the thousands of Kelvin.

I've come up with a very crude formula to estimate the skin temperature. It assumes that the power $P_{absorbed}$ to stagnate the oncoming air [intercepted by an area equivalent to the drag area $C_DA_{ref}$] is radiated away over the entire vehicle skin surface area $A_{rad}$:

($\sigma$ is the Stefan-Boltzmann constant, emissivity $\epsilon$ is estimated at unity, $T$ is skin temperature)

How far off am I? How do you actually estimate hypersonic skin temperatures (without CFD)?

Here are a couple examples:

For predicting skin temp, stagnation temperature seems more accurate at lower mach, formula temperatures at higher mach, as expected. Admittedly, I'm pleased (and surprised) that the formula even yields ballpark figures. However, it's a bit sensitive to drag area and radiating surface area, and these are the only data for which I have estimated surface area, so I can't be confident this formula works well for other aircraft.

Some background: I'm taking on a fun project (nothing serious), so a first approximation (say, to within 100 K) is good enough.

I've tried to follow the etiquette as best as I can, but I'm pretty new to Stack Exchange, so let me know if I should change anything :) Thanks!

For viscous hypersonic flows, the heating takes a form:

where the parameters $N$, $M$, and $C$ depend on the configuration and $q_w$ is the heating in $W/cm^2$ (this is all from Hypersonic and High Temperature Gas Dynamics and I highly recommend this book).

For the stagnation point (like the leading edge of a body):

For a laminar flat plate at local angle $\phi$ to the flow at position $x$ meters from the leading edge:

and for a turbulent flat plate:

where $T_w$ is the wall temperature and $x_T$ is the distance along the body measured from the onset of the turbulent boundary layer.

Phew, I believe I typed all those correctly. These are approximations but are really the simplest approach to get answers without requiring simulation or data measurements. Great for an initial estimate.

In the aforementioned book, these expressions are attributed to the paper Aerothermodynamics of Transatmospheric Vehicles. The approach there is to assume that the heating can take a form like mentioned in the first expression and relating that to the wall temperature for a fully catalytic material, then finding the values for $C$, $M$ and $N$ that are roots of the system.

I found a NASA technical memo for very accurate "Real-Time Aerodynamic Heating and Surface Temperature Calculations for Hypersonic Flight Simulation." The authors also discuss a bit how they obtained their expression.

I have to say, though, Dave's dissertation and tgp2114's answer are wholly sufficient and more straightforward. 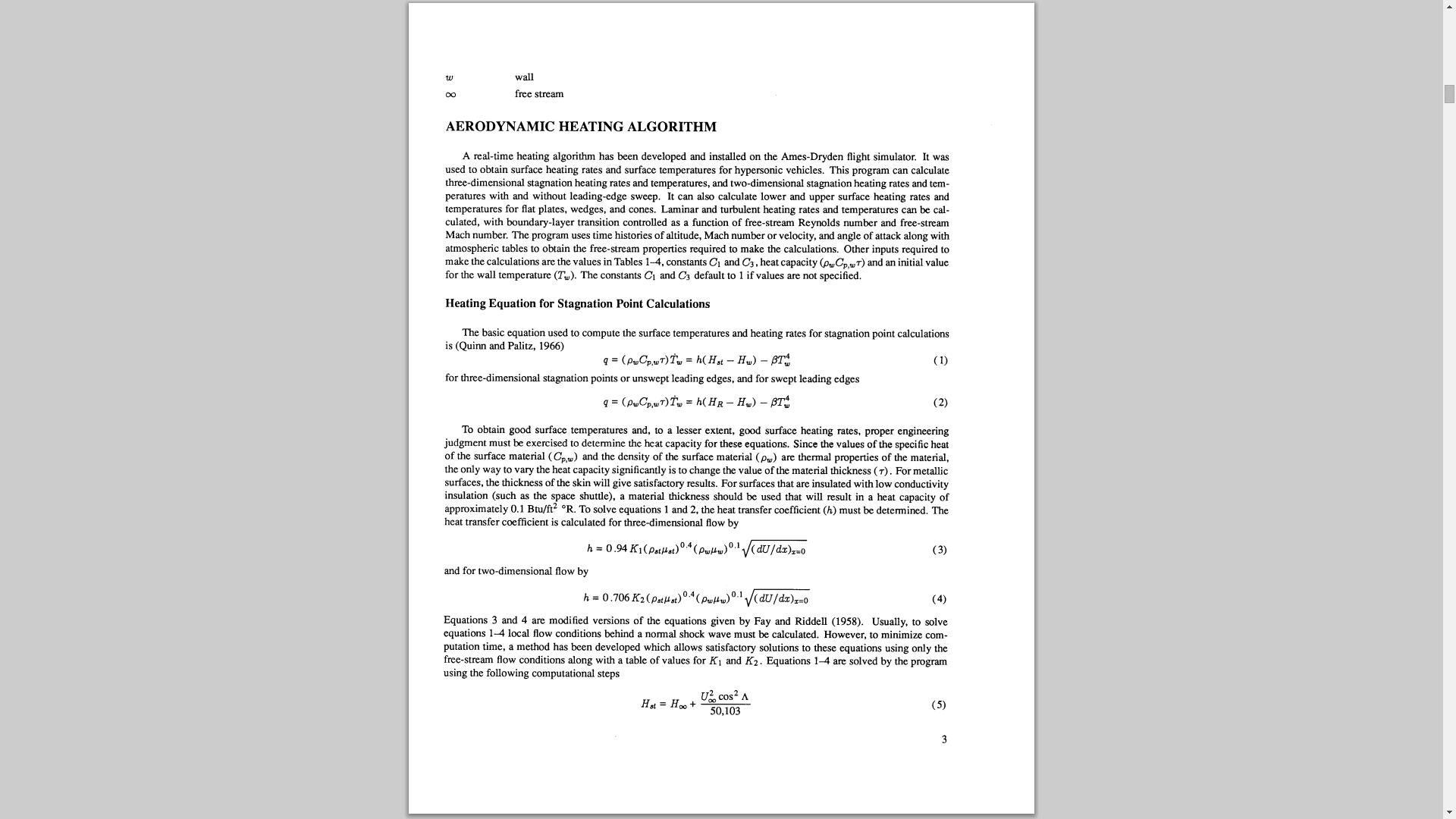 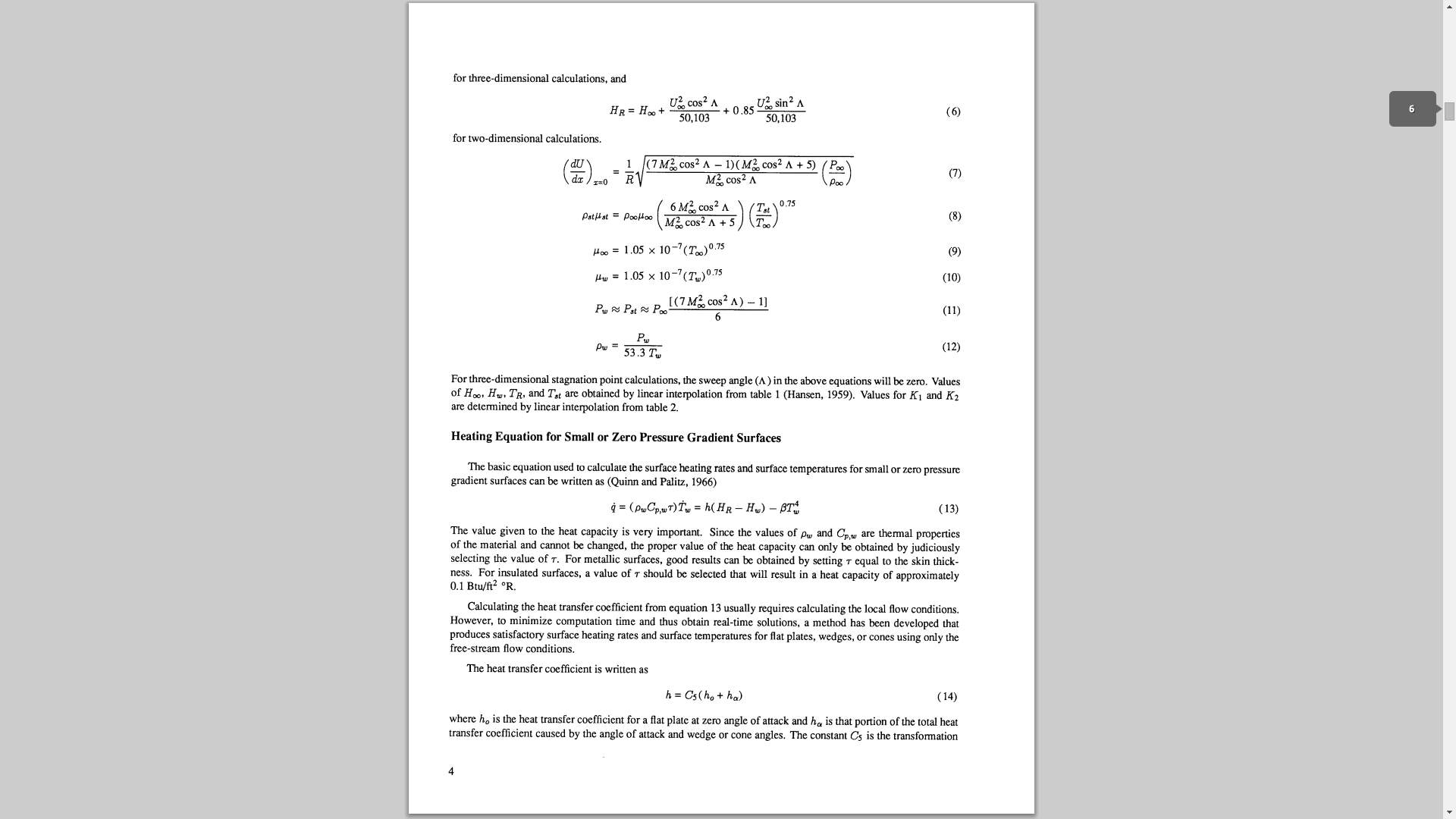 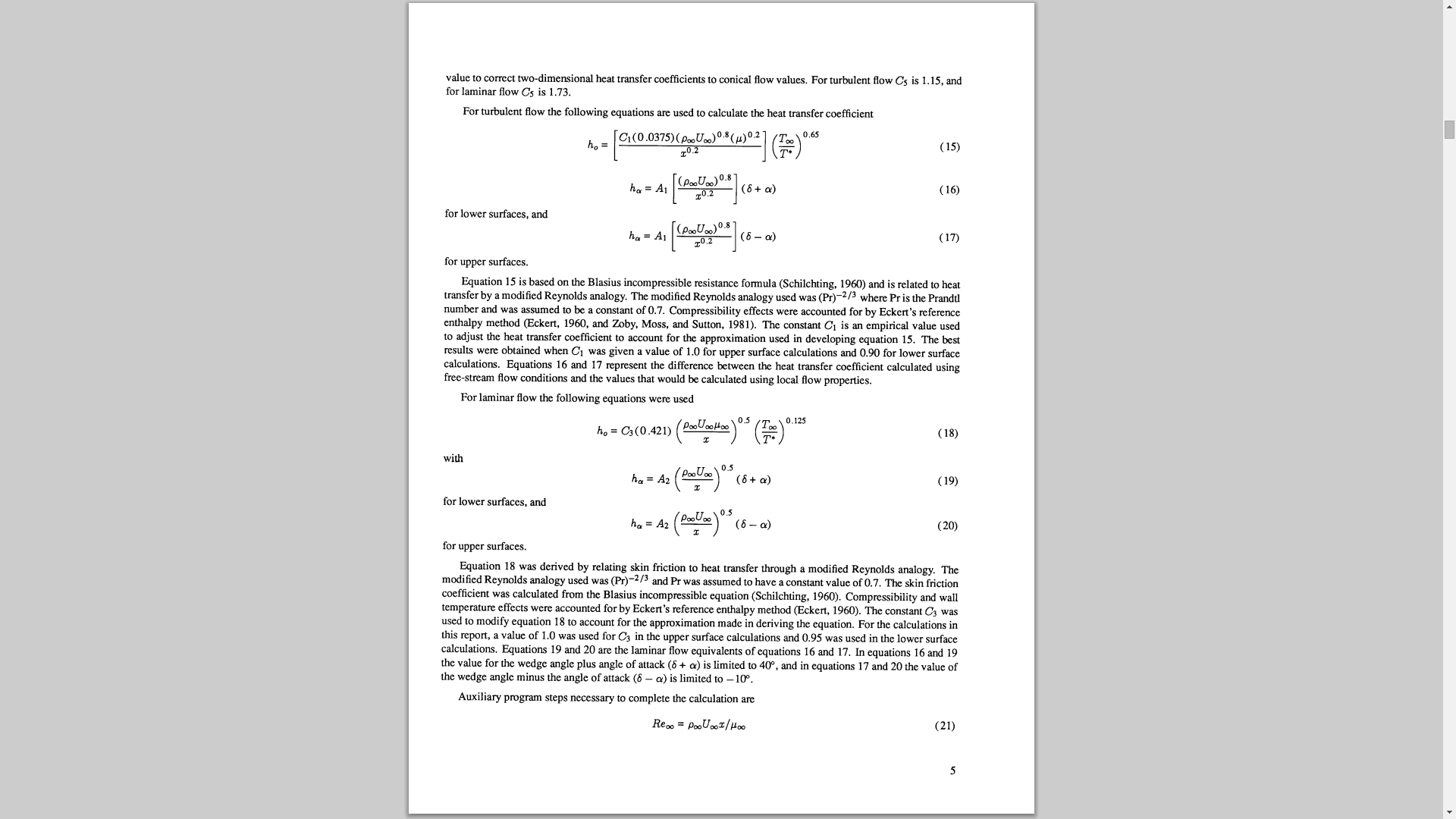 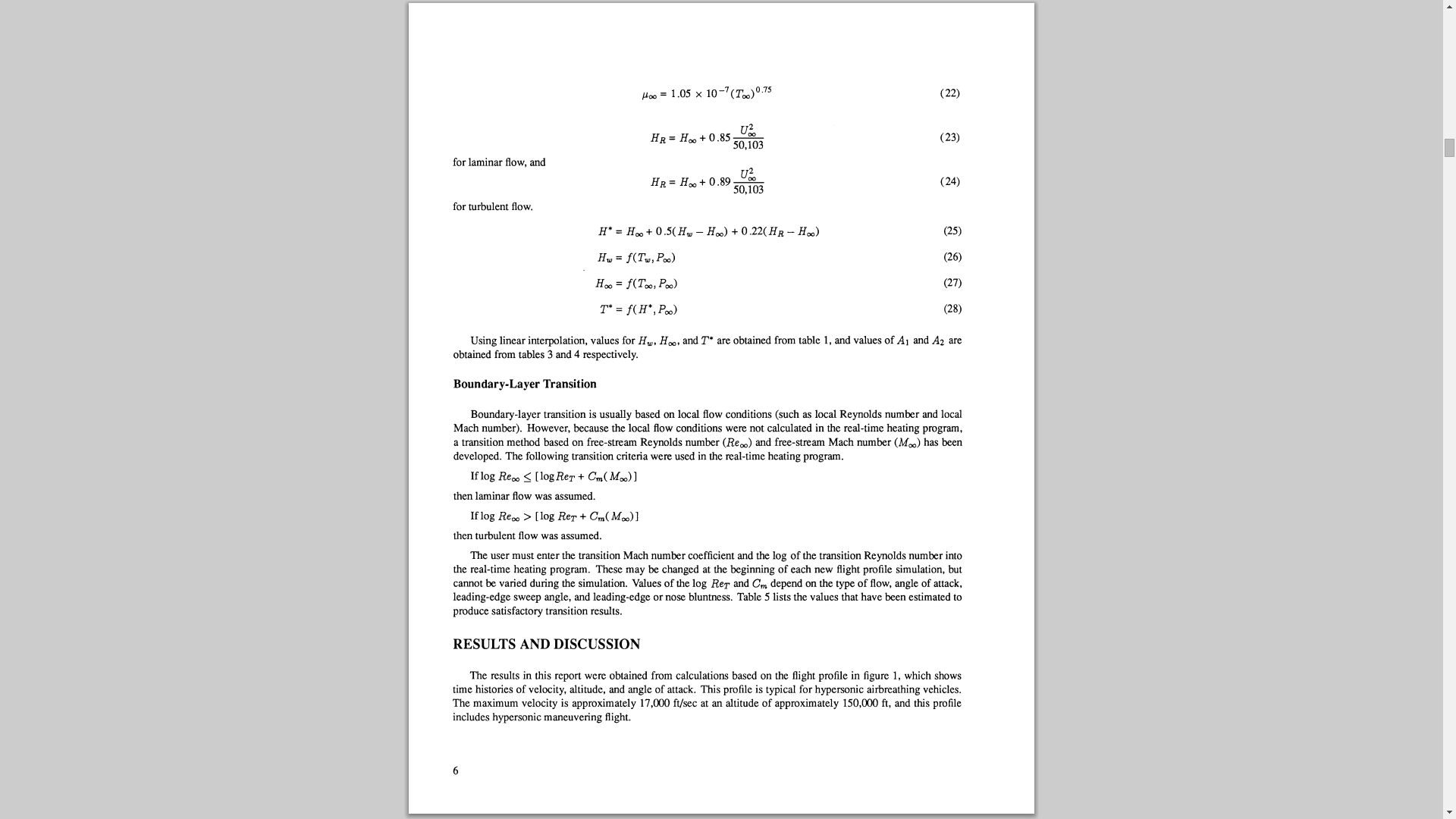 Not the answer you're looking for? Browse other questions tagged fluid-dynamics temperature aerodynamics or ask your own question.

9
How do you calculate vortex shedding frequency?
5
How can you calculate air resistances at different speeds?
28
How do you add temperatures?
1
How find/estimate Parasitic Area (CDA) in order to calculate V(L/D)max?
1
How does leading edge vortices LEV create lift