Is my diagram of spacetime curvature valid (relatively)?

I've been wracking my brain trying to understand what "curved spacetime" really is, and I think replacing one dimension with the time dimension then drawing the world-lines through time was the "aha!" moment.

And this obviously goes ahead and explains our relative perception of gravity appearing to be a constant force downwards, whereas we really just following a curved world line through time (which we are always moving along) that is curved downward toward the Earth.

I added a satellite orbiting to show another aspect, that is that the space station could be said to be constantly moving "up" away from the center of mass, but the curvature keeps it at the same distance to the Earth. We can't see that extra dimension so we feel like we are "falling".

Is this diagram of the world-lines through time correct? The orbiting space station is just an extra thought experiment I put in. 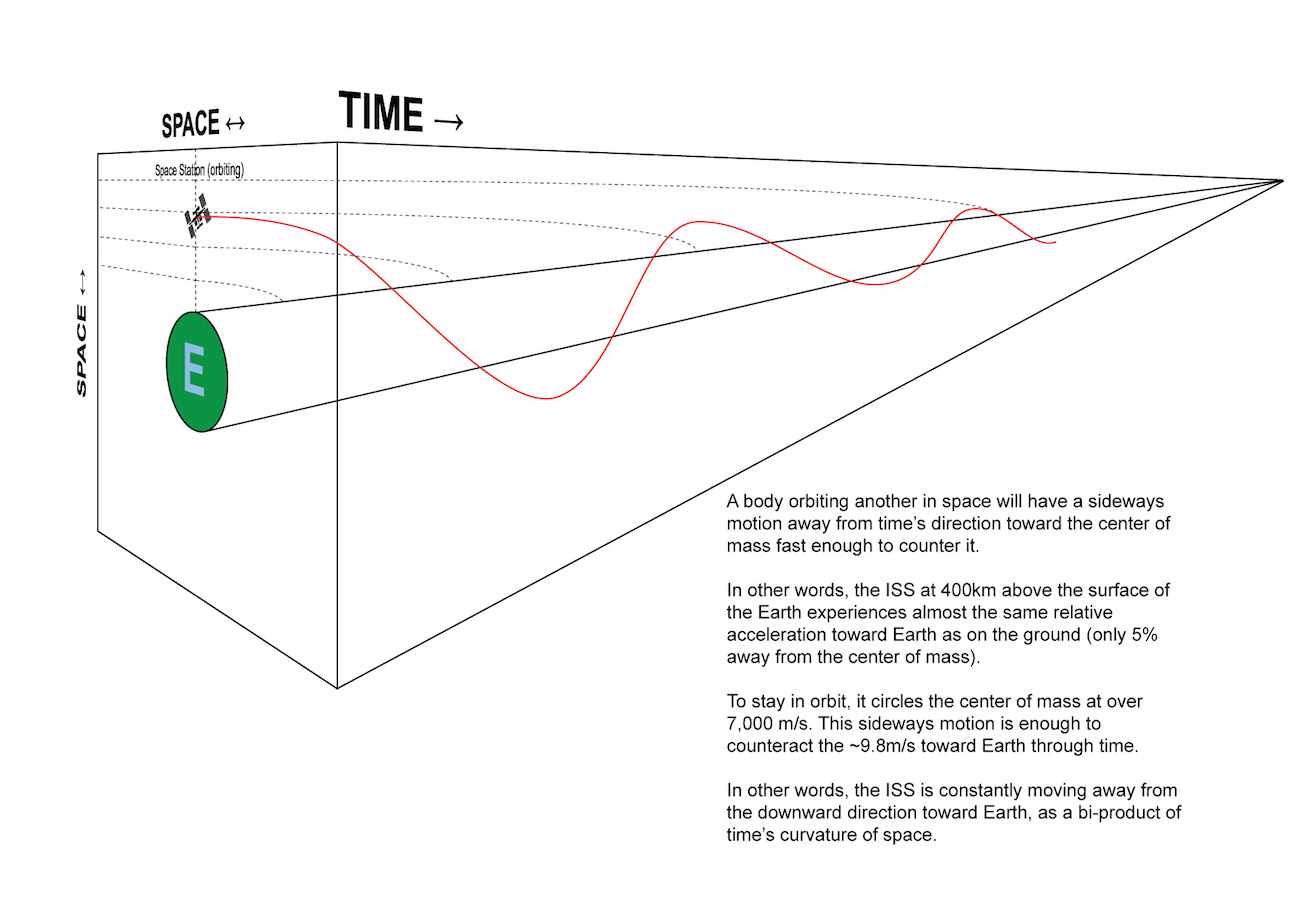 You seem to be implying that the fact that the world-line of the satellite looks curvy, is what is meant by "curvature of space-time". No, that's wrong.

The world-line of the satellite looks curvy in the picture, yes. But, it should be clear that you can have a curvy-looking world-line without gravity. Anything that orbits anything for any reason--e.g., a cowboy whirling a lariat--would have a similarly looking world-line.

Anything that is subject to any net force (not necessarily caused by masses acting gravitationally) will have a partially curvy looking world-line.

Not the answer you're looking for? Browse other questions tagged general-relativity gravity spacetime curvature or ask your own question.

4
Why is there a gravitational attraction between two objects at rest with respect to each other?

12
How do I develop an intuitive model of spacetime?
4
Curvature of spacetime: pincushion distortion?
0
Questions about spacetime curvature and gravity
0
Why does the Earth seem to be round in 3D, and what would it look like in 4D?
0
Question about spacetime interval in acceleration in special relativity
2
Why do objects “fall” along spacetime geodesic lines?
3
Why does gravity cause time dilation?