Why does a circle of light appear when I shine a laser pointer at a wire? [duplicate]

When I point a laser at a wire , a circle of light appears on a wall behind it . why this happens.

What is the circle of light and why does it appear?

Could anyone give some tips on what I should search for or any references? 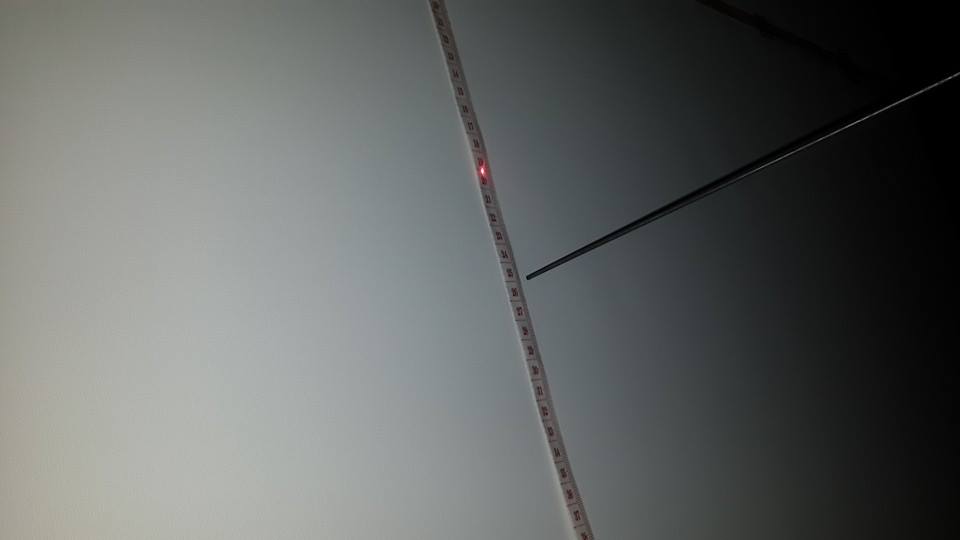 Wire perpendicular to the projection screen 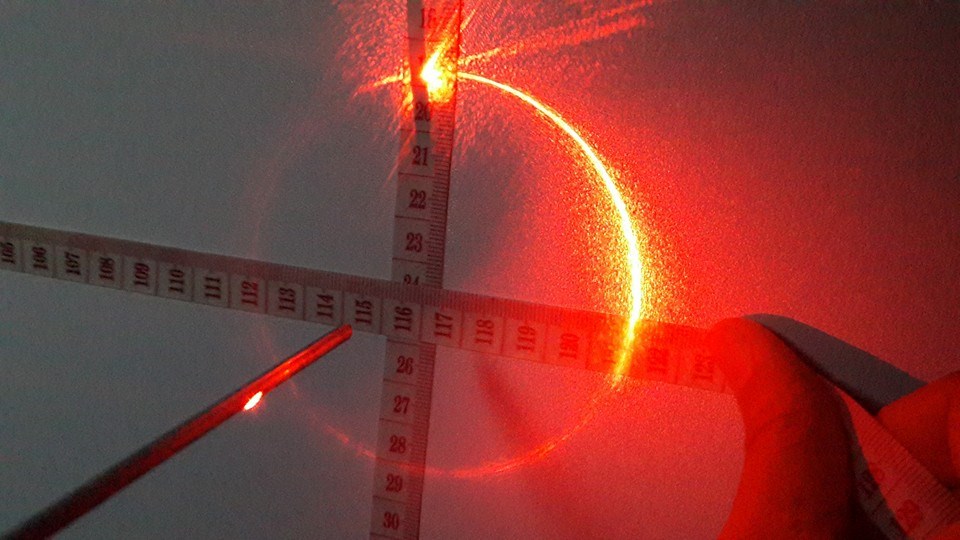 Laser under on the wire Then born circle of light

This is simple reflection - no need for a diffraction explanation.

Light has properties of waves and particles and doesn't necessarily travel in "straight lines".

There is an interesting experiment (I will look up the original scientists who did it and post that info here) where they set up basically a cardboard circle in front of a wall and then shine a flashlight at it.

Interestingly enough, there is a shadow in the shape of a circle on the wall behind the cutout, but there is a bright spot in the middle of the shadow. How did the light get there? Well, the answer is, it doesn't move in a straight line.

I think your laser is doing the same thing, but the effect is probably exacerbated by the reflective properties of the metal wire that you are shining the laser at.

Please see the very informative comments below for more information about the experiment. It is referred to as the Arago/Fresnel/Poisson spot.

Not the answer you're looking for? Browse other questions tagged optics visible-light laser or ask your own question.

18
Tried to do the double slit experiment, failed. Why?
1
How can monitors display a sharp image, if light travels in all direction?
5
Laser, wire, and a circle of light
8
What causes the specific pattern of sparkly light from a laser pointer
0
What would/does it look like if your eyes see an object from 2 different times in the same moment?
1
Why shouldn't we shine laser light back into the laser?
5
Why can't incoherent light be collimated as well as laser light (e.g. in a laser pointer)?