Why are solar panels blue, rather than black, when black absorbs more light?

This is an image of a solar panel array, courtesy of Wikipedia. 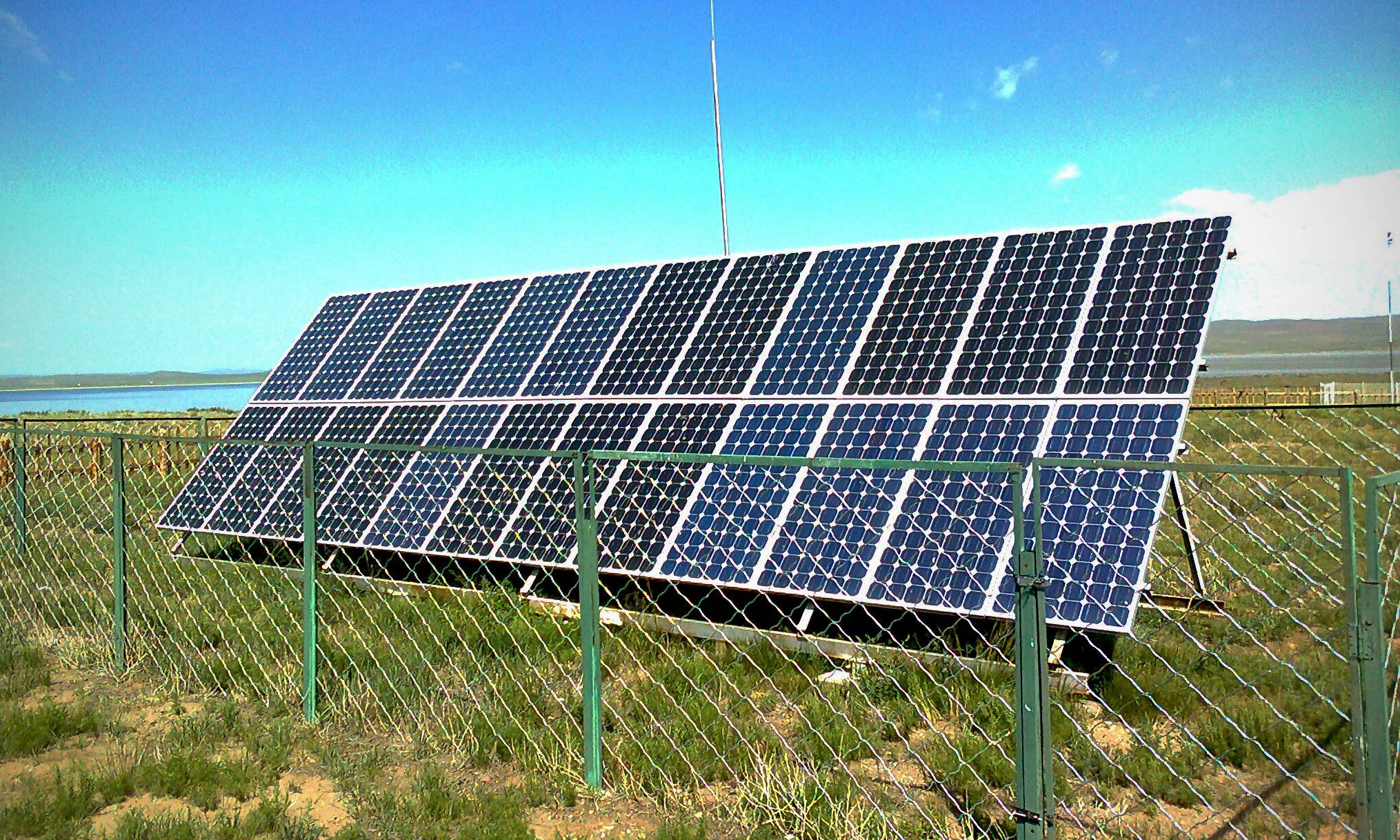 Some of these look rather black, but most of them are blue.

As far as I know, solar panels work by absorbing "light energy", and then converting this to "electrical energy". Some of the energy is also converted into "heat energy", as is natural; things put into sunlight will warm up. Lastly, some of the "light energy" will get reflected as "light energy". But only on specific wavelengths. That's how we can see colors...

Now, black objects reflect less light than blue objects. So, given a certain amount of light denoted by $x$, it should hold true that blue.reflected(x) > black.reflected(x). Inversed, it should hold that (black.heat(x) + black.electrical(x)) > (blue.heat(x) + blue.electrical(x)). Basically, because there's less light reflected, more energy is absorbed.

The colour you're seeing is from the very small fraction of light that the panels are reflecting. The vast majority of light is being absorbed to generate electricity.

Why some of the panels appear slightly blue while others don't I don't know. Presumably there must be small differences in the manufacturing process. The absorptance of solar panels does fall off at the extreme blue end of the spectrum, so you would expect the reflected light to have a blue tinge. A quick Google found this article that includes a typical absorption spectrum: 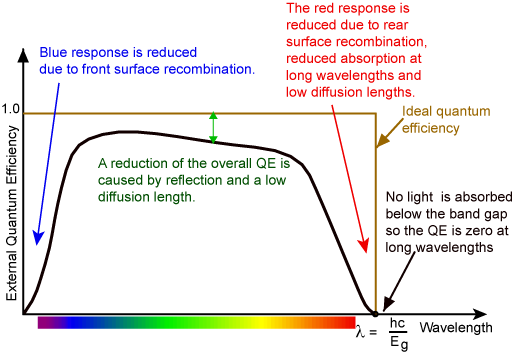 You're looking at solar cells for terrestrial operation. The main efficiency number is not Power_electric/Power_solar, but Power_electric/investment. Capturing the last few bits of blue light just isn't worth it.

In space applications, the investment is dominated by the launch costs. Using a more exotic material to capture 1% more energy might shave a kilogram of weight from the solar panel array, and that's worth thousands of dollars. In those situations, you're likely to see darker panels.

The other extreme is cheap solar-powered toys, which need very little power at all and just care about total cost. Such cells can even be beige. If it saves a cent and the toy still works, who cares?

The solar panels pictured convert light to electricity. If they were perfectly efficient then they would absorb all wavelenghts including available ultraviolet and infrared as well as visible and convert them all to electricity.

In reality solar cells will be designed to absorb one set of wavelengths, though sometimes you might have sandwiches where one layer absorbs one wavelength range and another layer absorbs another range.

So if solar cells were perfect they would be completely black, but in the real world even the most efficient may have some colour due to them not being able to convert every available wavelength into electricity.

Not the answer you're looking for? Browse other questions tagged energy visible-light solar-cells or ask your own question.

3
Would it be possible to build a Solar Panel Etalon?
9
Why does mixing every paint colour produce gray instead of white?
14
Is true black possible?
4
Physics of color: why do visible colors absorb all colors except the color itself?
3
visible light spectrum
5
Why are light bulbs black body radiation emitters?
1
Reason for black and white colour
2
Different colors and their heat absorption capabilities
4
To grow one $\rm m^2$ of crop plants, how many $\rm m^2$ of solar panels do you need?