In the movie Frozen, the following dialogue takes place:

Kristoff: "There's 20 feet of fresh powder down there. It will be like landing on a pillow... Hopefully.

Then they fall all the way to the bottom and survive.

My question is this: would this be actually possible? My instinct tells me no, but I'm too awful at physics to back it.

Under perfect conditions you could see a 13 feet uniform deceleration when landing in 20 feet of snow, or about 4 meters. 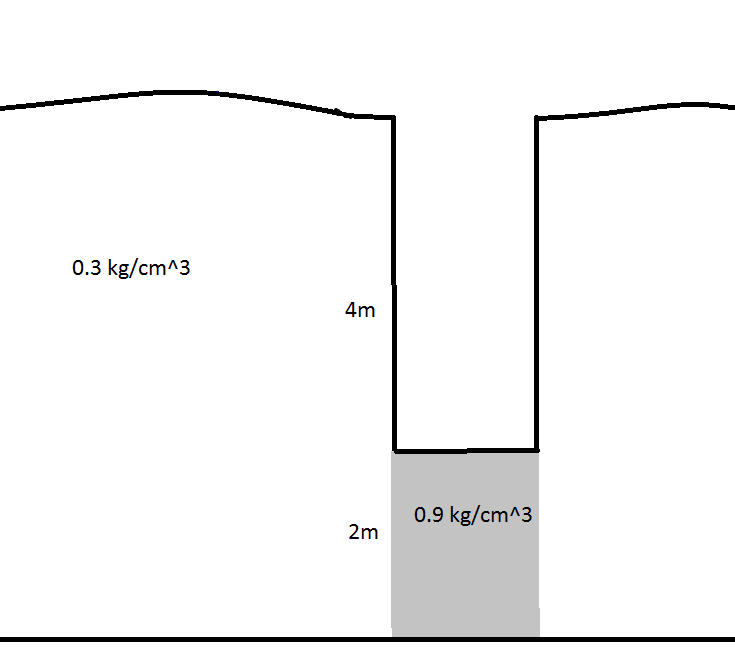 Wikipedia lists 25g's as the point where serious injury/death can occur, and 215g's as the maximum a human has ever survived.

So it seems plausible.

But it should be noted that since the snow at the bottom is under a lot of pressure from the weight of the snow above, it's likely the density would not be $0.3g/cm^3$ throughout. It would help that the force lasts only a fraction of a second.

Edit as pointed out in the comments, the force that the snow will exert could vary with its density. So initially, the force would be rather weak, and as you approach $0.9\frac{g}{cm^3}$ that force would increase, probably exponentially. So the above answer is really a "best case scenario" when it comes to snow compressibility

@Señor O gives a very good answer, but he assumes an ideal deceleration. Based on a viewing of the scene, Anna sinks a little under a meter, while Kristoff doesn't sink more than half a meter.

Since they fell about 200 feet (about 60 m), my initial estimate for their impact velocity is (assuming no air resistance):

However, using a handy chart found in the resource below, when we factor in air resistance, Anna and Kristoff's impact velocity is actually around $33 m/s$

which is about $110g$. Possibly fatal, especially considering that the way he lands would cause severe stress on the spinal cord.

which is about $55g$. Probably survivable, (some car crashes experience higher gs), but would likely injure her. She does land feet-first (probably the optimal way to land in this case), which would prevent some injury. In short, the duo might survive, but they would not be able to just get up and continue on their merry way.

This FAA paper is my primary source for my calculations.

This is another chance to use one of my favorite approximations ever! I first offered it as an answer to a question about how deep a platform diver will go into the water. Now is the chance to use it again!

Issac Newton developed an expression for the ballistic impact depth of a body into a material. The original idea was expressed for materials of approximately equal densities when the ballistic body is moving fast enough for the target material to behave as a fluid (think cannon ball into dirt, meteorite into lunar regolith, etc). For a human body into snow, we can assume it will behave in a granular enough fashion.

The human body has a density of roughly $985 kg/m^3$. Using the two limits for the density of snow provided in another answer to this question, snow has a density between $300$ and $900 kg/m^3$. Let's assume the characters are 5 feet tall (you can easily change the number used, it's not a complicated formula). This gives us two limiting expressions:

So it really would depend on the actual density of the snow, but if you assume that it starts out around $300 kg/m^3$ and can reach a maximum of $900 kg/m^3$, we can assume that the final depth will be close to the same as assuming the average value as $600 kg/m^3$ which would give:

That will give you a pretty good idea of the penetration depths over that range of densities. These numbers are all pretty close to what is given assuming the ideal deceleration given by this answer.

Nice theoretical answers (I can certainly appreciate them, I'm a mathematician). But why delve into theory when experiment is available? In this video you can see a skier jump from more than 200 feet and get head first into the snow, without a helmet.

The video starts with the aftermath, if you want to see the jump right away fast forward to about 1 minute into it.

About 50 years ago in Reader's Digest there was an article about a Soviet airplane pilot who bailed out at high altitude. He fell into a snow-filled ravine and survived. If the angle of the snow is high enough it is no big deal. At Squaw Valley I have seen skiers do drops that might have been 100 feet. If the landing is steep enough it is OK. It is "flat landings" that will get you.

Rock climber Lynn Hill fell 100 feet onto a dirt slope. She not only survived, she recovered completely.

Stunt men do quite high jumps onto airbags. 100 feet onto 20 feet of snow seems possible, but I wouldn't try it if I had any alternative.

Not the answer you're looking for? Browse other questions tagged homework-and-exercises newtonian-mechanics free-fall applied-physics estimation or ask your own question.

6
Platform diving: How deep does one go into the water?
12
How much of the forces when entering water is related to surface tension?
0
How do I investigate the effect of height of the fall of a marble on the size of a crater in sand?

1
Freefall in/out of an enclosed environment
4
How powerful would a laser need to be to make a hole in snow?
1
Freefall equations and forces
2
Freefall to circular motion?