Why does the thought experiment of a photon bouncing of a mirror imply anything for other objects?

Okay, so I am reading a book, "The Elegant Universe" by Brian Greene, which talks about motion and its effect on time.

Greene makes the point that time changes with motion by saying that if you have two mirrors and bounce a photon off of them it will have bounced off them very very often during a second. But, if you have the mirrors moving you must shoot the photon at an angle so it will be able to hit the mirrors and not miss and fly off. Since you are shooting diagonally it takes the photon more time to hit each mirror. So it's basically saying that time changes the closer you come to light speed.

Why? Why does this hold true for all matter? How does bouncing a photon around prove anything?

This is an effect known as time dilation. In this post, I will be taking material from the excellent book, Einstein Gravity in a Nutshell, by A. Zee.

Figure 1 will be the basis for the argument. 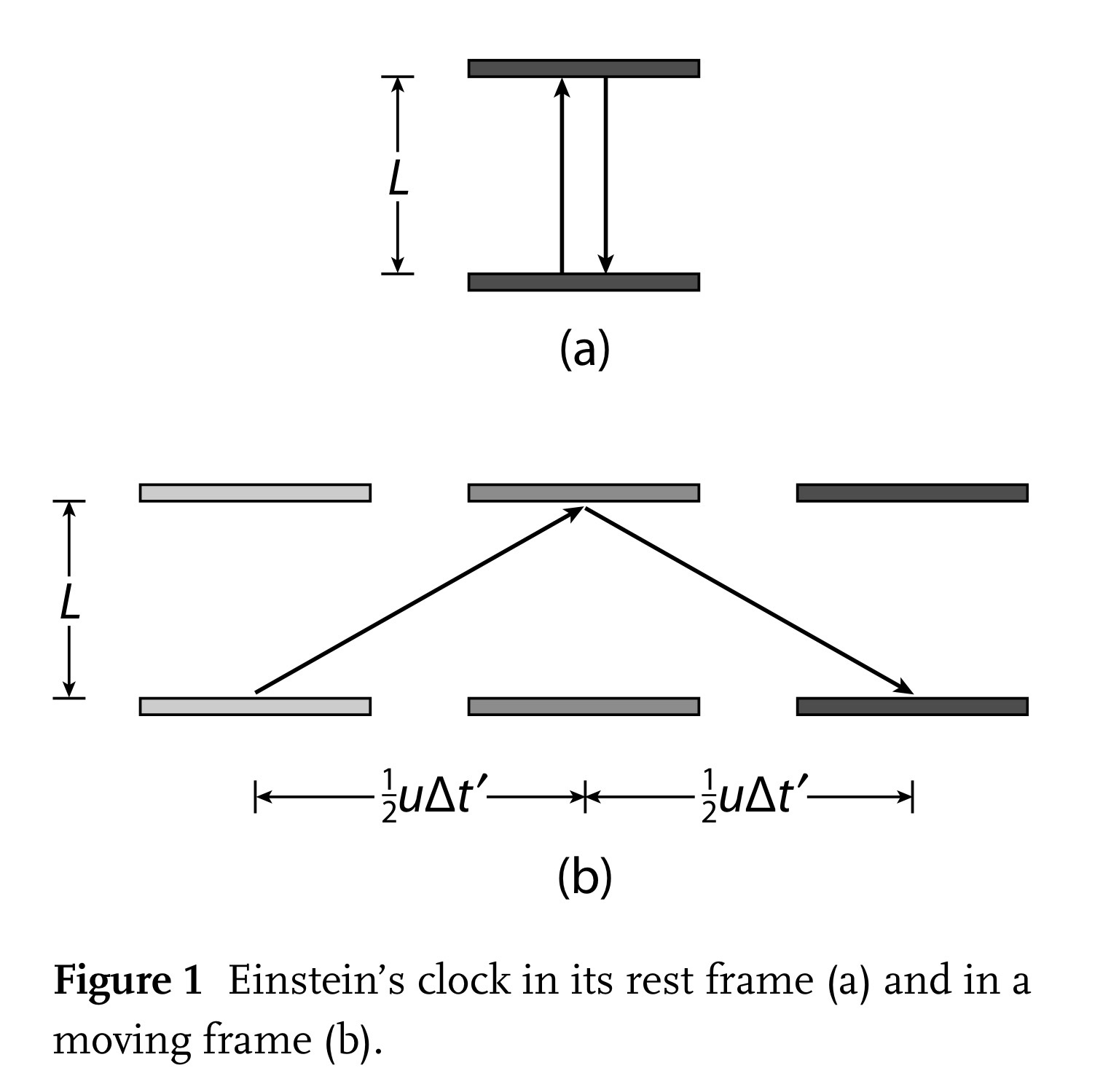 You do not have to shoot the photon at an angle in your example, this is a result of the principle of relativity. The photon appears to travel diagonally to an outside observer (an observer at rest relative to the moving mirrors). If you move along with the mirrors the photon will still appear to move perpendicular to the mirrors.

You can also imagine throwing a ball up in the air while riding on a train. From your perspective (on the train) the ball will go straight up and come down again. An observer standing still beside the tracks will observe the ball to travel in a parabola though.

What the example in the book is trying to convey is that the passage of time depends on the frame of reference. Moving clocks seem to slow down when viewed from a position relative at rest to the moving system (and, by the principle of relativity, you can reverse that position and claim that the moving clock is at rest and everything else is moving).

Not the answer you're looking for? Browse other questions tagged special-relativity visible-light spacetime reference-frames reflection or ask your own question.

27
How are photons “consumed”?
14
Help Me Gain an Intuitive Understanding of Lorentz Contraction
2
How does light get into a stable optical cavity in the first place?
1
Why can't we see things swallowed by black holes?
3
Perceived direction of light emitted in moving reference frame
1
Special relativity mirror clock experiment inconsistency