Are some sources of electromagnetic radiation theoretically (or perhaps technically!) more challenging to detect than others?

In a previous question, I learned that in order to detect an object in space, what matters is how much electromagnetic radiation it is giving off, and what sources of EM radiation the sensor can pick up.

Given that the sensitivity of the sensor over the spectrum is a parameter for detectability, I would like to learn if some wavelengths of EM radiation are more difficult to detect than others, over increasingly longer distances in space.

From my experience in biology, I know that longer wavelengths of lights from a source can be "pierce" deeper into tissue than shorter wavelengths (a bit counter-intuitive!). In fact, that's the premise of "two-photon microscopy" -- using wavelengths of light with such low energy that fluorescent dyes need to absorb two low energy photons in order to be excited. So, the probability of that happening is lower, but there are many benefits, including the fact that longer wavelength light can penetrate deeper into tissue.

Does the physics behind such concerns at the microscale also affect detectability at astronomical scales? Is some EM radiation easier to detect than EM radiation with other energies? Can EM radiation of certain energies "travel" longer distances through imperfect, real space?

Let's jointly go through the motions of calculating our signal strength in detecting electromagnetic radiation from an object in space. This means starting at the emitter and going through the relevant steps until the light/radiation reaches our detector:

To sum up: It's complicated!

High-energy radiation tends to get randomly deflected rather than slowed down by a medium, making lenses impossible. It also will bounce off of individual atoms of a mirror unless it hits at a very steep angle, so mirrors are difficult. Diffraction gratings won't work because you can't make slits smaller than the atomic scale. In the worst cases, even a pinhole camera won't work well since enough radiation that misses the hole will get through to blur the image.

If you just want to detect it's not a problem, but if you want to see the direction it will be more difficult.

I'm not an expert though, so I might be missing something. Is there another method that works well?

A partial answer could show you that the Earth's atmosphere is actually a big obstacle for a large range of radiation, starting from UV light to shorter wavelengths. X-ray astronomy is largely impossible on Earth, which is why such telescopes are always located in space. Long wave radio signals however can be picked up also through the atmosphere, air is "see-through" for such frequencies.

Absorption of electromagnetic radiation in a medium always plays a role, especially in dense matter such as solid insulators, organic tissues or gases. However, since the density of such materials in outer space is extremely low, hardly any light is absorbed along its way to the observer. The effect is there in principle, but it is greater by orders of magnitude in actual matter. Gamma ray astronomy for example is certainly possible, pulsars and black holes have been detected using this technology in the recent years, such as this: 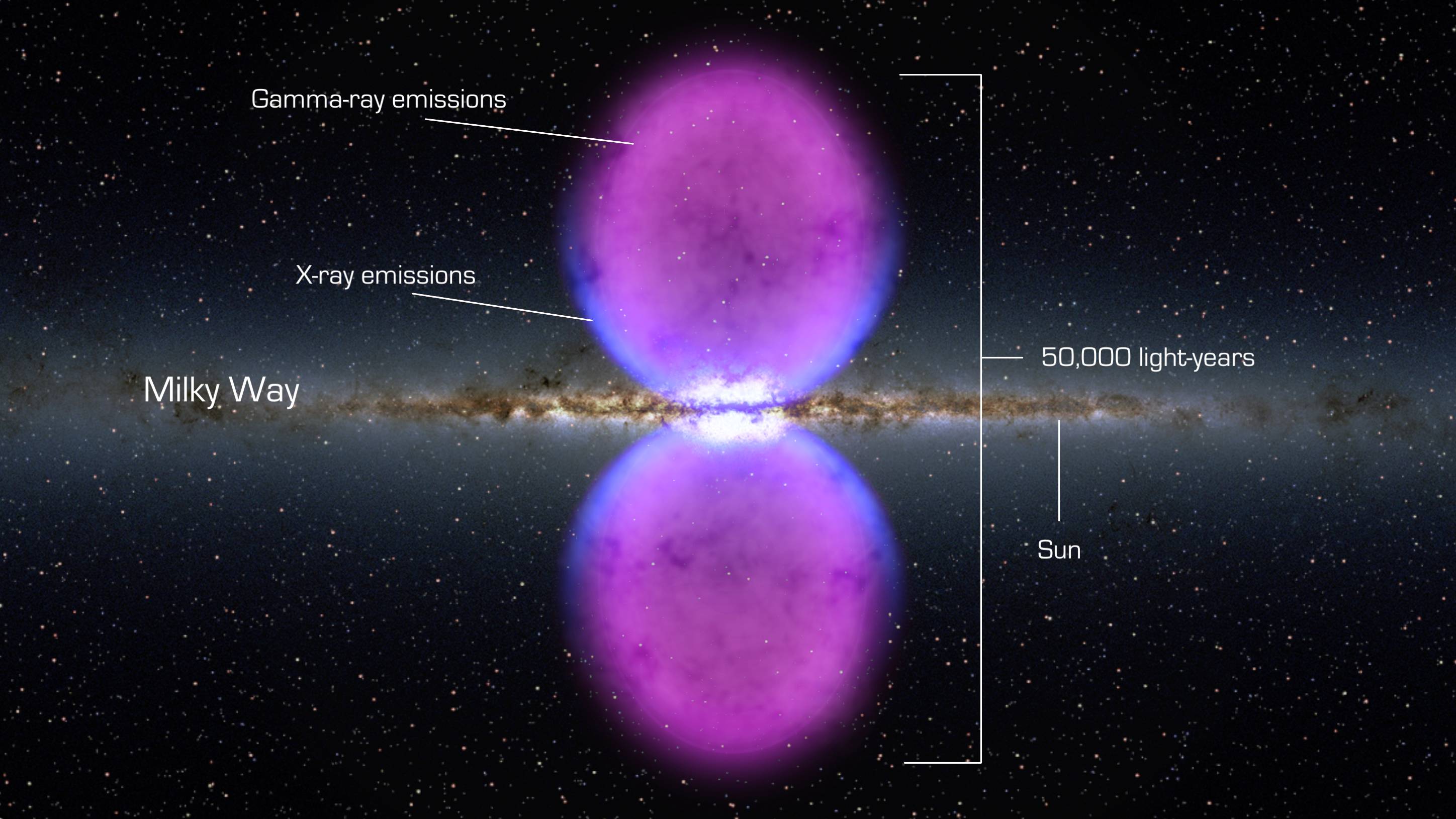 A much greater problem is to my knowledge angular resolution; two stellar "disks" cannot be resolved arbitrarily close. Instead, there is a classically minimum distance they can be separated from each other before they merge into one disk. Also, the intensity of very distant stars can decrease so much that it becomes hard to detect those few photons that reach the detector, among with other technical difficulties such as stabilization or accounting for changes in air density (for Earth-based astronomy). The Hubble Deep Field for example was recorded with visible and UV light, which has travelled across the whole observable universe (~12 billion light years).

Not the answer you're looking for? Browse other questions tagged electromagnetism astronomy sensor or ask your own question.

1
What parameters control the amount of thermal energy an object must possess for it to be detectable in space?

9
Why are some materials diamagnetic, others paramagnetic, and others ferromagnetic?
5
Why are $21\,{\rm cm}$ line observations more useful than observations of other emission lines?
2
Largest item experiencing electromagnetic forces that are stronger than gravity
2
Why are Lunar Eclipse more common than Solar Eclipse?
1
Why are some colours of rainbow lighter than others?
10
Are non-zero-area pulses of electromagnetic radiation possible?
5
Why are some materials more ferromagnetic than others?