What is causing the normal force in circular motion? 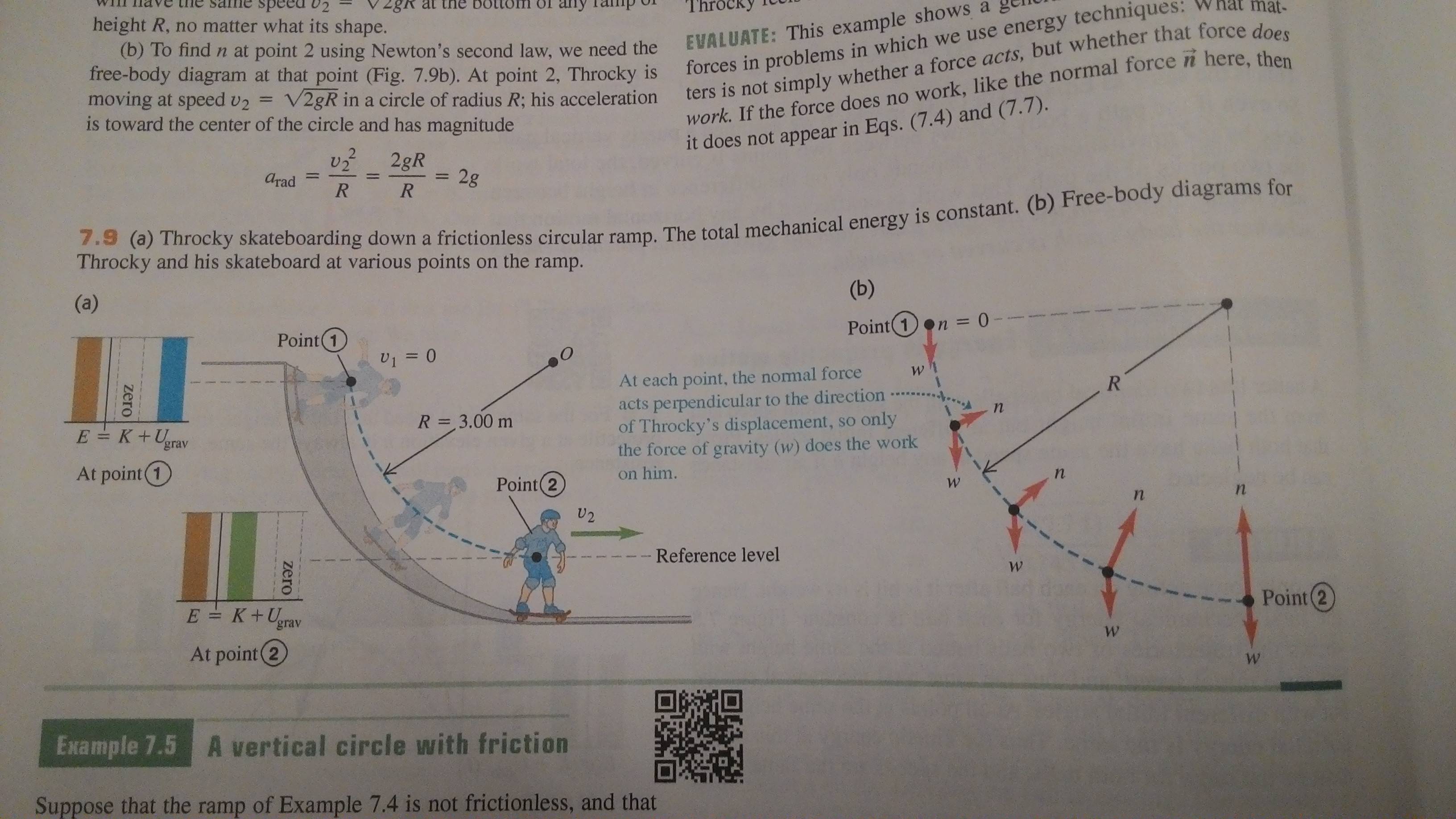 Consider it in this way:

Suppose the normal force is not large enough, i.e.

Point 2 exerts more force than the force of gravity (a.k.a. weight of the skater) because there is an acceleration term. Remember, F=ma, or more accurately ΣF = ma. In this case ΣF is composed of the normal force and the force of gravity. Near the bottom of the curve, we are still trying to change the skater's velocity, which means there is an acceleration.

I don't think the book is drawn very well. Once the skater reaches flat land (after the ramp), he stops accelerating, so ΣF = 0 and you get what you expect: the normal force is equivalent in magnitude to that of the force of gravity. Because it is a smooth curve, it is clear to see that "near" the bottom of the curve, acceleration should be "nearly" zero. The maximum normal force (the one which causes us to see a normal force greater than gravity) should occur somewhere in between the top and bottom of the ramp.

Consider a roller coaster, which is the same idea but a bit more accessible to non-skaters. You get taken way up to the top of the hill, then dropped, with nothing but normal forces and gravity (just like the skater). During the drop, you feel weightless. At the bottom as you screech towards the first turn, you feel exactly 1g (normal weight). However, at some point during the curve from dropping to straight-and-level, you feel crushed into your seat. That crushing feeling is your body's intuitive analog of a normal force that is much much higher than gravity as it frantically tries to bend the path. It doesn't occur at the bottom of the hill; it occurs somewhere in the middle of the curve.

Also intuitive, take a bowling ball, put it on a table. It has no trouble with those normal forces. Now drop that same bowling ball off of a parking garage (check for pedestrians first). For a split moment, the normal force of the ground pushing on the ball is substantially higher than the force of gravity, as the ball-ground pair work together to try desperately to apply the decelerations needed to stop the ball before it goes through the concrete. Those normal forces are sufficient to crack the ball clean in half!

2
Circular motion normal force
0
Normal force for car banking turn vs object sliding down slope
1
Normal Force in Circular Motion
3
Normal force on vertical circular motion
8
Why do sticky (like rubber) items slide slowly down a ramp?
1
What force creates the contact/normal force?
0
Confusion about Newton's first law
1
Question Regarding the Normal Force
2
How does angular momentum contributes to increase the normal force?