Why do mirages only appear on hot days?

A previous question asked why the road sometimes appears wet on hot days.

The reason is that when there's a temperature gradient in the air, it causes a gradient in the index of refraction, causing the light to bend. This diagram (from Lagerbaer's answer to the previous question) is

I have two questions about this.

First, Wikipedia says that in order for the effect to appear, there must be a temperature gradient on the order of a few degrees per hundred meters above the asphalt.

Then I assumed the temperature above the Earth is modeled by $T = T_0 + gy$ with $y$ the height and $g$ a temperature gradient in ${}^\circ\mathrm C/\mathrm m$.

This completes the model. Fermat's principle gives a variational problem to solve for the path of the light. However, the resulting differential equation was hard to work with, so to first order I approximated that the light starts at a horizontal distance $x = -L$ at height $y =h$, slopes down towards the ground with some slope $m$ until it gets to $x=0$, then slopes back up at the same slope $m$ until it gets to $x = L$ and $y = h$ again. Then I chose $m$ to minimize the travel time of this path.

To first order for small $h$, I found 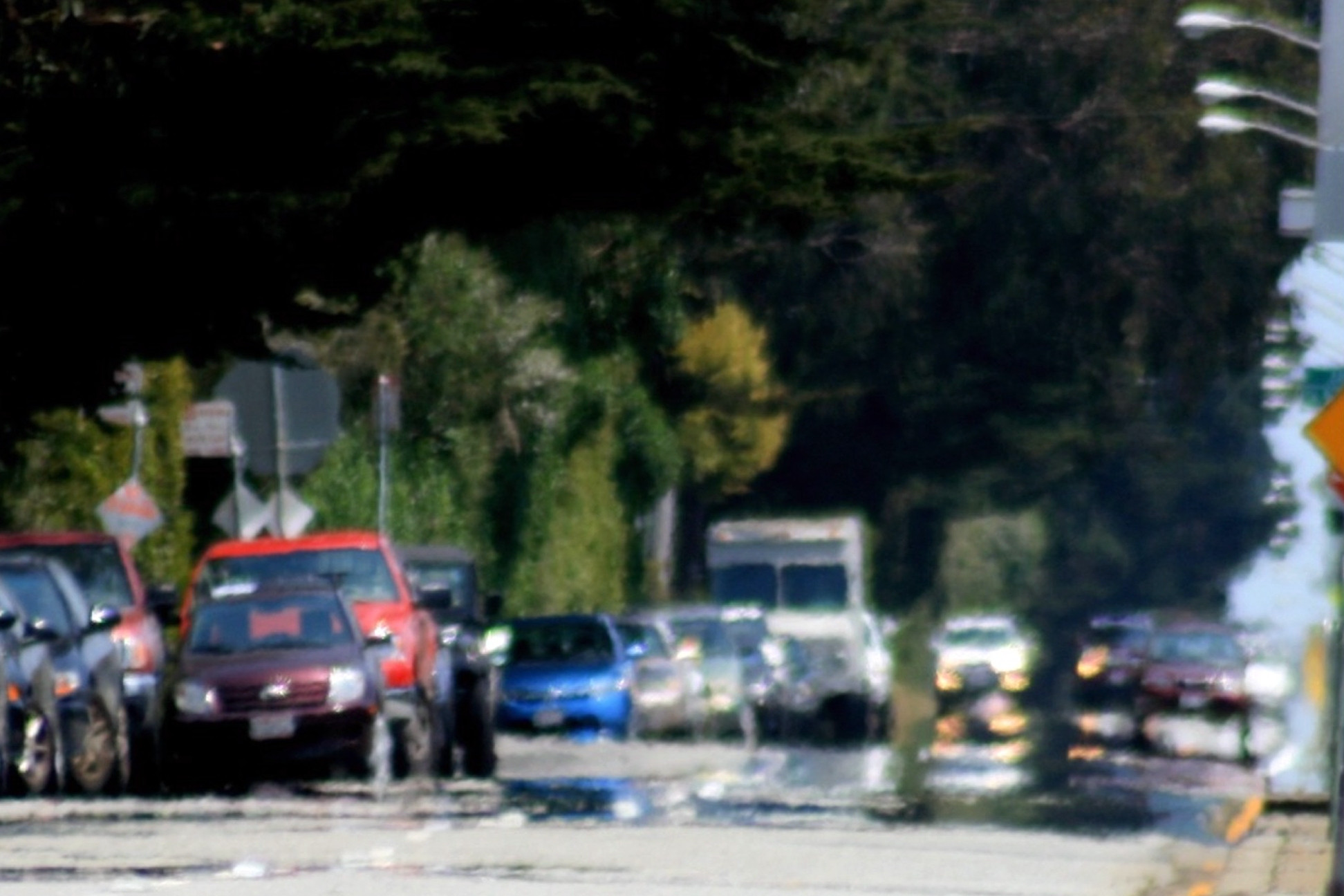 So my first question is: what's wrong? Why are there mirages when this model predicts that there are not?

I have not done the math but would expect that the radiation from the asphalt as $T^4$ will favor larger gradients for higher temperatures. I have the impression that air goes something like $T^6$, so even conduction energy transferred will have larger gradients the hotter it is. Your g is temperature dependent I guess.

Edit in response to edit of question.

Shouldn't that happen on cold days as well as on hot days?

I am copying from the comments below:

On a cold day even if windless with no convection the equilibrium temperature will be much lower since it starts heating from a much lower ground temperature. You can fry eggs in the summer in Greece on the asphalt, not in the winter.

The illusion is generated by your brain. The light is only a quarter of a millimeter lower, at your eye. So you detect it as being feet lower at a distance of 200M. Your brain interprets the light as if it took a straight path to your eye, so only a small deviation in angle is required to make the mirage possible.

If the object is small enough (or the heat gradient is large enough)it can be completely obscured by the mirage.

26
Why does the road look like it's wet on hot days?
2
Why does a mirage disappear as you approach it?

1
How is refractive index related to the density of a medium (for example, air)?
0
How is horizontal atmospheric refraction explained?
0
How to account for lower tropospheric horizontal refraction
0
How mirror can be used to explain the appearance of mirages?
2
Multiple images of a car over hot road
1
What is the theoretical range of temperature the air must be in order to reflect/refract light (for a volumetric display)?