In a 1D elastic collision, it is well-known that the relative velocities of the two objects (before and after the collision) are reversed. What is the extension of this result to 2D or higher? Is there an analogous result for 2D or 3D collisions (the two objects are not travelling along the same line)?

In a 1D elastic collision, it is well-known that the relative velocities of the two objects (before and after the collision) are reversed.

When you say reversed do you mean that each object keeps their own velocity just with a change of sign?

That would not always be the case for a 1D situation. If a resting block $v_{1,before}=0$ is hit by a moving block $v_{2,before}>0$ of equal mass, then the resting block will start to move and the other one will stop, $v_{1,after}>0$ and $v_{2,after}=0$. If the masses are not equal, then even if they move towards each other they may after the collision be moving in the same direction at different speeds. See the GIF's in this this link.

What is the extension of this result to 2D or higher

For a 2D or 3D case you can split the velocity into components. If two objects hit each other with an angle, the perpendicular velocity components will behave as in the 1D case, while the other component will remain unaltered. 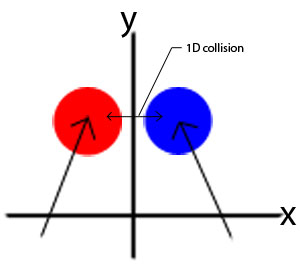 See this link for a good demonstration. 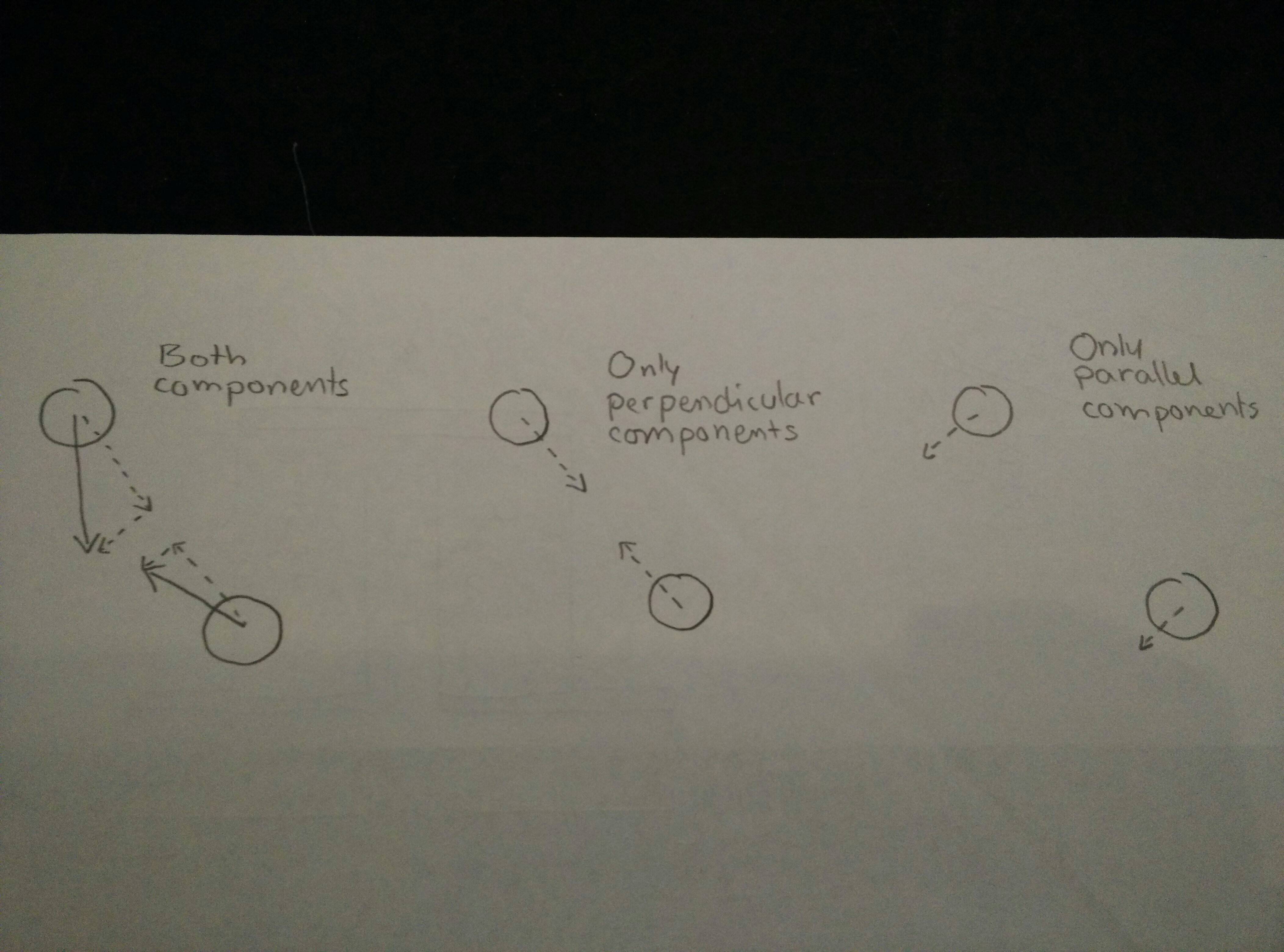 Each ball might have its own $x$ and $y$ components (see the left drawing on the illustration).

We place the coordinate system so that they each have one component pointing towards each other while the other components are parallel. This will always to be possible to do.

Therefore, any collision in 1D, 2D or 3D will happen as was it 1D. I hope this helps.

To give an example consider this situation of two balls. Equal mass to keep it simple, but might have different velocities: 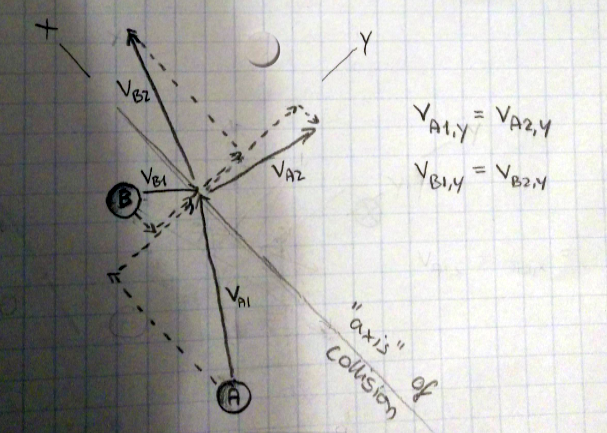 For the billard table example you bring up in the comments, the same situation is the case, but one ball is initially at rest: 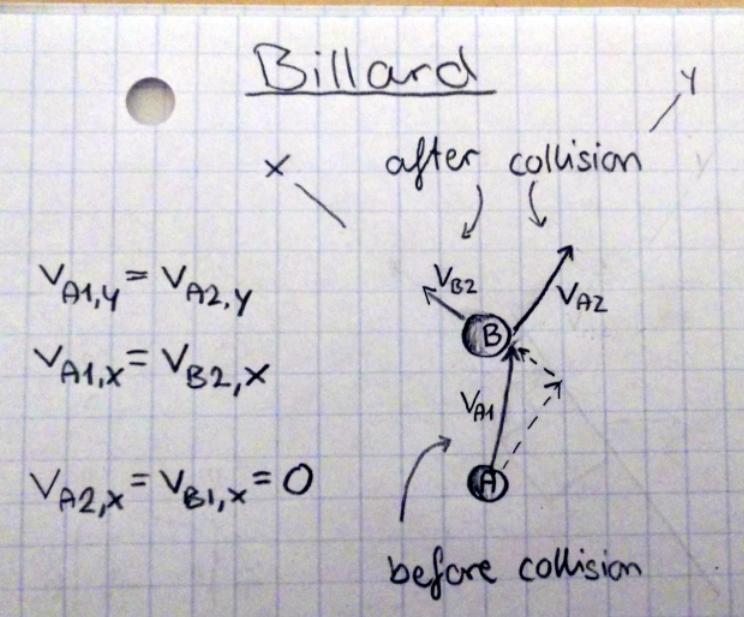 The y-components are still constant and the x-components are not. (Masses are assumed equal.) If the ball was hit head-on it would move straight away backwards. But as in this case, by letting the balls collide with an angle they will roll off in directions other than the original one.

Not the answer you're looking for? Browse other questions tagged newtonian-mechanics momentum conservation-laws collision inertial-frames or ask your own question.