Why does ice melts faster near the surface of water?

I had a few frozen bottles and while they were melting I saw this: 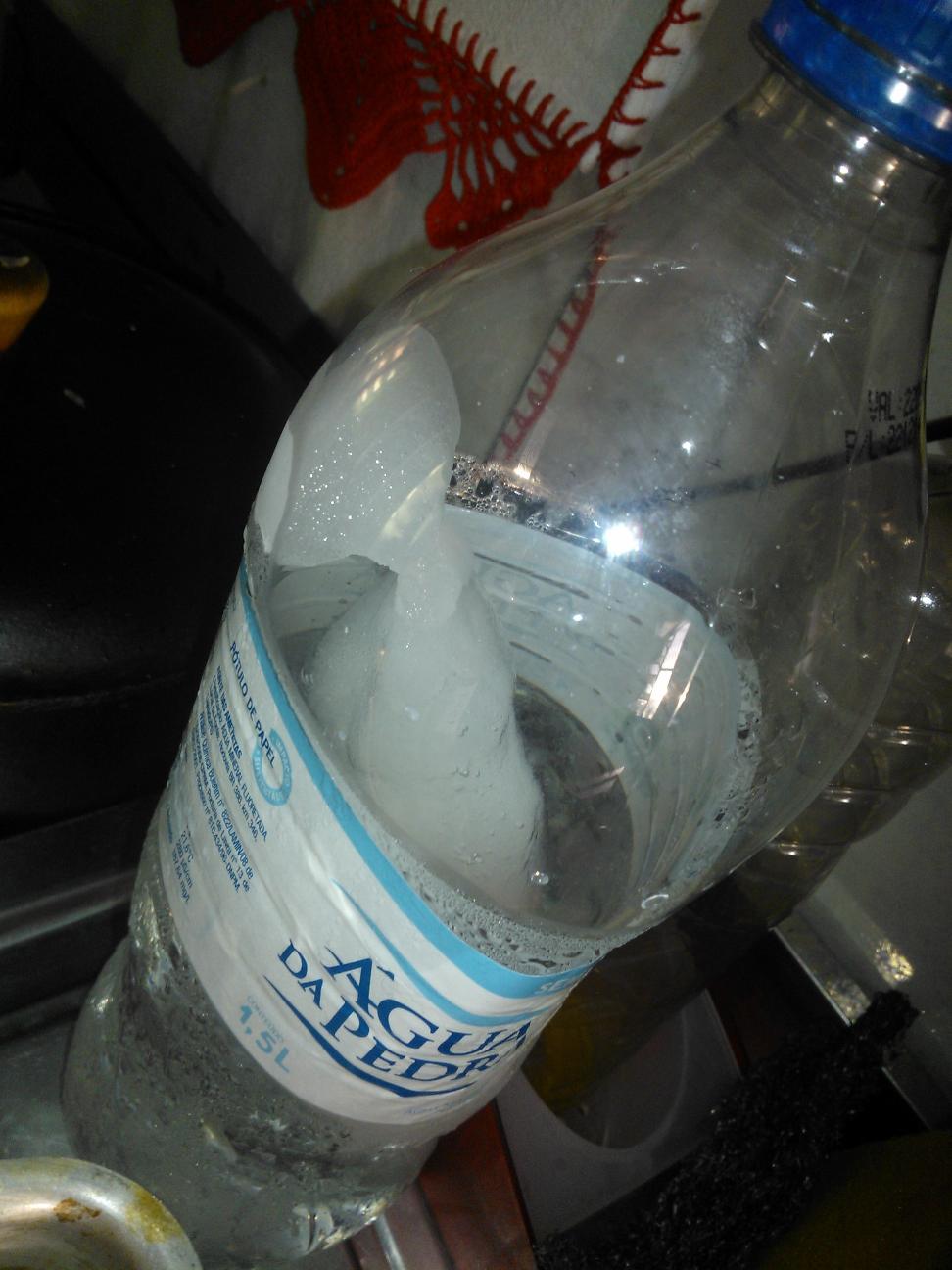 in all of the bootles, the ice seems to get thiner near the surface. I have searched a bit and I've found this video that shows better the effect:

I tried to google why it happens with little sucess, I also skimmed my intro to thermodynamics book and nothing. It seems to be a commom effect (hopefully not a confirmation bias on my search): 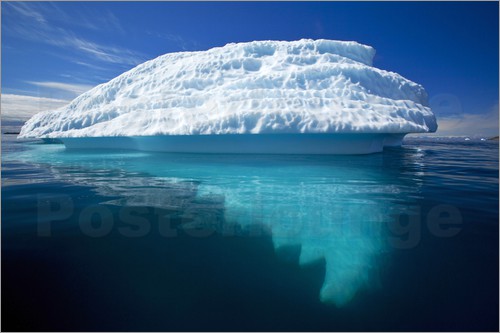 So, why that happens?

I may be incorrect as I do not have a scientific background, but here is my opinion as to what appears to be going on here.

Water is a better conductor of heat than what air is, because of this any ice touching water will melt at a much faster rate than in air of the same temperature. The energy required to melt the ice cools down the water which in turn causes the colder water to fall to the bottom of the container the warmer water to stay near the surface. The entire surface area of the bottle will basically act as a heat-sink for the water where it is in contact with it, allowing the liquid to take in heat from the ambient air around the bottle.

This does not directly explain the reason why the melted ice is above the surface, but when you realise that melting the ice is in effect removing mass from the solid block of ice, allowing it to float at a higher position than before, turning the whole system into a sort of moving melting 'converyor belt', melting ice at the surface of the water, moving up the previously melted spot to the point it is now out of the water and continuing the process which after some time would create the weird icy ridge hanging over the water demonstrated in the pictures & video.

Because the air is cold?

Melting ice requires energy, so the air in the bottle in contact with ice rapidly cools to near freezing point. For ice to keep melting the air around it must be reheated. Near the surface this happens by convection UP from the air warmed by the water surface and is comparatively efficient.

In contrast, the polar air may be below freezing to begin with, and the air in the bottle basically acts as an insulator. So air that is outside the convection from the water surface simply stays cold.

Mostly guesswork, but it fits the images...

I can't either give you a 100% correct answer, but my thought is that the water at the surface melts faster because of Surface Tension.

Again..that is only an uncertified opinion and I am not sure if this is the reason.

Not the answer you're looking for? Browse other questions tagged thermodynamics water ice or ask your own question.

3
What happens to water level when ice XII melts?
34
Why does water rise through a hole in ice
9
Does ice made with hot water melt faster than ice made with cold water?
8
Does an ice cube change its core temperature as it melts?
1
Does ice made out of salt water melt slower than ice made of pure water?
2
Ice melts slower in salt water?
3
Salt water and ice, vs. plain water and ice
10
Why does this ice cube rotate when it melts on a flat platform?