Could Dark Energy just be particles with negative mass?

Title speaks for itself.

Dark matter: We see extra attractive force, and we posit that there are particles which create such a force, and use the measure of that force to guess their locations.

Only thing is, dark energy is uniform. So I suppose the stuff would have to be (at least somewhat) uniformly distributed throughout the universe. How uniform do we know it to be? Could the "stuff" be somehow a part of empty space itself?

If dark energy would consist of particles, it would dilute with the growing radius of the universe to the third power, since the total number of particles would stay the same while the volume increases. What observations found was that dark energy rather behaves like a constant which does not thin out, that's why it is also known as the cosmological constant. That means even if the universe expands, the amount of dark energy per cubic meter stays (at least approximately) the same.

Matter and dark matter are also evenly distributed throughout the observable universe, at least on the largest scales. What makes dark energy different isn't that it is uniformly distributed, but that it has a constant density. The amount of dark energy per cubic meter of universe is the same regardless of the total volume of the universe. If the universe is twice as big, there is twice as much dark energy, so the universe expands twice as fast. Hence the accelerated expansion. This must be a property of space itself. If these were particles they would simply dilute away as volume increased.

“If dark energy would consist of particles, it would dilute with the growing radius of the universe to the third power, since the total number of particles would stay the same while the volume increases. What observations found was that dark energy rather behaves like a constant which does not thin out, that's why it is also known as the cosmological constant. That means even if the universe expands, the amount of dark energy per cubic meter stays (at least approximately) the same.”

The answer above was conventionally correct. Modern science has now developed further since then. There was a result last year by an Oxford professor Jamie Farnes, widely discussed in international media, about possible creation of negative mass particles. http://arxiv.org/abs/1712.07962 When negative mass particles are created by a creation field, they do not thin out and can behave as a cosmological constant. Apparently the idea is also testable.

Solutions to this problem exist in peer-reviewed bimetric theories (many papers available, just search "negative mass in cosmology" on the internet) which separate positive energy from negative energy species in two conjugate pseudo-Riemannian metrics $g_{\mu \nu}^{(+)}$ and $g_{\mu \nu}^{(-)}$ where distances between two points A and B in spacetime are different according to the metric where they are measured.

The positive and negative sectors have different space scale factors $a^{(+)}$ and $a^{(-)}$ that you can approximate to the measured "radius" giving the "size" of the universe. As the positive sector and the negative sector are both expanding but are also in mutual repulsion and in unstable equilibrium from the Big Bang, one of the sectors quickly passed in front of the other. In a simplified way, imagine these two sectors as two concentric bubbles expanding together, being also in mutual repulsion. Hence the bubble ahead is accelerating, hassled by the one which stayed behind, which itself undergoes a decelerating expansion for the same reason.

The cause of this accelerating expansion is what the mainstream ΛCDM model calls "dark energy" which would be the expression of a mysterious negative and exotic "repulsive power of the vacuum". According to bimetric theories of gravity (not to be confused with bigravity theories involving massive gravitons), dark energy is simply the repulsive pressure due to the overall negative energy density of the contracted negative sector, made of the cosmological antimatter at t<0 (see Sakharov conditions and CP violation and the matter–antimatter imbalance, 1967), having a negative energy and negative mass due to T-symmetry (see Symplectic geometry and dynamical group theory for reference, especially the complete Poincaré group and its relation to the arrow of time and energy inversion).

And, it permeates whole space uniformly (so it dominates the universe with 68% presence). As for your empty space claim, it's not true. Due to Uncertainty Principle in action, you can't measure energy precisely for a precise time interval.

Negative mass particles might dilute away, so no cosmological constant, unless they were products of a hypothetical compact star, exotic star, or a black dwarf star decaying: constantly spitting out unknown particles... that may be hitting us from the future (from the decay of a futuristic black dwarfs jettisoning an exotic particle like a tachyon, neutrino, or hawking radiation with such low mass that it is faster than light and traversing backward and or forward across time and space),

Compact exotic stars could generate a constant supply of short-lived micro-black holes to compensate for dark matter as well. Our dillema is we don't know a lot about particles. What particles might exist is the difference between a big chill and a big bounce. I mean, the cosmological constant's effects on physics us subject to change should particle physics cause a cosmology episode to occur.

Could Dark Energy just be particles with negative mass? Yes!

What we are looking for in cosmology is one attraction term and one repulsion term. If a negative mass exists, we can get it.

At this time, let's insert the above new gravitational potential energy term into it.

Even though the origin of dark energy is particles with negative mass, the phenomenon that dark energy increases as the universe expands can appear. How?

Because we judge the components of the universe through gravitational effects rather than mass energy. Please refer to the following my papers.

My Paper-1 : Pair Creation Model of the Universe From Positive and Negative Energy https://www.researchgate.net/publication/275056453

Negative mass was found but ... 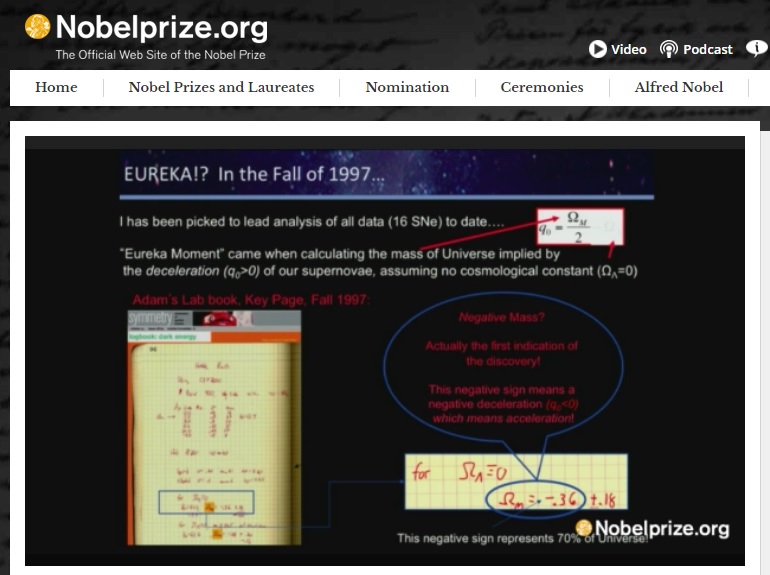 Negative Mass?
Actually the first indication of the discovery 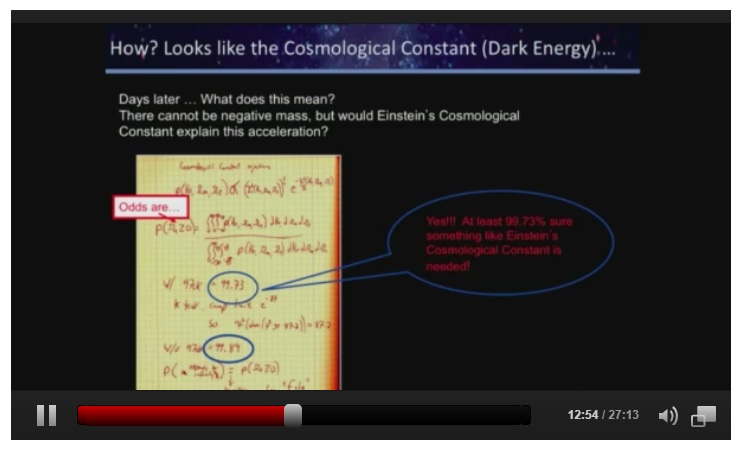 Days later… What does this mean?

There cannot be negative mass, but would Einstein’s Cosmological Constant explain this acceleration?

Let's remove his preoccupation and step back and look at the accelerating expansion of the universe. This is a phenomenon that can also be explained by the presence of negative masses.

Thay have a sense of rejection of negative mass (energy), so they use logic to introduce negative pressure~

From the second Friedmann equation or acceleration equation,

The mainstream produces acceleration expansion by setting the pressure of the cosmological constant or vacuum energy to P = -ρ.

And we have to know that rejection logic of negative mass, which is the root of stereotype, is wrong.

Moreover, we considered vacuum energy as the source of dark energy, but the current result of calculation shows difference of 10^120 times between the two values (observation and calculation), which is unprecedented even in the history of Physics.

The model also has a CCC(Cosmological Constant Coincidence) problem.

The notion created by the mainstream does not conserve energy.

Anyway, negative mass (energy) is a valid solution for accelerating expansion of the universe.

Despite what most answer says. Yes Negative energy particles can account for dark energy and dark matter. D will already gave a good exemple. Another article I would like to point out is this one: https://www.researchgate.net/profile/Jean_Pierre_Petit/publication/277589002_The_Janus_Cosmological_Model/links/556de3d208aeab7772269cba.pdf

It is the Janus cosmological model. I copy the abstract for futur reference:

Abstract : The Janus Cosmological Model is presented, based on a bimetric approach
fairly different from usual ones. The f irst population refers to ordinary matter while the
second is a copy of that last, with negative mass and energy. The existence of such
negative component is justified and leads to good fit to observational data especially for
the acceleration of the universe. This well defined single kind of invisible matter
challenges both dark matter and dark energy, with respect to observational data.

As you can see see. It accounts for the accelaration of the universe (Which mean the comoslogical constant is taken into account).

About your last question:

Only thing is, dark energy is uniform. So I suppose the stuff would have to be (at least somewhat) uniformly distributed throughout the universe. How uniform do we know it to be? Could the "stuff" be somehow a part of empty space itself?

In this model dark energy is not uniform. But it can still lead to the observed expension and accelration of the universe. The negative masses are mostly in the void around galaxy clusters.

Not the answer you're looking for? Browse other questions tagged particle-physics cosmology mass dark-energy or ask your own question.

0
Is antigravity (i.e. repulsive gravity) the source of accelerating expansion (dark energy)?
3
The 3rd derivative of the size of the universe?
1
Big Bang…or…Everywhere Stretch?
1
Could dark energy just be another characteristic of the gravitational force?
1
Farnes, cosmology involving negative mass