Can anyone kindly help me with these sign conventions?

Since I have some confusions with the sign conventions , I have finally drawn up the following conclusions . Plz check if the following are correct .... 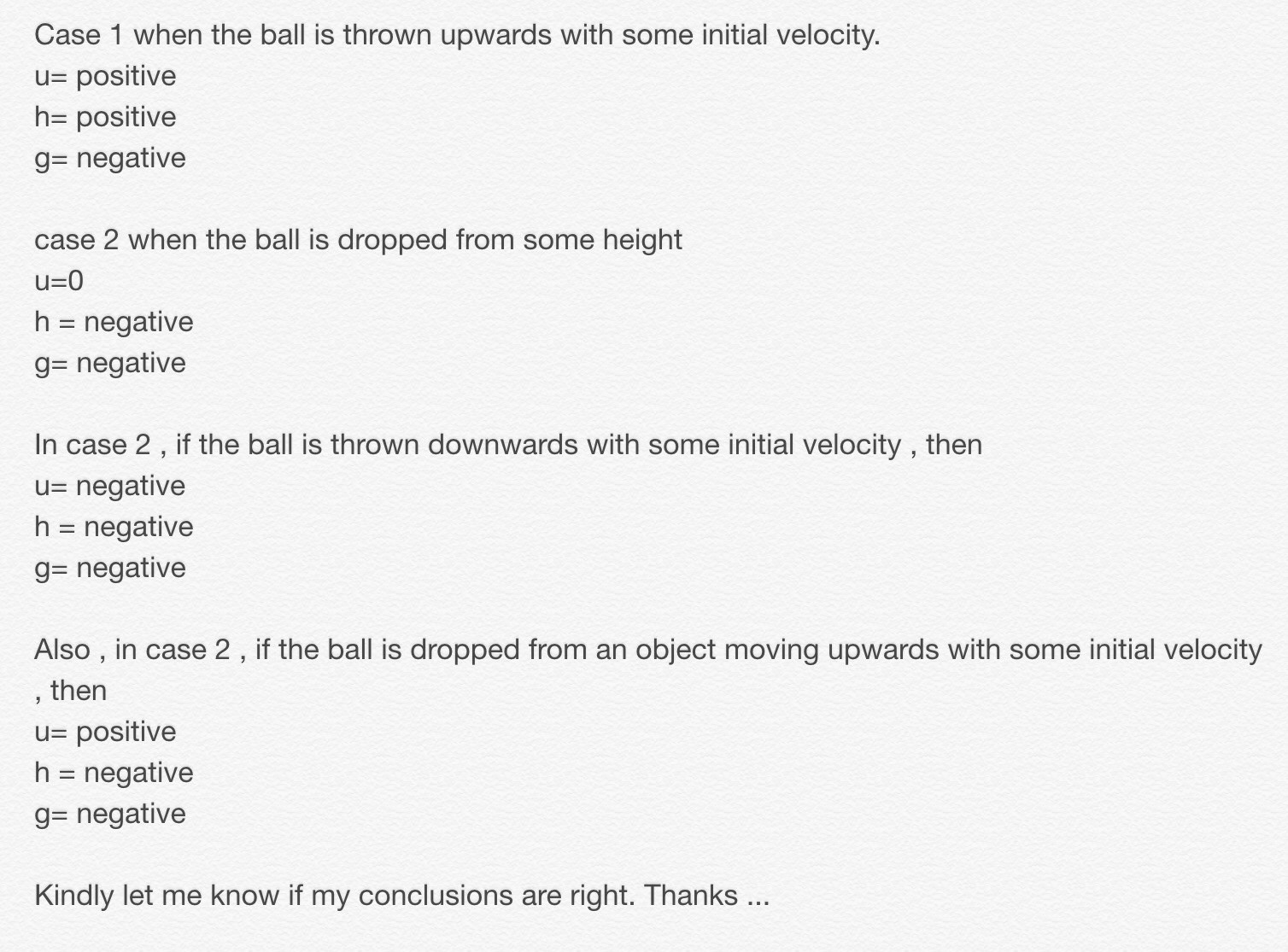 h is the height, and height is not a vector quantity. It is a scalar quantity, so it should never have a negative sign. Instead, your displacement s is a vector quantity. When an object falls from a height of h, the height is always positive no matter the direction, but if you set "upwards" as the "default" direction, then your displacement s is negative, or s = -h, and hence s is negative just as it should be. Do not confuse h with s.

Edit: I was wrong, scalar quantities can actually be negative, though generally length(and height) cannot. Things like charge and work can be negative, not to mention change in quantities which are very often negative, such as a drop in temperature.

Not the answer you're looking for? Browse other questions tagged newtonian-mechanics conventions kinematics or ask your own question.