Ask Question
Asked 5 years ago
Active 4 years, 11 months ago
Viewed 860 times
1
$\begingroup$
Closed. This question is off-topic. It is not currently accepting answers. 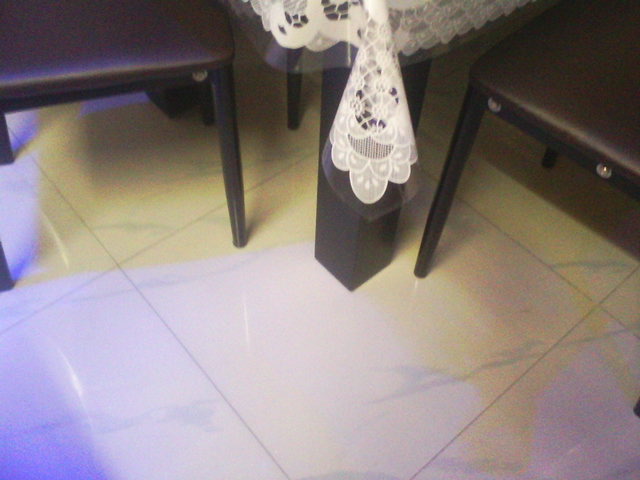 When I turn on white lights, these chairs cast a shadow. However, when blue LED lights are turned on the shadow turns yellow. Why is this? Is this due to interference of light or is it just an illusion?

It is likely to be an illusion -- on the colour wheel, blue is opposite to yellow. 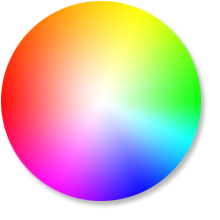 Your eyes adjust to the presence of the blue light (recalibrating, in a way), and the absence of blue is seen as yellow. This is probably also true for the white-balance algorithm on your camera.

Our eyes have two different light receptors, called cones and rods. The cones come in three variants that are sensitive to light in the red, green, and blue wavelength range, respectively, of the color spectrum. Thus, you could say that it is an illusion, in the sense that all colors that are not either red, green, or blue are our brains' way of representing light outside these wavelength ranges, or at intermediate ranges. 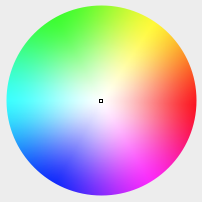 When you turn on your blue LEDs, you add blue to the white. In the shadow, however, you only see the light of your white light, but firstly, your white light may be quite yellowish (if it's a "normal" incandescent bulb), and secondly, when the shadow is surrounded by blue light, your brain tries to make it more discernable by "overcompensating" its color to make it the constrast color of blue, i.e. yellow. It's the same effect that makes the rings in the figure below appear colored, even though they're both gray (you can convince yourself of this by zooming in on the rings): 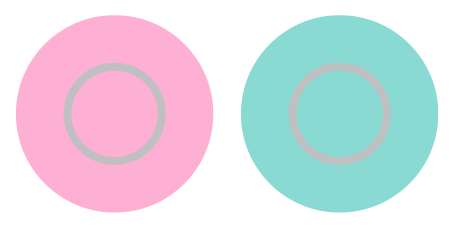 If instead of the white light you have a red, a green, and a blue lamp shining on a white screen from slightly different direction, you can have really cool colored shadows.

Not the answer you're looking for? Browse other questions tagged optics visible-light vision or ask your own question.

3
Can an invisible light source cast shadows?
2
Why does a white object lit by a blue light cast an orange shadow?
17
Why can't single LEDs produce white light directly?
4
How can shadows ever be sharp?
18
Why fast eye movement splits a white LED into the RGB components?
2
Why is blue darker than yellow in an analog black and white photograph?
1
Blue lights turning violet when reflected or scattered, how is that possible?
89
Why does a yellow object turn white under a yellow light? Shouldn't it turn yellow instead?