How did Kepler infer three-dimensional positions from Tycho Brahe's data?

This has bugged me for some time.

Tycho Brahe's data on planetary observations, presumably, consisted of the direction in which a planet was observed at a given date and time, but not the distance to the planet. What techniques did Kepler use to add a depth dimension to these observations, to create the three-dimensional data that one can start studying to arrive at his three laws?

And as the Mars is out side us, and rotates slower, it has an particular character that it even moves to "wrong direction" in the sky for a while. It must have been partially luck, that 5 of these observations is measures with enough accuracy this important point in orbit. (see link) Or maybe this was exactly the interesting "problem" they were laying their eyes at. Anyhow, this makes it quite easy to solve the distance with trigonometry. And this way Kepler had more then just the opposition positions of the orbit. This Picture explains how the rather simply trigonometry; aloud to solve also the distance through these observations. 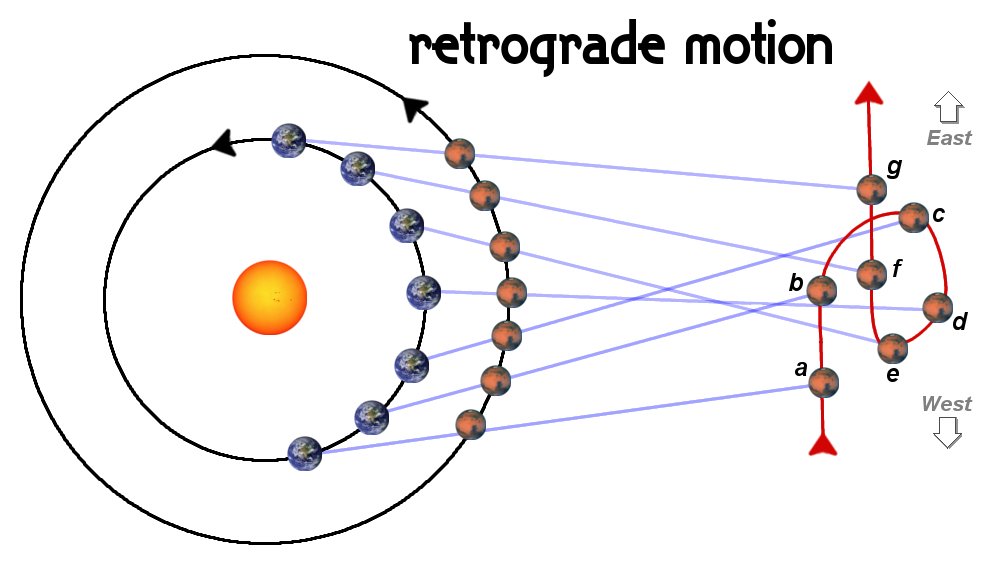 This way you can solve the shape of the orbit. Ofcourse you might not have any true distance to anywhere, so you must decide that ie. the Distance from earth to sun is "1-something" and then you can start to calculate the rest, even though you can't scale the "1-Something" to meters. At 2012, over 400 years after Tycho's death, this "1-Something" is claimed to be accurately 149597870700 meters. The first definition was made allready by Archimedes. I am sure he claimed his result as accurate, as the present knowledge. I don't know when the name "AU" was given. Tycho used the very wrong value from Ptolemy, 1/20 from the true distance. Linear scaling obviously doesn't seem to have any influence to shapes. And the way Tycho did he's observations even eliminates the possibility to such a mistake. He took the distance to sun granted and measured practically only angles.

The way to get the exact positions through angles is called Triangulation. This method was invented by cartographer Gemma Frisus in 1533. Even today, with Theodolite is exact 3D positions measured through angles only. By setting up the machine, you only need to show two known points to be able to measure Anything in 3D-space. Depending on what is known, you may need to measure these angles from two positions, to get a distance. And you do need to have some fixed position;

Kepler used a fixed position of Mars defined by it's orbital period; 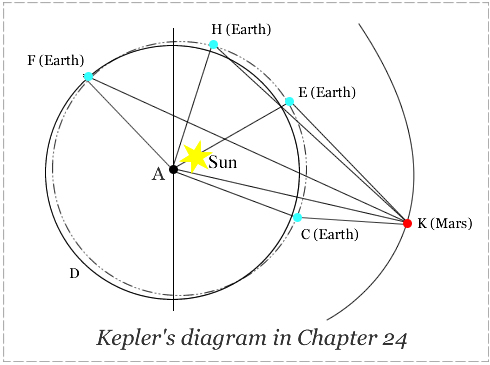 So to conclude this completely, the question was;

What techniques did Kepler use to add a depth dimension to these observations, to create the three-dimensional data that one can start studying to arrive at his three laws?

And the Mars provides practically two techniques, which are both introduced to this picture; 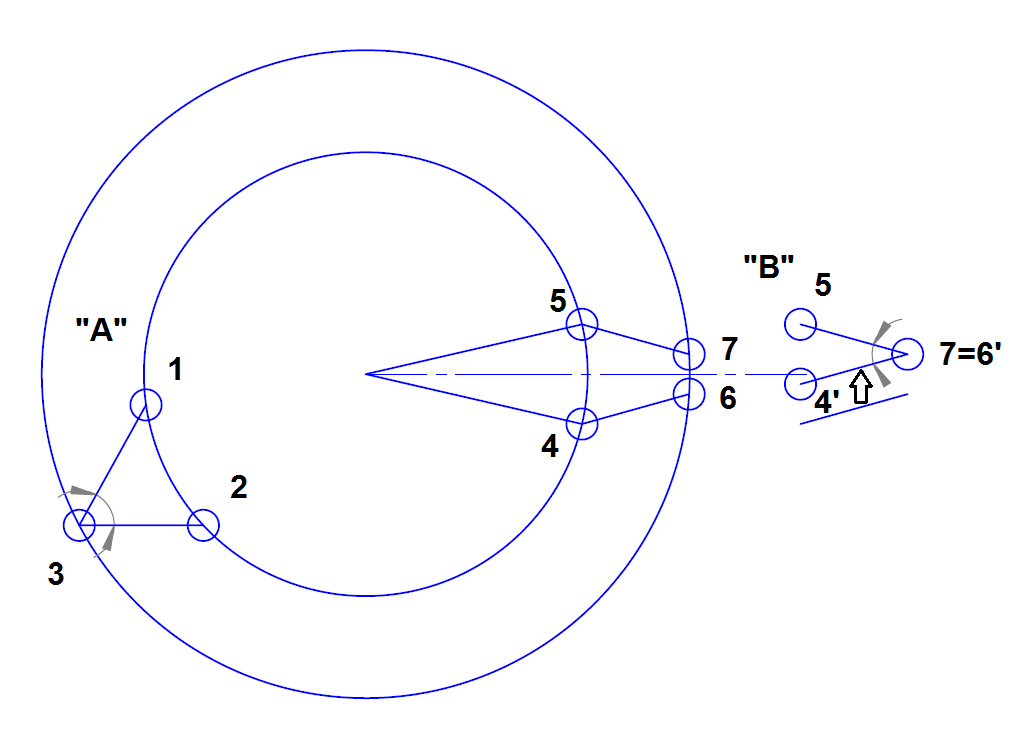 Technic "A"; The known Mars orbital period is used to fix the position of Mars(3), the angle is defined by measuring the directions to Mars at some Earth position (2) and then again exactly after 687 days, when Earth is in another position (1) because Earth has Orbitet 1.88 rounds (687/365). Two measurements made 2 years minus 43 days.

Technic "B"; The slower orbiting speed of Mars is used to produce quasi-fixed postion to Mars. The angle is first measured at Earth on 4 at the point when Mars "stops". Note that this position 6 is the Mars position "c" at the "retrogade motion"-picture. This Motion lasts 72 days, which means that 72/687 = 0.105 x 360 degrees must be removed from the movement of Earth, which is 72/360 = 0.2 x 360 degrees. This way the coordinates can be moved an the angle measured at Earth position 5 and Mars at 7/e can be used as a fixed point.

The measurement data of Tycho Brache aloud to define these distances 5 times with Methdod B,

And 16 times with Method A;

Declination, Ascension Rob's Comment forces me to improve this aspect. As seen in the first picture the data includes the Declination, the other key information was the Time, when the Mars was seen in fixed direction. This time was first recorded with only 5-10 minute accuracy, and later with a minute accuracy. This time is of course Apparent solar time. Which practically means, that it's directly the angle to sun in an orbital plane. This means that the Declination is not needed at all, to calculate the distances with methods A and B. The declination is needed only to define the Retrogade Motion points e and c. It should be further noted that the Solar Mean time varies in order +/- 30 secs in one orbit, which means that Tycho's time measurements made in with 1 min accuracy, were as accurate as it can be. This fact simplifies the calculations to 2D.

Time Measurement It should not be left without notion, that Tycho Brahe was apparently the first person in Earth, who was even able to do these measurements. The first clock, able to even measure seconds, was build in 1579. In 1581 Tycho redesigned his clocks, so that they could display seconds. Yet, his four clocks were not accurate enough; disagreement was $+/- 4 s$. The more accurate Pendulum clock was invented and build first in 1644.

Not the answer you're looking for? Browse other questions tagged astronomy orbital-motion history planets or ask your own question.

11
Was Jupiter's mass "guessed at" by Kepler or Galileo?
7
When and how were relative distances to the planets first measured?
3
How did Copernicus establish the relative distance to the superior planets?
7
How did Kepler arrive at his laws?
3
How did Kepler formulate his second law from data?
5
Can you use pulsar observations to determine absolute time? How long can you go without anything else?
4
Kepler's genius, How?