Could the Faraday's rotating wire experiment be explained without using Lorentz force?

I read Faraday's rotating wire experiment which resulted in the invention of the homopolar motor. He was clever enough to think it that way and make the wire rotate around one of the poles of the cylindrical magnet after observing the behavior of magnetic field around a current carrying wire. This can be explained by applying the Lorentz force acting on the wire. 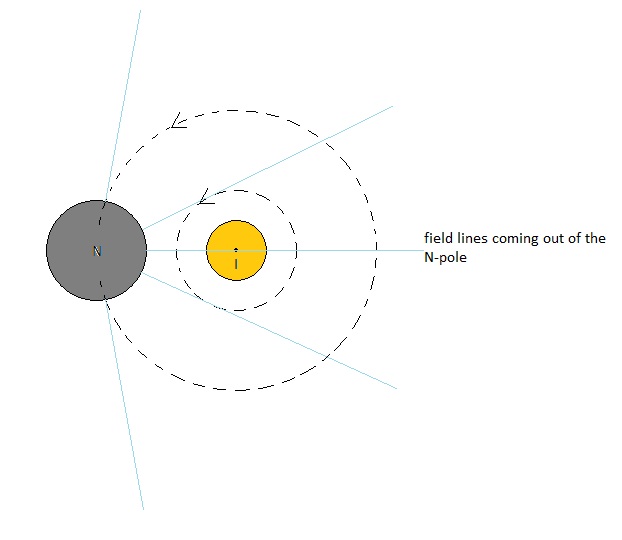 The grey disc is the N-pole of the magnet with its magnetic field lines shown in blue (forgot to draw arrows). The yellow disc is the current carrying wire with the current flowing out of the screen and the field lines are shown in dotted circles around it.
I could not find the correct way in which the "field lines" around the wire would tend to align itself with those of the magnet and rotate the wire in anti-clockwise direction as given by applying the Lorentz force on the wire.
In other situations like a magnetic dipole in an external magnetic field this can be explained by the torque acting on the opposite poles of the dipole or the moment of the dipole aligning itself with the external magnetic field.
But here I do not find any opposite poles or magnetic moment to think in that way. Am I doing any mistake in thinking like this?

Faraday explained the interactions between magnets and current carrying conductors in terms of relative motions. Rather than fields existing is a stationary space, Faraday conceived the interactions as being due to "lines of force", that seemed to be attached to physical objects.

Maxwell and Heaviside changed all that and reformulated Faraday's results in terms of electric and magnetic fields. However, in Maxwell's/Heaviside's formulations, it makes a difference whether a magnet is stationary and a conductor moving, or the conductor is stationary and the magnet is moving. (And similarly for electric fields). The Lorentz force was formulated to account for the experimental results (which require only knowledge of relative motion) in a theory of fields.

Einstein was dissatisfied with this solution, and restored the idea that relative motion is what is important in a system, by postulating that what is electric field in one frame becomes partially magnetic field in another frame, and vice-versa. So, we use the math according to Maxwell/Heaviside and Lorentz field formulations, but understand that only the relative motion of the parts of a system are important, per Faraday and Einstein.

Under the conditions you have drawn, the wire will move up (CCW with N pole as center). The theory behind this, is that the magnetic lines (from magnet and wire) cancel at the top of the wire, while at the bottom, they reinforce each other. This causes the wire to move CCW. My way of thinking is that cancellation creates a "vacuum" while reinforcing creates "pressure." The net result of this, is to force the wire to move in the direction of the "vacuum." 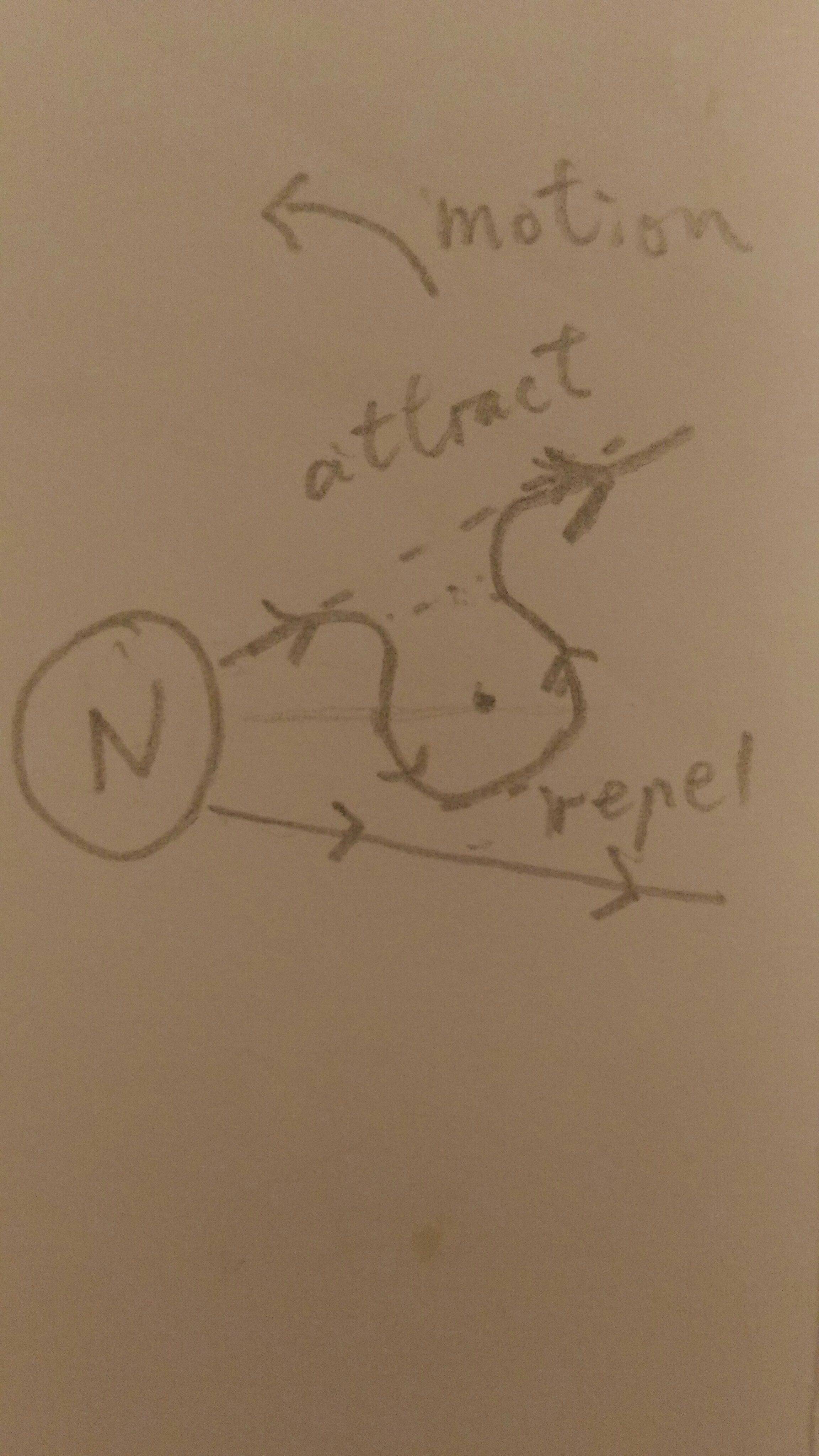 Not the answer you're looking for? Browse other questions tagged magnetic-fields electromagnetism or ask your own question.

3
The direction of the Lorentz Force
2
Lorentz force in homopolar motor
0
Attraction & Lorentz force, at the same time?
1
Reaction force from magnetic force
1
Faraday's law or Lorentz Force
5
Intuition on Magnetic Dipoles and Magnetic Moment
0
Conditions for corotating field and rotor in electromagnetic motor?
2
Does the magnetic field move with the current element that induced it?
3
Lorentz Force on a Current Carrying Wire
0
Why is the magnetic field around a straight current-carrying wire in concentric cirlces?