When just prepared, an espresso has a thin layer of foam, known as crema, on its surface. As I move my drink from the bar to a table, the motion destroys the homogeneity of the layer, but I've noticed that it's common to get regularly-spaced stripes of foam on the surface. The stripes of foam have wavelength of about $1\mathrm{mm}$.

Is there an explanation for these patterns and for this particular wavelength, or are they just formed by chance? (I don't have enough money to buy lots of espressos to do experiments...)

Edit: Here's a photo. The crema was initially uniform, but formed the stripes after I gently moved the cup back and forth and blew on the surface. 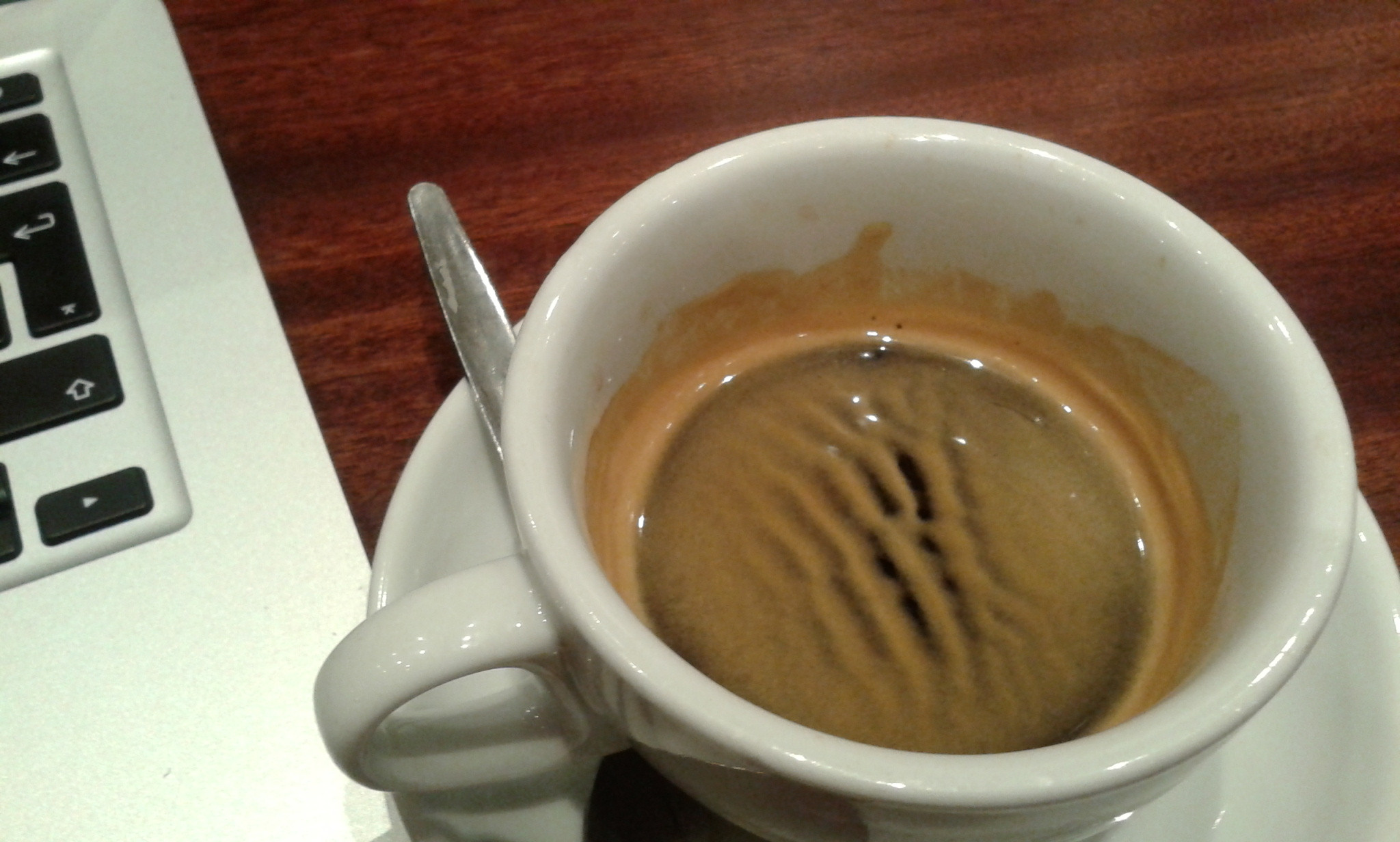 It looks to me as a capillary-gravity wave instability, caused by the relative motion of air with respect to the surface. Ripples appear on smooth fluids when a wind-like current blows over them, but will die quickly if it stops. The restoring force that allows them to propagate is surface tension.

Capillary waves are common in nature, and are often referred to as ripples. The wavelength of capillary waves in water is typically less than a few centimeters.

The wavelength of such waves depends on the surface tension of the fluid, besides of course $g$. The derivation of the general dispersion relation is in general non-trivial, particularly in a bounded domain, where additional lengt scales and curvature appear.

When you rock the espresso from side to side you make the surface larger and stretch the bubbles. When the surface comes back to its original size it is energetically more favorable for the bubbles to bunch (lowering their exposed surface area). Every time you rock the cup, the thinner region is stretched more (relatively) and so the bunches end up separating.

The regular spacing is an interesting phenomenon. I am not sure what factors drive it although I am pretty sure that total amount of crema (initial thickness of the layer) and average bubble size are factors.

Not the answer you're looking for? Browse other questions tagged fluid-dynamics everyday-life surface-tension or ask your own question.

5
Why does a pitcher with lemon juice have foam, while one with pure water does not?
2
Patterns in falling viscous fluids
1
Bubble sphere but what about foam?
0
Geometric Condensation Patterns on Windshield
23
How does rubbing soap on wet skin produce foam, and does it really enhance cleaning?
5
Why does the hiss of foam rise in pitch?