The name of effect of liquid flow inducing flow to neighboring layers of liquid?

How do you call an effect, when liquid or gas stream is involving the neighboring layers of matter also move?

Like on videos of rocket engines testing, when exhausting gas sucks an air and steam from behind an engine?

An effect is visible in an inset, where the nozzle is shown from above.

Bladeless fans work on the base of this effect: 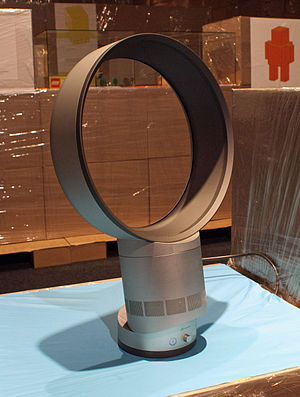 Air is emitted by the circle only, but it involves entire mass in the center to move.

Unfortunately it is said it uses Venturi effect, but I need term about movement, not pressure...

Entrainment of a fluid by viscous drag.

Not the answer you're looking for? Browse other questions tagged fluid-dynamics terminology or ask your own question.

5
Flow of liquid among branches
3
Spinning liquid to create a centrifuge effect
4
How does throttling effect the upstream flow?
0
Liquid Flow Over Object
1
Explanation of the liquid rope coil effect
0
Vertical pressure at the surface of a liquid flow
1
Why the name “relaxation time”?
1
How to solve for the flow of two layers of viscous sandwiched between two moving plates
0
Is there a name of the reactionary force to the pressure drag due to flow separation?