Rotational Inertia of a Disc and Subsequent Acceleration

This is more of a conceptual problem as opposed to anything wrong with the maths! (I think/I hope! :) )

But essentially the problem states: imagine a circular flat disc of radius $R$ and of mass $m$ that rests on a rough horizontal table. A light string is wound onto the disc and constant tension $T$ (where $T=mg$) is applied vertically downwards to the free end. There is no slip between the disc and the table. Show that the acceleration from rest at the centre of the disc is $2g/3$. 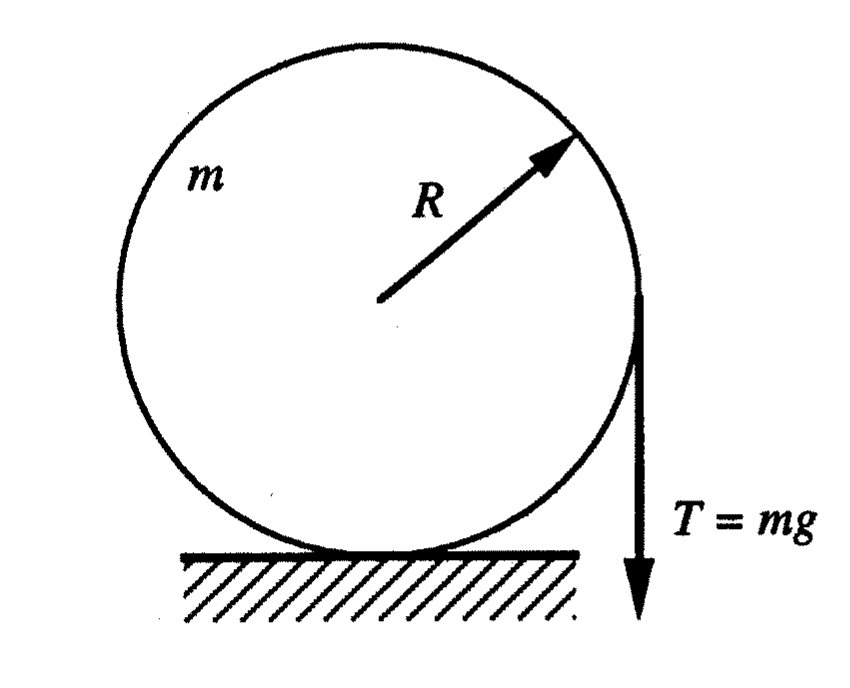 Now, I understand the equations required here are:

And my solution is as follows:

Inertia at Edge of disc is $3mR^2/2$ and given that the torque is $mgR$, the angular acceleration from the equation above must be $2g/3R$.

From the next equation therefore, the acceleration at the centre must be $2g/3$.

I apologise for this question because I presume the answer is exceedingly simple but I just can't get my head around understanding it! I'd very much appreciate any responses! 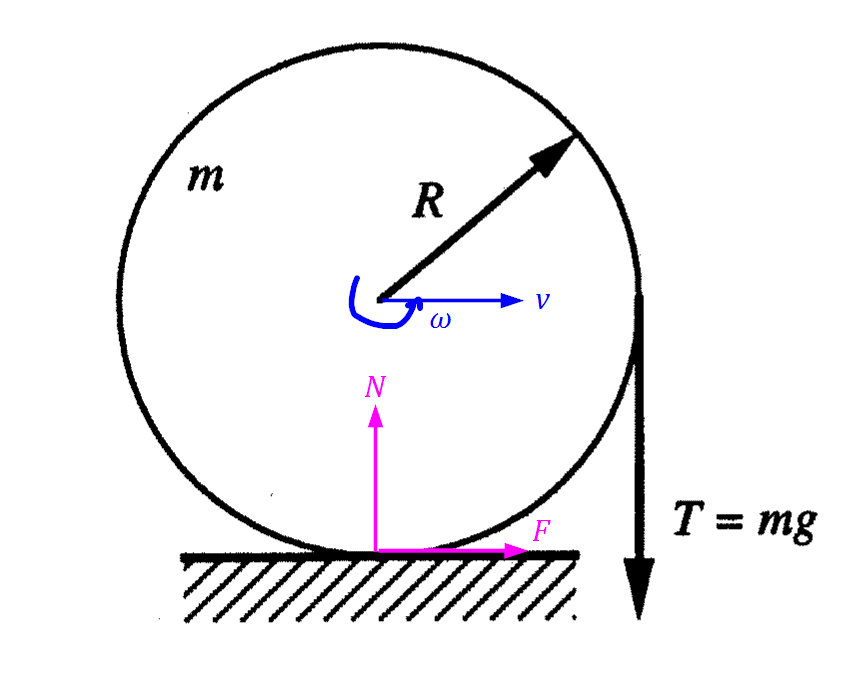 Also from the free body diagram $ F = \frac{2}{3} m g $ pointing to the right. If the results came out negative then I drew the picture with the incorrect sense for $F$.

I'm finding some difficulty trying to understand your question. It seems simple enough, but I hope you'll humor me. I assume there is the one force T, since you did not mention other forces. Then, if you mean the acceleration of the center of mass when you say 'and cceleration at the center', Newton's second law gives it away. T= ma ===> a = g. Now, as for which torque to use, it comes down to your choice of axis. For this setup, assuming I did not misunderstand, a simple choice of axis is around CM. Then, the angular acceleration is simply 2*g/R. I hope this helps!

The torque is force times perpendicular distance to the axis of rotation, $TR$, and the disk is (instantaneously) rotating not about its center but about a point $P$ on the surface (no slip): 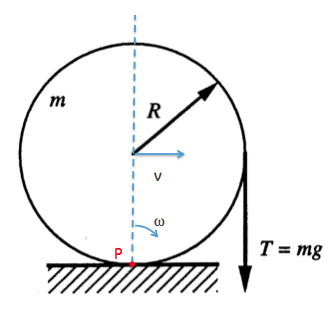 If you put $T=mg$ the above simplifies to

The acceleration of the center of the disk is therefore

the result you were looking for.

Not the answer you're looking for? Browse other questions tagged homework-and-exercises newtonian-mechanics rotational-dynamics moment-of-inertia or ask your own question.