For a given container made of an extremely reflective surface, is it possible to shine a beam of light in, and with no 'fiddling' (i.e. closing the hole, tilting the object) to contain the beam for an infinite amount of time (not a very long time, but such that it will never escape). Consider the following 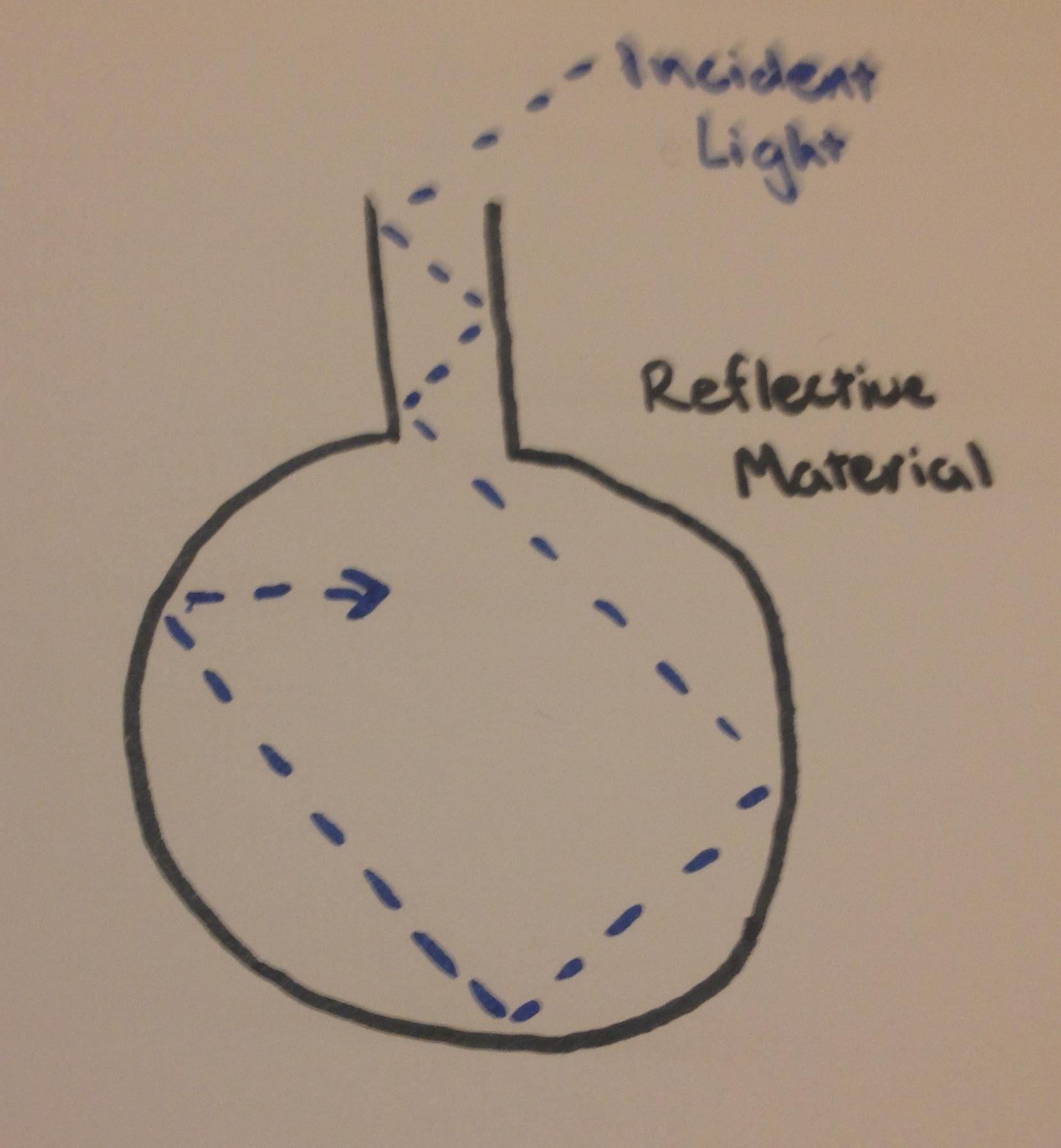 Something like this. Except I feel like the light will escape given enough time. Also, the object has to be finite in size (infinite is cheating). If there's a proof that no such container exists then that's fine too.

Ignore factors such as dissipation by heat, or quantum tunneling, and just assume a perfect environment with perfect materials.

With classical ray optics, yes. For example, it is possible to trap a ray between two reflecting spheres. Here are two pictures I created with one of my old computer programs (actually this was a teamwork project). 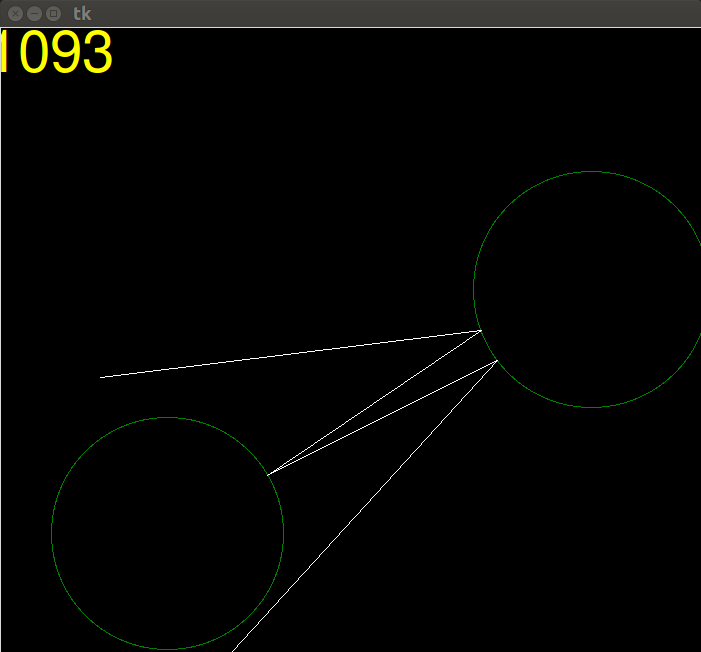 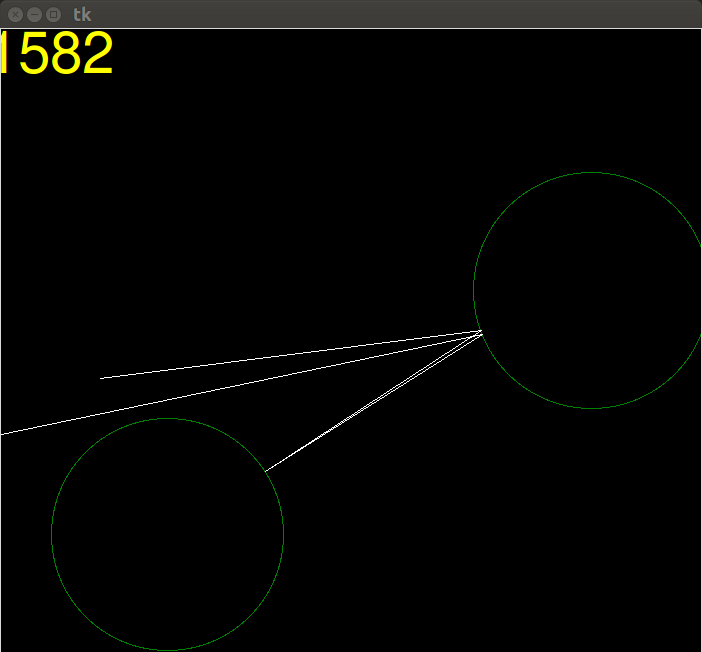 On these two pictures, the incident ray was directed at slightly different angles. It is quite clear, that there exists some limiting case between these two angles, in which the light will not escape either downwards nor upwards. Obviously, we could also use such a system in a bottle.

However, it should be noted that the path of the ray is unstable. If we had taken account also wave-optics, the wave would have "leaked" away very fast from he unstable equilibrium. It turns out, that taking into account quantum mechanics, such a system could be used to heat a hotter body (inside to bottle) with a colder body (outside), which is a contradiction. Thus in real life, this is impossible.

I don't think there is any problem with this as a thought experiment. The container does not have to be infinite and when you close-off the container it will contain a radiation field with a finite energy density.

However in practice, even the best reflectors have a finite conductivity and a less than perfect reflectivity, so the radiation field would dissipate by heating the walls of the container.

You could also think about construcing your container out of a solid dielectric block, such that the light was totally internally reflected at each interface (an optical fibre). But again, there is no perfect dielectric and no perfectly smooth surface for ideal specular reflection. Eventually there will be absorption, scattering and even losses to the exterior through evanescent wave coupling.

Seems like they've found a way to do it!

The problem with my initial idea about using an ordinary container is described succinctly in the above article:

When light is put inside a cavity, it basically interacts with the matter that surrounds it (e.g., glass or metal), and this gives rise to microscopic charge oscillations, so that, similar to the Rutherford atom, the energy of the system is eventually radiated away.

The actual paper is here, I'll need a bit of extra reading to fully understand it. Seems really cool though.

6
Trapping a lightray
2
Can we have light through out the house with out light being switched on for all the time?

3
Redirecting light beams from beam splitters
4
Focused beam of light
1
constant speed elevator light beam paradox
2
When does a monochromatic beam of light on a reflective surface get completely transmitted?
3
Why does light reflect?
0
Can we capture light?
0
Cube Beam Splitter Ratios in Reverse
5
Light beam vs sound beam