The relativistic effects of angular velocity 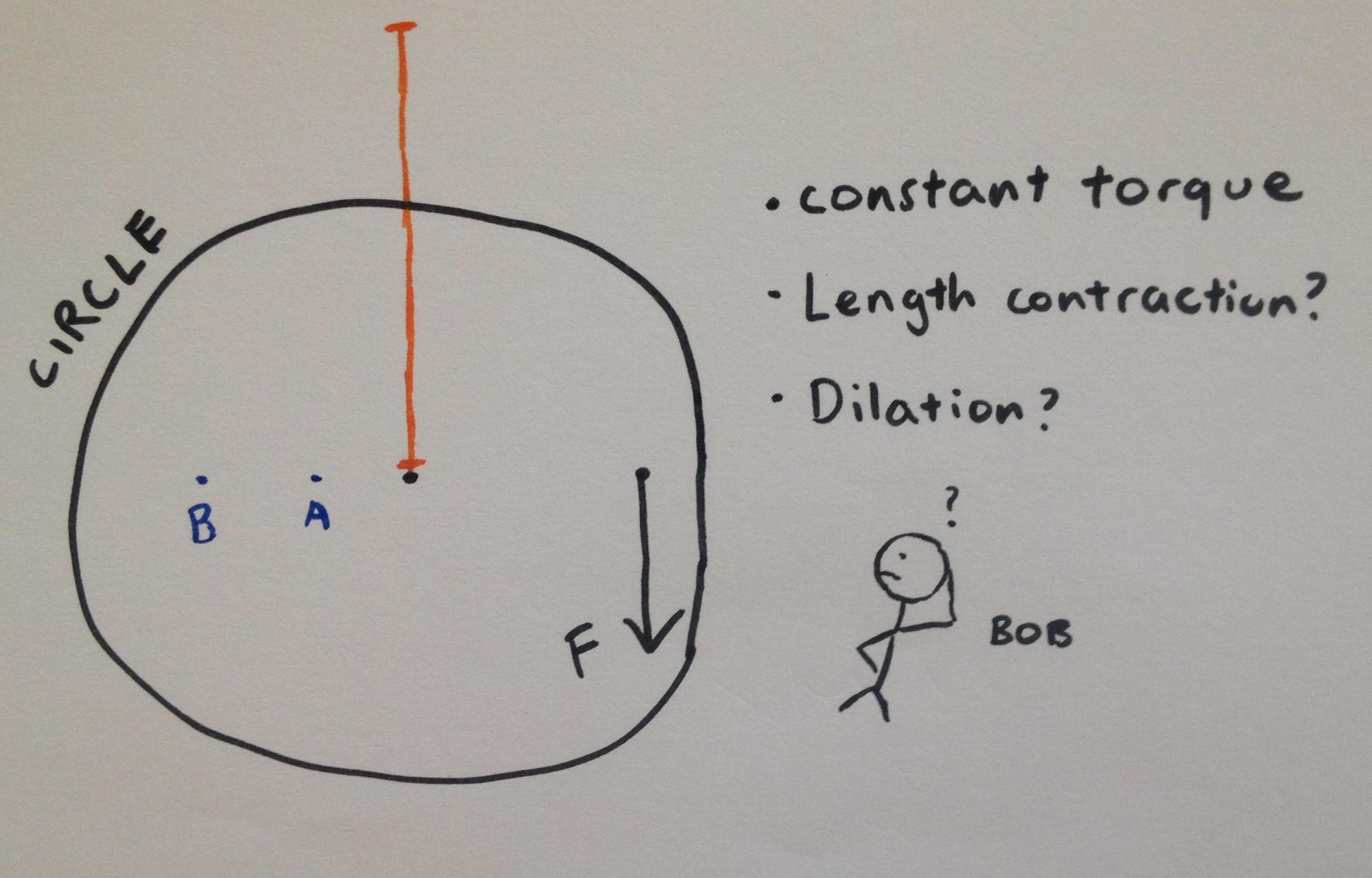 Imagine I have a circular disk in a vacuum. I apply a constant force, so a constant torque on the disk. My first question is: does this disk have a angular velocity speed limit? I believe it does, simply that each point on the disk's linear velocity ($v = r\omega$) cannot exceed the speed of light. That makes sense.

So say I speed the disk up to relativistic velocities, and assume the disk can withstand all sorts of forces trying to rip it apart. What exactly happens? For an outside observer(Bob) would he observe length contraction? And if he does, what exactly would it look like? The outer edges would have faster linear velocity, so they would be contracted... more? Or does length contraction not apply like this?

EDIT: Thanks Qmechanic, answer for length contraction is explained here

Does time dilation apply? I believe it does, as for an observer at $A$ and an observer at $B$, a centripetal force is required to keep them on the disk, and thus general relativity would mean that $A$'s clock would run ... slower than $B$'s clock? Lets say we had an orange rope, as shown, stationary to the outside observer bob. $A$ and $B$ send a red and a green pulse respectively when they pass the orange rope. Does time dilation have any effect on how Bob sees the flashes of light?

Browse other questions tagged special-relativity time-dilation angular-velocity or ask your own question.

30
Is gravitational time dilation different from other forms of time dilation?
18
What is “special” and what is “general” in Relativity?
13
Distance in relativistic circular motion in invariant spacetime
3
How does Lorentz Contraction apply to the edge of a spinning disk and is π still constant?

3
Does this proof for time dilation ignore length contraction?
1
Gravity and velocity increase and time effects problem
1
Question about time dilation for a traveler that can reach the “edge” of the universe
1
A big confusion regarding to the 2 thought experiments of Relativity of Simultaneity leading to other confusions
3
Relativity tangential light clock
1
Does an object falling into a black hole appear to become flat for an outside observer?
4
Bob sees Alice never reaching the event horizon. What does Alice see when looking at Bob?
0
Will the effect of relativistic length contraction make object smaller or flatter?
2
Am I understanding the equivalence principle correctly?