What is the relation between Rössler attractor and thin accretion discs (like in the movie Interstellar)?

Is there any relationship between the Rössler attractor and thin accretion disks, like the accretion disk(s) in the movie Interstellar?

I don't think there is any, the accretion disc is assumed to actually just be a disc in the equatorial plane like the rings of Saturn, it only appears distorted due to strong gravitational lensing of the light it emits, see my answer here. And their appearance isn't even the same, the Rossler attractor has a cusp or bulge in only one direction out of the disc-shaped region: 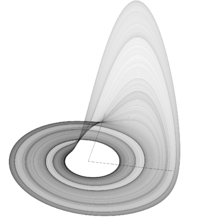 Whereas the apparent visual shape of the accretion disc has two bulges above and below the equatorial region, and the portion that actually appears to be in the equatorial plane doesn't extend around a full 360 degrees: 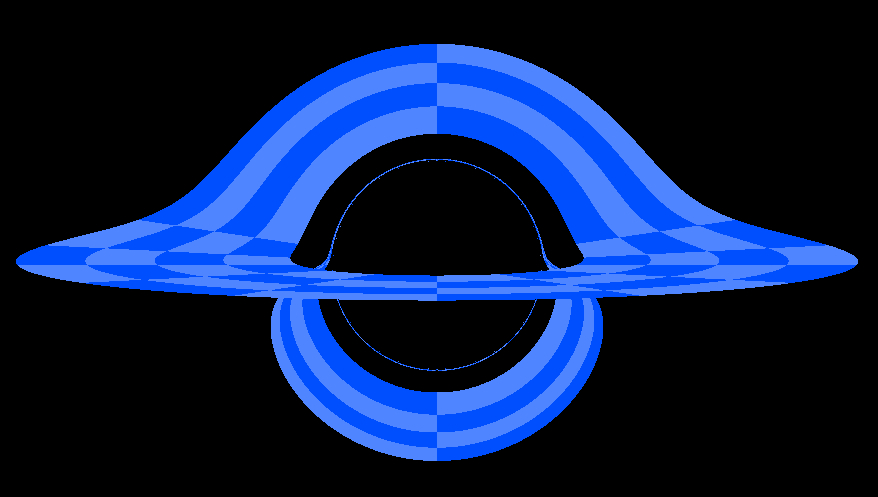 27
What does this depiction of a black hole in the movie Interstellar mean?

6
Accretion disk physics - Stellar formation
3
Is there a doppler effect on the images of stars around rotating black holes?
1
When produces the double pendulum a strange attractor figure, indicating chaos, and how does it look like in 3d?
0
Angular momentum, its conservation and Nebula theory
5
The difference between sub-Eddington and super-Eddington accretion disk models
3
What happens to the accretion disk when two black holes merge?