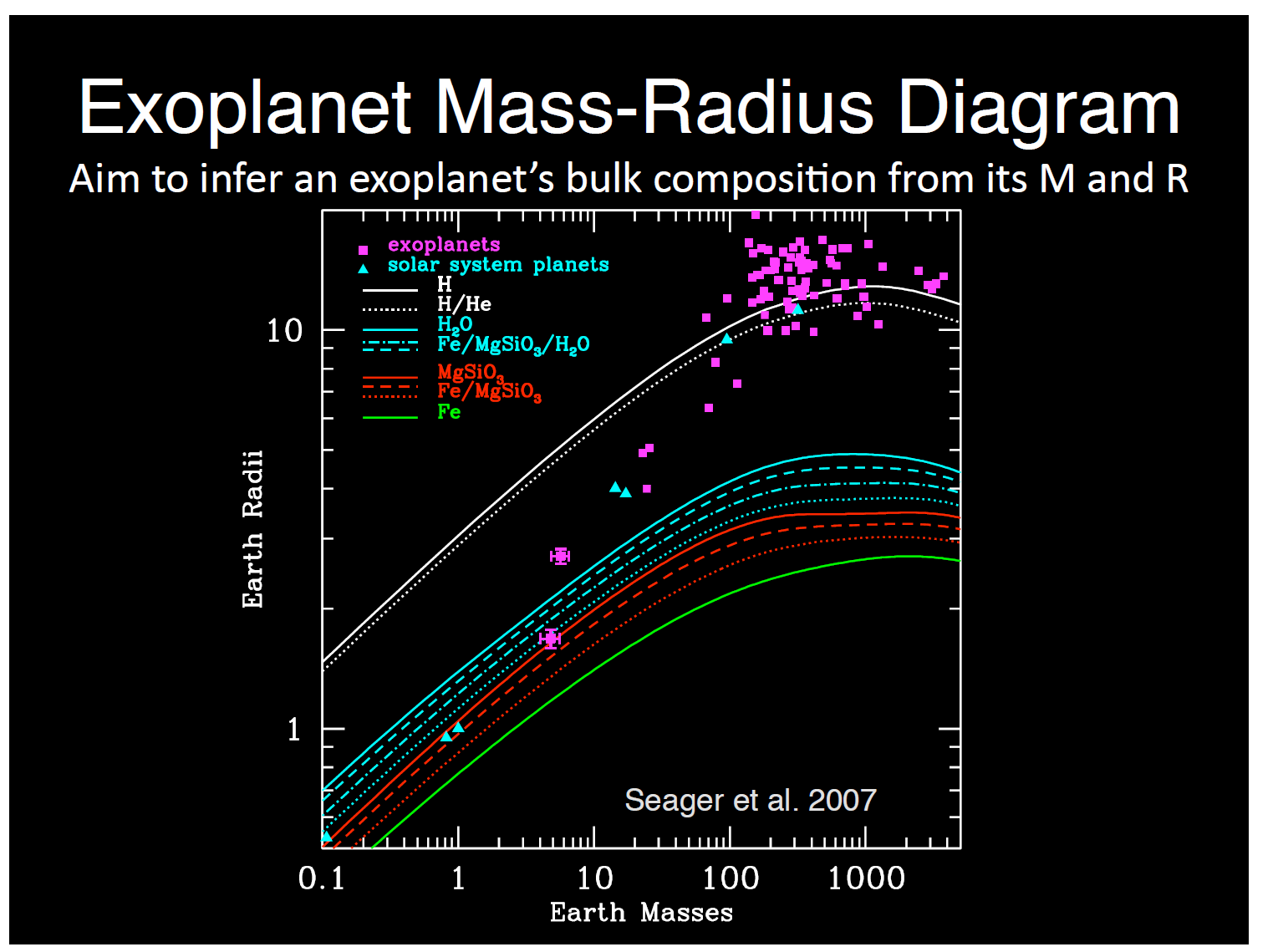 But I'm not entirely sure I understand what's going on. Is it just, that most exoplanets discovered, is pretty much made up of Hydrogen and Helium ? And then a couple (Like around (1,1)) have the composition like the earth i.e. iron and such.

Not the answer you're looking for? Browse other questions tagged mass astrophysics exoplanets or ask your own question.

6
Is there a distinct size limit between planet and star?

8
Exoplanet detection via space-based parasol
8
Is a rogue 'exoplanet' classed as a exoplanet?
5
Is there an established standard for naming exoplanets?
9
Word for the star around which an exoplanet orbits:
7
What is the percentage of stars with planetary systems
1
Multiple planets orbiting a star
10
How can a gas giant be about the same size but six times more massive than Jupiter?
1
On Planets orbiting binary stars
40
Is our solar system really that odd?
2
How can spectroscopy be used to find the composition of exoplanet atmospheres?