Could this planetary superalignment happen?

Here's the 'superalignment' I'm referring to: 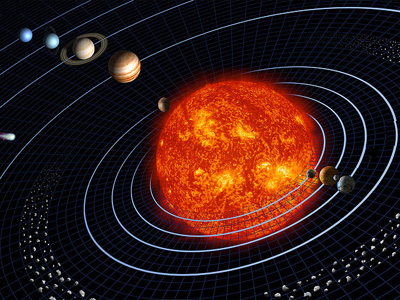 We've all heard the stories about 'mystical planetary alignments' that will increase/decrease the effective surface gravity experienced on Earth (one debunked here on snopes), sometimes referred to as 'Zero G Day'.

What I'm wondering is: what would be the maximum possible effect on a given weight (ratio of 'normal' weight to 'alignment' weight)?

Also, how often (if ever) could this happen?

I have calculated the resulting effects of this 'superalignment':

The result is that with the planets and our moon aligned as much as they can be to have their forces be additive, their gravity culminates in a $\pm0.06\%$ difference. Since I weigh 90kg, I would weigh 89.94 kg at noon and 90.05 kg at midnight.

SciShow covered this and their sources are in the video description. It probably can't happen, but it depends on your tolerances.

Planetary alignments have a "quality" which is how far apart in the sky the planets are allowed to be and still considered in "alignment". All planets lined up in a nice straight line from the Earth to the Sun? Almost impossible due to the planets' movement above and below the plane of the ecliptic. How about lining up in just two dimensions? Also almost impossible, there are too many moving parts.

This source from the National Solar Observatory calculated the next time the planets will be aligned within 30 degrees is March 20, 2673 and the last time was Jan 1, 1665. There's details in the article.

Not the answer you're looking for? Browse other questions tagged orbital-motion planets solar-system celestial-mechanics or ask your own question.

2
Planetary alignment of the gas giants?

13
Mars just collided with Earth! A question of eccentricity
10
What if the Moon was 100x more massive: Binary planets?
11
Gravitational slingshot maximum
2
Planetary alignment of the gas giants?
4
Shape of planetary orbits
4
Is there a prediction when our solar system would fall apart?
2
Would the centrifugal effect of the Earth orbiting around the sun cause the weight of an object to change?
1
Space Elevator - Could We Do It?
0
Ever looming shadow