It's known that a temperature change of $\Delta T$ with respect to a base or reference level produces a thermal strain:

where $\alpha$ is the coefficient of thermal dilatation (i.e. thermal expansion coefficient). Thus stress can be obtained by $\sigma=E\epsilon$.

In my system, which is a nanoscale copper wire (e.g. $T=64nm$, $W=32nm$ and $L=2um$), temperature distribution is not linear as it is shown in the following figures: 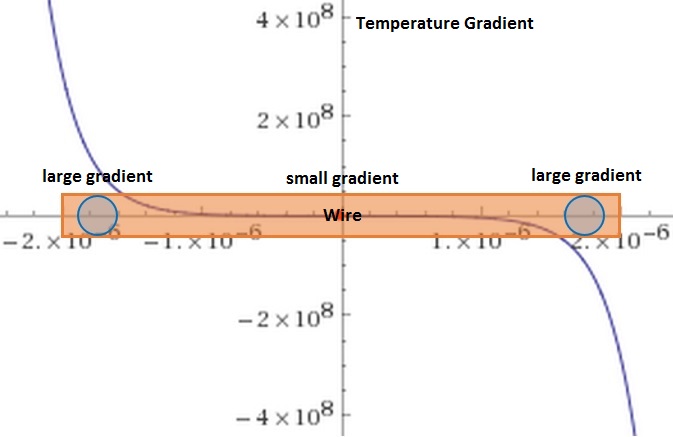 It has been experimentally reported that in a presence of a large local gradient in temperature (even with a small $\Delta T_{max}$), failure might happen (i.e. mass transports and void nucleates as it's shown in the following figure). 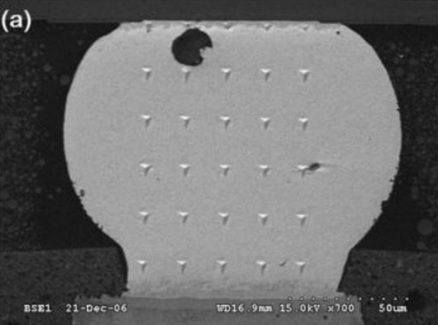 It can be seen that this phenomenon cannot be explained directly by $\epsilon_T=\alpha \Delta T$. I'm wondering how this large local gradient of temperature can be related to strain/stress properly. Because, as I mentioned above, the thermo-migration mortality of a wire is judged based on the critical hydro-static stress. Simply speaking, I'm hoping to find a relationship like: