Suppose that in the future a highly resistant spacecraft went to the Sun and collected three samples of the Sun: one from its surface, one from its core, and one midway.
The three samples were put into three high-tech jars which could preserve the samples perfectly (so the temperature, pressure, etc, of the three samples are not altered).
The three jars were then brought back to Earth, and exposed into a museum.

Please provide pictures if you can.

You ask "what would we see", meaning you want to know what kind of radiation is given off.

(i) sample from the surface looks like the surface of the Sun. i.e. it emits close-to-blackbody radiation at a temperature of 5800K.Except it now can't be a blackbody since you've taken it out of its environment. A black body is both perfect absorber and a perfect emitter and your sample would be neither. It would be a hot, optically thin gas at a temperature of about 5800 K. The gas would be partially ionised, you would see Balmer emission lines, probably emission lines due to alkali metals (sodium - orange; potassium - lilac), it would look like a "flame".

(ii) Much hotter gas, and quite a lot denser (a few g/cc). The mean free path of a photon is only 1-2cm, so if your sample jar was big enough this might emit radiation as a blackbody at a few million Kelvin. What would you "see" - basically blue-white light. Most of the radiation emitted would be in the extreme ultraviolet.

(iii) Sample from the core. Much denser (150 g/cc) and much hotter (16 million K). Would likely be a blackbody at that temperature and would have a spectrum that peaked in the soft X-ray band. Appearance would be blue-white in the optical part of the spectrum. There would be nuclear reactions occurring. At those pressures and densities they are responsible for the entire solar luminosity from a core region over about 10% of the solar radius, but if you calculate the reaction rate, even a cubic metre of the stuff generates less than a kilowatt, so cannot sustain the huge flux of blackbody radiation.

So, in all three cases, as soon as you are allowed to "see" the gas, it will cool extremely rapidly.

See the Figure below and also the table in this reference. 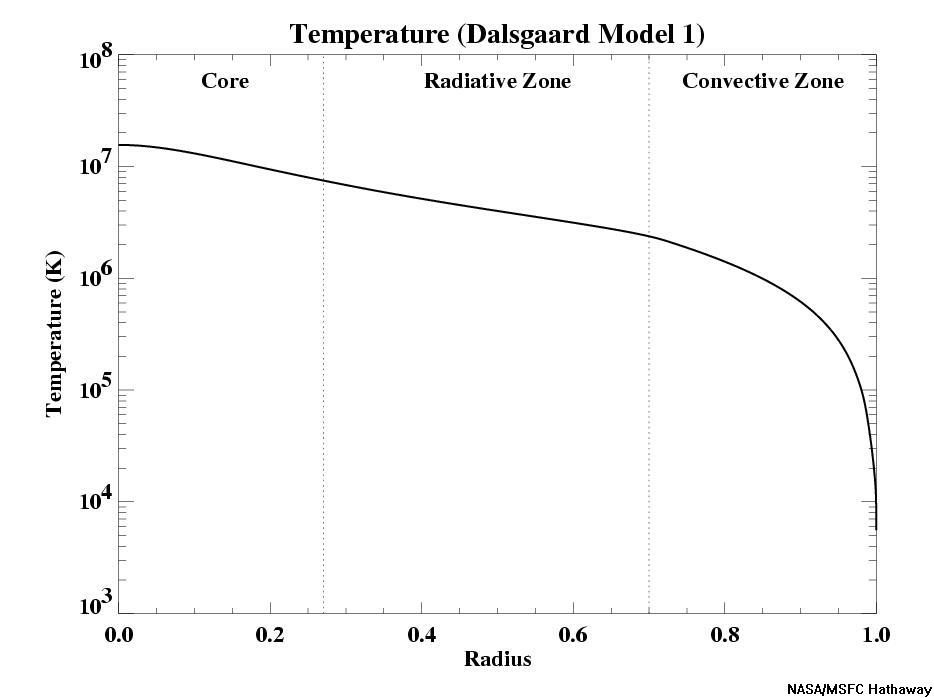 Not the answer you're looking for? Browse other questions tagged sun stars ideal-gas plasma-physics states-of-matter or ask your own question.

4
What does a hot, optically thin gas *look* like?

7
What is the actual energy content of the Sun?
3
What would a very massive rocky body look like?
10
Does matter found at densities of white dwarfs “feel” more like a solid, liquid or gas?
1
Model to predict temperature of the Sun?
4
What is the viscosity of Sun surface?
6
What would the sky look like if the Sun was a black hole?
1
What determines the surface temperature of the sun?