Is this static mechanical balance possible without trickery?

On damnlol.com, I came across this picture: 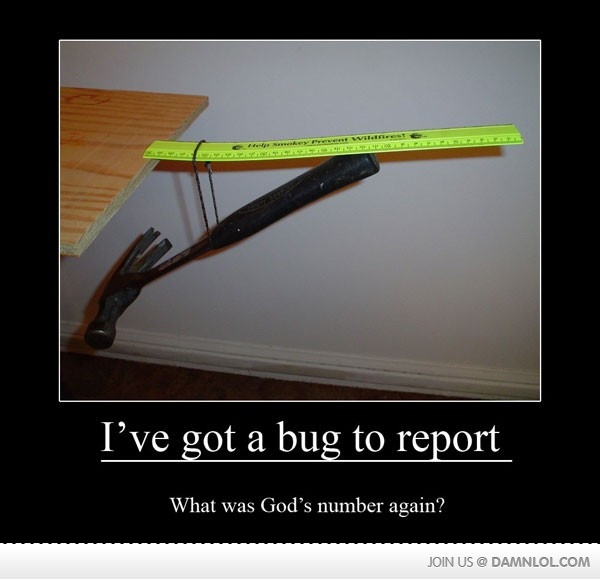 My question is: Is this possible without glue? If not are there similar situations in which something like this is possible ?

A static setup like this will work as long as any small motion of the parts would increase the potential energy. In this case, it looks like there is only one possible motion - rotation of the entire ruler-hanger-hammer piece about the axis where the ruler touches the table.

If the ruler were to rotate down a little bit, the entire hammer would go down some, decreasing its potential energy. However, it would also rotate, raising the head, where most of the mass is, and thus increasing the potential energy. When these two effects cancel, the system will be in equilibrium.

There are other, equivalent ways of doing the same problem. For examples check out these questions:

Why does the weighing balance restore when tilted and released

Not the answer you're looking for? Browse other questions tagged gravity statics mass or ask your own question.

5
Is it possible that the force due to gravity varies based on density?
2
How is it possible to move something without completely lifting it?
0
Are there any naturally occurring examples of photons without mass?
1
Interpreting force components in statics problems involving inclined planes or similar
0
Is the minimum mass of a black hole the planck mass?
43
Hanging a hammer from a table and a stick so that its midpoint is outside of the support of the table