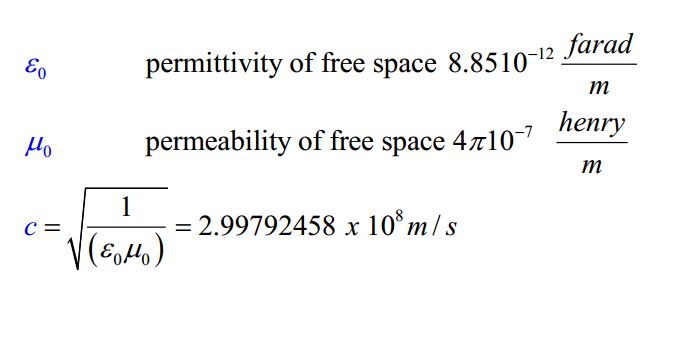 I understand the speed of light to be an EXACT number. If permeability of free space has a factor of pi in it, how can this be?

We use the MKSA system because it's fairly convenient for most every day purposes (for the most part). Nature, however, does not know what a meter or a second is to define $c$ and force photons to travel at it; it is what it is due to a fundamental symmetry of the universe.

Neither of these numbers is any more correct than the other, but we have an accepted and defined system of units that we work in.

Maxwell's equations can be written down without using $\epsilon_0$ or $\mu_0$, either through the use of appropriate field definitions (i.e. introducing displacement ${\bf D}$ and magnetic field strength ${\bf H}$ or by adopting a system of units in which $c=1$. It is often more convenient to do this when working with theory, but in the end, if you are trying to build an antenna, you want to know what current (in Amps) is going to generate what electric field (in Volts per meter) and what power (in Watts), and in order to make these connections then physical constants must be defined that relate one quantity to another in our chosen units.

In fact the current (no pun intended) SI system of units chooses to define $\mu_0$ by making the force between two wires carrying 1A that are 1m apart exactly $2 \times10^{-7}$ N/m. I think this sentence is actually the answer to your question - it is the way that the SI definition of an ampere works. But SI units also choose to fix the value of $c$ and this then leads to a fixed value of $\epsilon_0$. The corollary of this is that electrical charge is not a fundamental unit, but defined in terms of the ampere and the second.

This adopted value for teh speed of light was specified at the General Conference of Weights And Measures on 21 Oct 1983.

It is easier to remember the accurate value: "1 Planck length per Planck time" or even an inaccurate (~+1%) early estimate: "2,202 yojanas per half nimesa".

The early estimate of the speed of light is well explained in the papers "The Speed of Light and Puranic Cosmology" and "Concepts of Space, Time, and Consciousness in Ancient India".

Two problems with that answer are it's inaccuracy and inapplicability to modern mathematics.

Similarly you question the use of the International System of Units (SI) and electromagnetic constants use of π to define the speed of light, but if you will use π in your calculations it can be convenient. It's use has been rationalized.

That option for deriving c does not directly depend on a measurement of the propagation of electromagnetic waves, it uses the relation between c, the vacuum permittivity ε0 and vacuum permeability μ0 established by Maxwell's theory: c^2 = 1/(ε0 μ0).

Another way to measure the speed of light is to independently measure the frequency f and wavelength λ of an electromagnetic wave in a vacuum. The value of c can then be found by using the relation c = fλ.

You can also avoid the use of ε0 and μ0 by using Heaviside–Lorentz units units, they are the unit of choice in High Energy Physics (particle physics).

See "Babel of Units. The Evolution of Units Systems in Classical Electromagnetism" by Neal Carron where he recounts the history of the development of units systems in electrodynamics, and fully derives how each system is constructed for: pure Electrostatic Units (esu), pure Electromagnetic Units (emu), Gaussian, a variant-Gaussian, Heaviside-Lorentz, and SI systems.

An appealing aspect of SI is that, of all the units systems, Maxwell’s Equations appear in their simplest form; no numerical coefficients occur multiplying terms.

The main advantage of SI units is popularity. The entire engineering world runs on volts, ohms, farads, etc (all SI units), so almost any discussion of electrical equipment or experimental apparatus will be in terms of SI units. The main advantage of Gaussian units is that they make fundamental physical issues and theoretical relations involving electromagnetic phenomena more clear. For example, special relativity and quantum electrodynamics are simpler, more transparent and more elegant in Gaussian units than in SI units, and generally the various formulas of electromagnetism are simpler and easier to remember in Gaussian units than in SI units. Gaussian units are really the simpler system of units, and they would be better for pedagogical purposes were it not for the fact that students must deal with SI units some day anyway.

SI units have gradually been winning the popularity contest against Gaussian and other systems of units. Almost all engineers, most chemists and many physicists now use SI units almost exclusively, and undergraduate courses in electricity and magnetism are now normally taught in SI units. Book publishers have contributed to this trend; they want books written in SI units so engineers will buy them. Nevertheless, it is unlikely that Gaussian units will ever be completely abandoned, because they are so superior for fundamental physical questions.

Neil Carron states: "most (but not all) undergraduate level physics textbooks and engineering texts employ SI units, while most graduate physics texts use Gaussian units" on page 51 of his aforementioned paper.

In a plane wave in vacuum

That's how π gets it's feet into the equation.

Heaviside choose units in which the denominator was 4πr^2 in the force law for problems of spherical symmetry, or 2πr in cylindrical symmetry.

A system with that convention is now called Rationalized (a possible play on words). Thus esu, emu, and Gaussian are unrationalized systems; Heaviside-Lorentz and SI are rationalized.

A factor 4π enters at all because of the way Coulomb’s law relates the electric field E (force per unit charge) outside a volume to the charge Q in the volume. It is fundamentally because the surface area of a sphere is 4πr^2.

When you rationalize Gaussian Units, the result is called Heaviside-Lorentz Units. To obtain SI, two major changes are made. First, a fourth base dimension, current, is added, along with its unit, the Ampere. And second, constants ke and kB are chosen to take 4π’s out of Maxwell’s Equations and put them in the denominator of the force laws. Source: Neal Carron https://arxiv.org/abs/1506.01951 .

Few things are more confusing than the various sets of units employed in classical electromagnetism. Five systems (of very many) in common use are:

• The International System of Units (SI)

The International System of Units, universally abbreviated SI (from the French Le Système International d’Unités), is the modern metric system of measurement. It applies to all of physics, and is now officially preferred. In electromagnetic context it used to be called MKS or MKSA, or, more precisely, Rationalized MKSA.

Gaussian is commonly used in electromagnetism, especially in fundamental discussions. It has replaced pure esu or emu. SI and Gaussian are by far the most common systems today.

Variant-Gaussian is sometimes preferred to Gaussian because of the size of its current unit. It has no standard name, and is sometimes confusingly also called Gaussian.

Other natural systems are often employed (e.g. Atomic Units in atomic structure studies). Natural units systems are not really for classical electromagnetism, and are not discussed here. A good discussion is in Klauber [Kl13]. See also Tomilin [To99].

In 1980-something, the standard meter was defined (empasis on defined) as 1/299792458 of the distance light travels in a second. Since the definition of a meter is that exact fraction, when you measue the speed of light in meters, you get an exact number.

Not the answer you're looking for? Browse other questions tagged speed-of-light si-units unit-conversion metrology or ask your own question.

35
What is so special about speed of light in vacuum?
3
Why does the vacuum permeability have the value of $\pi$ in it?