On what basis is it said that lightning does not strike the same place twice?

Why is it that atmospheric lightning cannot strike twice in the same place?

I have heard this several times before, and recently I watched the movie "War of The Worlds", where the character played by Tom Cruise makes this claim during the alien attack. So, is there any physical rule or law that explains or proves this? Or is it said just on the basis of previous statistics?

I would have thought that actually it is quite the contrary. Some places are far more likely to get hit by lightning than others, and repeatedly. That is why tall buildings have lightning conductors. 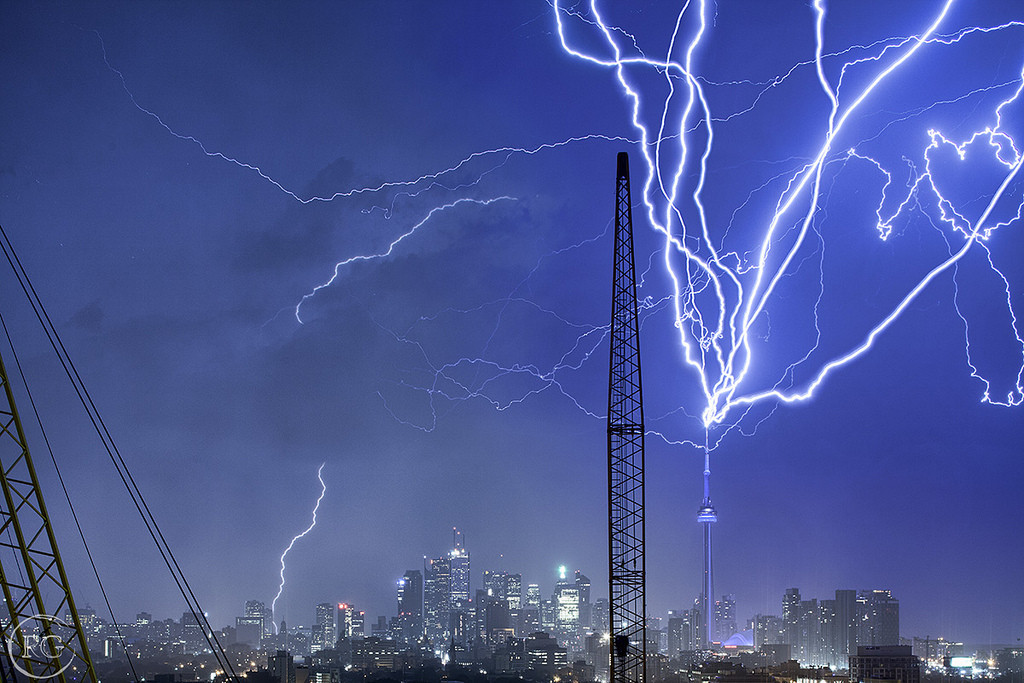 It is neither physical nor statistical. It is simply not true. On the contrary, lightning can hit more than once during one single thunderstorm, due to the channel that has opened in the first strike. David pointed towards one source.

There is no scientific law that says that and it's definitely false.

There are two reasons why it's unlikely to see lightening strike the same place twice:

1) The earth is really big, and lightening strikes will occur pretty randomly.

2) Lightening (cloud to ground or vice versa) occurs after there's a charge buildup between a point in the sky and a point on the ground. Lightening neutralizes that charge differential, so the process of charge buildup would have to start over from scratch once an area has been struck. This would only make striking twice in the same spot less likely during the same storm.

Lightning conductors on tall buildings are designed to be hit by lightning multiple times, and photographic evidence proves that it does.

Not the answer you're looking for? Browse other questions tagged atmospheric-science weather lightning or ask your own question.